What Kristen Stewart's Latest Interview Can Teach Us About Sexuality, Careers, and Growing Up 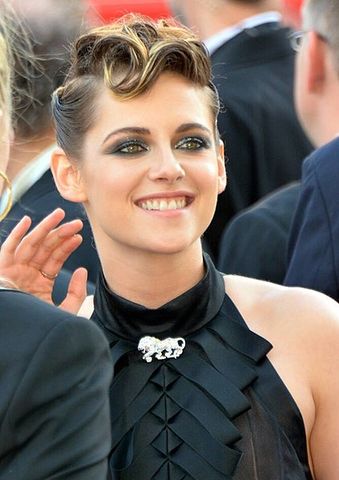 Kristen Stewart, a figure often made into a caricature or an impression to the public, is now opening up about the constraints put on her career and sexuality by the public. Most notably in her latest interview with Harper’s Bazaar, Stewart talked about how she has been advised to hide her sexual fluidity to further her career saying, “I have fully been told, 'If you just like do yourself a favour, and don’t go out holding your girlfriend’s hand in public, you might get a Marvel movie.’”  Stewart also revealed her past fear of disapproval over her decision to not identify with one singular sexual orientation. While much of the internet is appalled to hear about Stewart’s experience, the inability to accept her sexuality is in keeping with a large trend of conformity that had been placed on Stewart by the press and the public.

Watch our exclusive video with Kristen Stewart, the actress tells us what she's learnt about love, career, success and confidence: https://t.co/NsDtUZ8LdB pic.twitter.com/YW48wfZjN5

Stewart’s word choices say a lot about what it's like to explore your sexuality in the public eye. Like many other celebrities, Stewart was posed with the false choice between exploring her sexuality and moving on to other large projects. Though Hollywood continues to be praised as a progressive space, Stewart’s account shows how the threat of homophobia continues to control celebrities choices. It’s not just that you can’t like girls, but you can’t like girls and be Marvel level of celebrity. It’s jarring to imagine the extent of which Stewart has been asked to suppress parts available to her in order to fit the celebrity status she has quired. Additionally, Stewart was not only facing homophobia, but the rhetoric which often plagues people who identify as pansexual and bisexual. Stewart describes her struggle with not identifying as straight or gay as an ‘old school mentality’ describing it as “There are people in the world who don’t like you, and they don’t like that you date girls, and they don’t like that you don’t identify as a quote unquote “lesbian,” but you also don’t identify as a quote unquote “heterosexual.” And people like to know stuff, 'so what the fuck are you?’” Stewart, unfortunately, faced the backlash of rising to fame in a time which failed to understand the nuances of sexual fluidity, punishing her for not existing in a strictly heterosexual or strictly homosexual space. And while ignorance around the complexities of sexual orientation persist (point to conversations around Miley Cyrus), Stewart embodies a much more mature conversation around the “ambiguity” or life, citing younger generations as heralding a new understanding of these concepts.

I’ve read new interviews with Kristen Stewart and Robert Pattinson today and it’s amazing to see how much more comfortable they’ve both become with fame in the seven years since the Twilight Saga ended https://t.co/qGZhHdgqOr https://t.co/gs4OpNi2As

In a lot of ways, Stewart did sidestep the ‘Marvel career’ of it all, finding a path much more important. In the interview, she calls her choices of projects "the most random game of hopscotch,” and continues to base her career moves based off of working with friends over bigger features. She even talked about her upcoming passion project pursuing the long term goal of developing her own movie. But Stewart’s career isn't the only part of her which exists out of the expected trajectory of such a big name, her life displays a similar path outside the Hollywood narrative. She’s moved from avoiding the very personal question in interviews to welcoming whatever people want to throw at her. She’s accredited her comfortability with herself coming with older age, ignoring the agist pressure put on women to perpetuate an image of youth. And she’s continued to embrace her sexual ambiguity without labeling it. Not only do the standard Hollywood tropes not apply to Stewart’s life, but she’s also established much more fruitful examples of what it means to grow and lead on your own terms.

funny how when I was 12 I wanted to fuck robert pattinson and 6 years later I want to fuck kristen stewart pic.twitter.com/zmn5BBoMz8

Like most of my generation which followed Twilight with unhealthy levels of obsession, Stewart often felt like she belonged not just to the franchise, but to us. Her split from Pattinson broke my heart and her often over criticized public interactions made me cringe. And yes, her exploration of her sexuality in my young age and ignorance confused me. Yet, as I read Stewart recount facing her insecurities and her attempt to control her public image in her youth, I understand how my own expectations and judgment of her came from places of immaturity and discomfort with myself. I wanted her to fit understandable identities and narratives because that’s what every 14-year-old wants themselves. But what is clear now is that in chasing coincidence with labels or widespread acceptance, it would be easy to miss why Stewart's journey surpasses those goals. Now, 20 and trying to explore myself outside my own constraints, I envy Stewart’s ability to seek out self-fulfillment in her passions and relationships. Instead of seeking to conform, Stewart is currently exemplifying what it means to be her. And instead of trying to diminish the beauty in Stewart’s complexities so we can better understand her, we should all be looking to Stewart to better understand ourselves.

What "Twilight" Taught Us About Sex And Virginity

Tags: Kristen Stewart , gender , homophobia , queerphobia , celebrity
Support Feminist Media!
During these troubling political times, independent feminist media is more vital than ever. If our bold, uncensored reporting on women’s issues is important to you, please consider making a donation of $5, $25, $50, or whatever you can afford, to protect and sustain BUST.com.
Thanks so much—we can’t spell BUST without U.