"The Nightingale" Is Horrifying – Literally 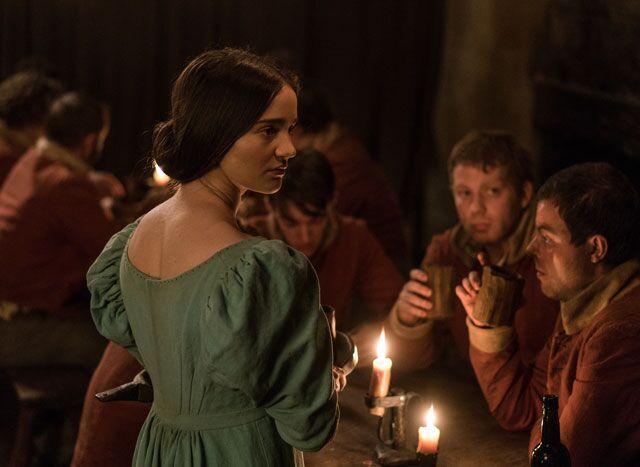 The Nightingale
Written and directed by Jennifer Kent
Out August 2

Jennifer Kent’s directorial debut, The Babadook, won countless accolades in 2014, and in her long-awaited follow-up, Kent’s protagonists face an even more terrifying monster. Set in 1825, The Nightingale opens on Clare (Aisling Franciosi), an Irish prisoner serving time in Tasmania. When her husband attempts to free her from her abusive captor, Clare is graphically gang-raped by British soldiers in front of him and her child, both of whom are brutally murdered immediately thereafter. It was at this point, at the press screening I attended, that every other woman in the room quietly left the theater.

From there, the film doesn’t get any easier to watch. Clare teams up with Billy (Baykali Ganambarr), an Aboriginal man facing his own trauma and grief, to track down the soldiers and enact revenge. Billy’s arrival adds a necessary conversation to the film—one about the horrific treatment of Aboriginal people during the colonization of Australia. But unfortunately, despite excellent performances from both Franciosi and Ganambarr, most of Billy and Clare’s screen time just depicts them on the receiving end of incessant, violent, racism and rape, respectively. And as important as these topics are, The Nightingale places literal horror over plot, characterization, and any kind of analysis. (2/5)

'The Babadook' Director Jennifer Kent Faces Her Shadow Side: 52 Weeks of Directors

5 Horror Movies Directed By Women That Are Worth The Nightmares