Fat Roles and Fat Rolls: What the Ursula Casting Tells Us About Roles for Fat Women and Femmes 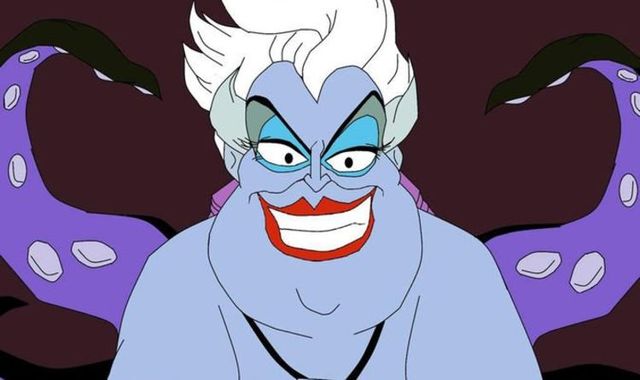 You may have heard that Disney has cast Melissa McCarthy as Ursula in the upcoming Little Mermaid live action movie. If your timeline is anything like mine (full of fat people who are especially protective of Ursula), you have probably also heard that a lot of people are not happy about this. I have absolutely nothing against Melissa McCarthy as a person, actor, or comedian: I actually like her. But this is not about her. This is about the fact that there are so few roles for fat women (or fat people who can play women) that when a role does come up, the few fat celebrities that are big (no pun intended) at the time are pitted against each other.

Before I go further, I want to make a note on Ursula’s Blackness.  Whether she is Black or not is a matter of debate, but there is definitely a valid argument that she should be played by someone Black. There is a huge aspect of this story that I just cannot tell as a white person because I don’t fully understand all of the nuances, and I really hope that someone tells it. What I can say is that if you think things are bad for fat white women, things are much worse for fat Black women who have to deal with misogynoir along with fatphobia. This role going to a white woman, when there are even fewer opportunities for fat Black women, makes this news even worse.

Which brings me to Lizzo. Lizzo has had an amazing year that's included beating BEYONCE to a number one album. She was also a a fan favorite pick to play Ursula and tweeted about wanting the role. Now, Lizzo fans are angry that she didn’t get it. While I’m fairly indifferent about whether she should be the final choice, she would definitely be a better pick than McCarthy. I don’t blame Lizzo fans because, like everyone else that has ever encountered her work or read her tweets or seen a picture of her, I adore Lizzo. However, this goes beyond Lizzo.

Here is what I am seeing: there is ONE (1) fat role, so we all want it to go to the ONE (1) fat person that is our favorite. A lot of Lizzo fans aren’t even thinking about the fact that Lizzo’s public persona is almost the opposite of Ursula, besides being fat and Black. I’m not saying she couldn’t play the role! Just that, because the character seems so different from Lizzo, this seems more about her being the current “chosen” fat celebrity than about her as a person. If you are starting to list fat celebrities to argue with me, you are proving my point—get back to me with this argument after you are done making a list of every thin celebrity, which will never happen, because there are a billion famous people and 99% of them are thin.

The lack of these roles makes all of us have a scarcity mentality, but in this case, the scarcity is accurate. There ARE only a few of these roles currently, and only room for a few fat women and nonbinary celebrities at a time. I don’t just want Lizzo to get this role and have that be the end of the story. I want more than that. I want there to be so many roles for fat people that we’re not even that worried about who plays Ursula, because there are fat people in every movie (you know, like life). I want Lizzo to be a villain but also a lead in a romantic comedy, or any other role she wants to play. I want to turn on my TV and see fat people everywhere. I want storylines that include some of the banalites of being fat – like trying to find literally anything cute at Lane Bryant or riding on an airplane – but I don’t want that to be the whole storyline. I want there to be so many fat celebrities and fat roles that it’s impossible to even come to this kind of consensus (on Twitter, anyway – which is a low bar). I want there to even be superfat and infinifat celebrities.

Eventually, maybe we can even get to a point where “person” doesn’t default to “thin person” in casting speak.

This article originally appeared on the author's personal blog, and has been reprinted with permission.

"Shrill" And The Journey to Fat Bitchdom

Katie Tastrom (she/her) writes and thinks and talks about bodies, especially disabled and fat and sex working ones. She is also a lawyer and activist based in Syracuse, NY.  Her work has appeared in lots of fancy places. One day she will get around to updating her website. Until then, find her on twitter @katietastrom.