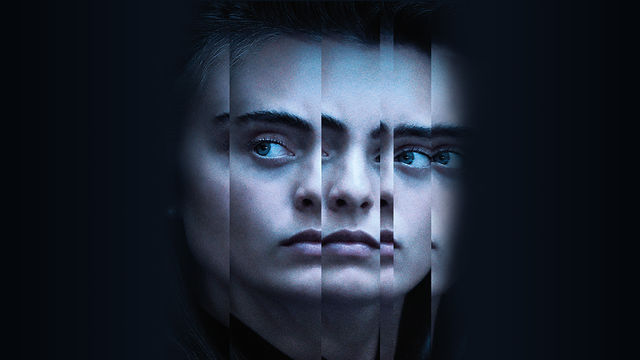 Why haven’t you done it yet? You just have to do it. You’re just making it harder on yourself by pushing it off. If u don’t do it now you’re never gonna do it.

These are all texts Michelle Carter, a then-teenage girl, sent her boyfriend, Conrad Roy, right before he killed himself. In 2015, she was charged with involuntary manslaughter; in 2019, she was found guilty. As someone who’s always been fascinated by both true crime and the importance of language, I closely followed the Michelle Carter case, and I wasn’t the only one: after all, according to CNN, the case would ultimately set legal precedent for whether it’s criminal to urge someone, using words alone, to commit suicide.

Erin Lee Carr, the force behind documentaries including At the Heart of Gold: Inside the USA Gymnastics Scandal and Mommy Dead and Dearest, was intrigued, too. Her two-part documentary, I Love You, Now Die: The Commonwealth v. Michelle Carter, was released on HBO this week. Like Carr’s other films, I Love You, Now Die is all about the people beyond the headlines: in this case, Michelle and Conrad. While the first part of the documentary focuses on Conrad’s past, his lifelong struggle with mental illness, and his untimely death, the second part centers around Michelle, a troubled high school student turned societal outcast—or even murderer, depending on who you ask.

Pulling from over 60,000 texts the couple exchanged before Conrad’s death, interviews with journalists who covered the case and mental health specialists, and footage from the trial, Carr doesn’t just provide a multi-dimensional look at a singularly complicated case. She cuts to the gendered part of the case, the “crazy, coercive girlfriend” narrative, our obsession with the archetype of the villainous young woman. I caught up with Carr to talk about the case, the unique art of bringing empathy into unbiased documentaries, and why so many young women are obsessed with true crime.

Many outlets have portrayed Michelle Carter as more of a clear-cut villain, but to me, your documentary paints both Michelle and Conrad as teenagers who are at turns manipulative, but mostly just both in need of a lot more help and support than they could offer each other. Did you find yourself feeling more empathy towards Michelle the more you learned about the story, or did you feel from the get-go that there was more to this case than we were seeing in the media?

I was really unnerved by those text messages, so I came in trying to figure out why someone would say those sorts of things to another human being. When you look at my work Mommy Dead and Dearest and Thought Crimes, it really is about these people that society has sort of cast off and it’s sort of the story behind the story. There’s a great deal of understanding that I took as I began to investigate the case and be at the trial, and it was really being at the trial—seeing her, and seeing her affect, and seeing her family that made me realize, you know, she has a lot of mental health issues.

When you first heard about the case, what made it stand out to you?

I love technology, I love texting, I was a lonely, sad gal in part of middle school…I guess there was some relation. And I’m not unique in that matter. We’ve all had an area of life where we felt like the black sheep. So I really wanted to figure out: who was [Michelle] in this sort of high school cohort, and what did that mean in terms of how she related to Conrad Roy?

Michelle Carter and her family were not involved in the documentary, and you’ve said that you understand that. But if you had been able to speak with Michelle, what questions would you have wanted to ask the most?

What do you dream about? What were you like at the beginning of this process, and who were you now? If Conrad were here, what would you say? How are you coping? I think the mistake that a lot of journalists make is a lot of people want to jump into the case specifics and, for me, it’s always about getting to the human, understanding their state of mind. [But] it is hard for me to have crazy empathy because Conrad isn’t here, and his family is grieving his loss.

And that must have been difficult, working so closely with Conrad’s mother.

I was so anxious [to show her the film]. I was like, ‘Oh my god, I don’t want to retrigger any of the grieving process.’ I’m somebody who lost my dad; it’s not at all like losing your child, but it was frantic, it was shocking, and you’re in a part of a grieving process, and seeing a film about your child…I can only imagine.

You’ve touched a bit on bringing the humanity into these films, and I know that in some of your previous interviews, you’ve talked about approaching these kinds of stories with empathy. As a storyteller, how do you balance telling a story objectively and getting the facts out there while empathizing with people like Michelle?

That’s a very specific question, and a good one to ask, because journalism is investigative, it is objective, and it is supposedly rendered without bias. Now, in documentary filmmaking, it’s a little bit different: I’m already adding music, I’m already editing it, I’m basically putting a story together using information I have. What I try to do is have journalistic integrity inside the process: you know, asking people the right questions, pushing them on things. Making sure that it’s fact-checked, going through legal. I want to use the evidence in the trial to tell a story. I do not include my own V.O.—no shade to anybody that includes V.O., but this is not my perspective. This is the story. So I think that it’s thinking about these things and using my journalistic training, but also using storytelling, and marrying those two things.

I have definitely noticed that many people are very interested in true crime right now—there are a lot of fictionalized retellings, a lot of podcasts. From your perspective, as someone who works very closely with some of these stories, why do you think people are so intrigued by the stories behind, for instance, I Love You, Now Die and Mommy Dead and Dearest?

You know, I think it’s the same reason why people for so long were captivated by horror films: it really creates a visceral reaction. When you’re a woman, it’s likely that you have felt uncomfortable or fear at some point, I believe. And that’s not to say that men don’t enjoy true crime, but the majority of viewers are women. I feel as if it might be women practicing. When we think about people being kidnapped or disappearing or anything like that, it’s like, ‘Well, what would I do if I was in that situation?’ So it’s this sort of titillation.

And I think that there’s just something that sort of draws us towards death. It’s really unthinkable, so we need to understand it in our own way, and I think a lot of people get involved in thinking about death through crimes.

So many of your movies center around these complicated teen girls, and in this movie, you talk at length about this “crazy, coercive teen girl” narrative.

It’s B.S.! Michelle had this issue with lying, she had an issue with seeking attention through destructive means, but that’s not to say that she wasn’t struggling. When she Tweets something like, “I know how batteries feel, because I’m rarely included either,” like, come on. That’s sad.  And because I am in an opportunity as a young filmmaker—I’m 31—I want to make things about young people. I want to demystify teenage girlhood.

I Love You, Now Die is available to stream now on HBO.

Tags: HBO , documentary , true crime , Erin Lee Carr
Support Feminist Media!
During these troubling political times, independent feminist media is more vital than ever. If our bold, uncensored reporting on women’s issues is important to you, please consider making a donation of $5, $25, $50, or whatever you can afford, to protect and sustain BUST.com.
Thanks so much—we can’t spell BUST without U.