"I Am Homosexual": Celebrating 20 Years Of Team Spirit In "But I’m a Cheerleader" 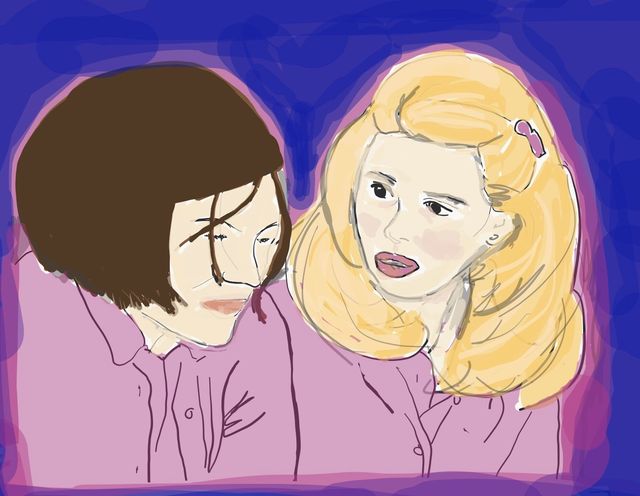 Long before Orange is the New Black and even longer before her headlining role in Russian Doll, Natasha Lyonne starred in the campily ridiculous, But I’m a Cheerleader (directed by Jamie Babbit), which celebrates its 20th anniversary this July 7 having premiered at Toronto International Film Festival.

The film also stars Cathy Moriarty (of Raging Bull fame), the incomparable and extraordinary RuPaul, and Clea DuVall, who currently plays the hilarious recurring character Marjorie on Veep. Both RuPaul and DuVall also appeared on recent seasons of the brilliant Broad City (RuPaul as Ilana’s boss in Season 4 and DuVall as Abbi’s girlfriend in the final season).

But I'm A Cheerleader, however, did not initially receive much love from the gay community nor the mainstream press. A satire about conversion therapy was a hard sell, although Babbit, the director, said in an interview that she imagined the film “…after reading article about a man who had gone through a ‘homosexual rehab’ program,” and that her goal was to ultimately “criticize this phenomenon but in a comedic way.” The Advocate called the film “numbingly crude” and describing Lyonne, at best, as “busty.” Entertainment Weekly called the film a “poisonously smug, one-joke indie comedy.” For someone like me, who had come out only a few years earlier (and was femme-presenting and closeted all through high school) Lyonne’s performance – from her character’s desire to please everyone, to her initial denial and eventual acceptance of herself - coupled with her appearance - her raspy voice and her giant brown eyes - won me over completely.

I was not a queer film connoisseur then, nor do I claim to be now, but the film raised the admittedly low bar of more mainstream films I’d seen with gay characters either hell-bent on self-destruction or suicide. Cheerleader was also available to rent at The Pride Connection, a lost but not forgotten gay gift shop with a video section, in my surprisingly gay-friendly hometown of Rochester, NY. I was thrilled to have access to Lyonne and DuVall’s smooch scenes only a few blocks away.

The opening scene of the film shows Megan’s cheerleading squad in bright orange uniforms, flipping and twirling in slow motion. Viewers get close-ups of bouncing sports bras and undies beneath their pleated skirts. The same images repeat later as flashbacks/ fantasies of Megan when she endures tongue-heavy make out sessions with her insufferable quarterback boyfriend.

At the start of the film, Megan’s parents have planned an intervention, so their daughter can admit her “problem” and attend “True Directions,” a conversion therapy treatment center or what her mother calls “Homosexuals Anonymous.” The intervention is led by Mike, played brilliantly by an out of drag RuPaul, who jogs into Megan’s family home resembling a team coach with a whistle around his neck, short-shorts and a “Straight is Great” t-shirt.

When poor Megan arrives home from school, she is bombarded at her front door by her friends, family, and Mike. She asks cluelessly, “What happened? Is somebody dead?” This sets off an interrogation in which each person confronts Megan with a piece of evidence that supposedly proves her gay-ness. Her mother holds up a piece of tofu in a baggie, Megan’s close friend Kimberly, played by Michelle Williams (blink and you could miss her), has torn down a picture of a woman in a bikini from Megan’s locker, and her father unrolls a Melissa Etheridge poster that has been hanging on Megan’s wall. While Megan is confronted, the camera often shoots from her perspective, as if the viewer is the one in the hot seat, being cross-examined about his/ her/ their own sexuality. Megan, with a cross around her neck, stands firm in the belief that she is not a lesbian, and she is not going anywhere, yet she is still dropped off in the family station wagon at True Directions.

This is where Megan meets Mary, the brash headmistress played by Moriarty who makes all the residents personally confess their attraction to the same sex upon arrival. Thankfully, at group therapy, she also encounters other young gay residents, specifically, Clea DuVall’s character Graham, a tomboy, who introduces herself as “I’m Graham and I like girls, a lot.” Graham, Megan, and the majority of the other characters bond through a series of absurd heterosexual role-playing games. Many from the group realize they are all simply pretending to be straight. Graham says, “This is bullsh*t. It doesn’t work. You are who you are.” Graham later kisses Megan, and they start an affair at True Directions. This helps Megan finally and happily snap out of any denial while holding tight to the fact that she still loves being a cheerleader. Turns out, she has simply left one team and joined another.

Although the film is hyperbolic in almost every way imaginable - from the music to the set and costume design - viewers can see shades of their younger selves coming to terms with their own sexualities through Babbit’s satirical lens. Lyonne, as the unlikely pompom wielding high femme heroine, carried the film 20 years ago, as she does watching it again today.

Natasha Lyonne On Fame, Love And Monogamy: From The BUST Archives

You'll Never Understand "Russian Doll" Until You Understand the 12 Steps

Tags: Natasha Lyonne , But I'm A Cheerleader , RuPaul , movie , lesbian , lgbqt , Cathy Moriarty , Clea Duvall
Support Feminist Media!
During these troubling political times, independent feminist media is more vital than ever. If our bold, uncensored reporting on women’s issues is important to you, please consider making a donation of $5, $25, $50, or whatever you can afford, to protect and sustain BUST.com.
Thanks so much—we can’t spell BUST without U.