"Charlie Says" Has A Compelling Mission, But Falls Flat

Details
BY BUST Magazine
IN Movies
Published: 10 May 2019 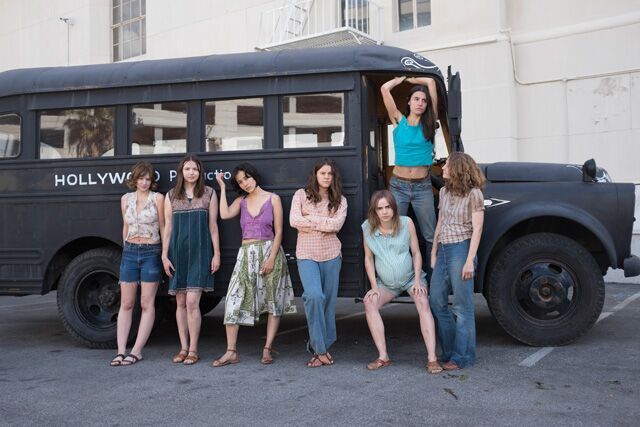 Charlie Says
Directed by Mary Harron
Out May 10

Director Mary Harron and writer Guinevere Turner make a valiant attempt to turn the typical Charles Manson narrative on its head with Charlie Says, but they can’t quite shake the lurid allure of Spahn Ranch. Merritt Wever plays Karlene Faith, a grad student who meets Leslie Van Houten, Susan Atkins, and Patricia Krenwinkel in 1972 while leading a feminist reading group at the prison where the three “Manson girls” are incarcerated. Getting to know them forces Karlene to reexamine her ideas about responsibility and victimhood. Meanwhile, Leslie (Game of Thrones’ Hannah Murray) grapples with vivid, violent flashbacks.

Wever’s role is arguably the most pivotal but feels the flattest, perhaps because she has to work overtime against the pull of the charismatic hippies. And Matt Smith (The Crown) is an unconvincing Manson—slouched and handsome under piles of fake hair. Another issue is the way in which the film emphasizes the emotional and physical abuse that kept Manson’s family together, but doesn’t fully investigate the girls’ culpability and rehabilitation, especially given the real-life work the late Karlene Faith did as an activist and scholar. Charlie Says wasn’t made to glorify the Manson family, but unfortunately the film’s acid-drenched orgies are its most compelling parts. (3/5)

Tags: Charlie Says , Charles Manson , movie review , film review , movie review , film review , Charles Manson , Mary Harron
Support Feminist Media!
During these troubling political times, independent feminist media is more vital than ever. If our bold, uncensored reporting on women’s issues is important to you, please consider making a donation of $5, $25, $50, or whatever you can afford, to protect and sustain BUST.com.
Thanks so much—we can’t spell BUST without U.