Try Not To Cry While Watching Awkwafina In "The Farewell" Trailer

Details
BY Gretchen Sterba
IN Movies
Published: 08 May 2019 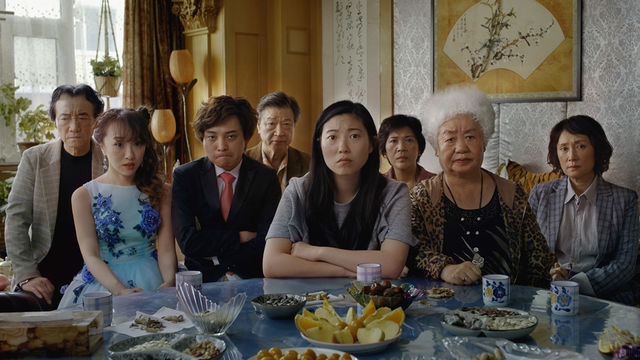 Get ready to call your grandma and tell her how much you love her after watching The Farewell trailer, where funny-girl Awkwafina shows off her serious acting chops.

The film, coming out July 12th, is written AND directed by Asian-American female filmmaker Lulu Wang, whose IRL grandma inspired the film. The Farewell tells the story of Billi’s (Awkwafina) Chinese grandmother dying of lung cancer. The thing is, the family decides not to tell the matriarch, which leaves Billi grappling with the idea of loss, family, and the stark differences between Western and Eastern culture.

The fact that this film was written and directed by a Chinese-American woman and also starring one is exciting, but it shows that these narratives should not be few and far between. It's 2019, and we're seeing people of color’s stories should being told on the big screen, but we still have a long ways to go. However, this story in particular is one that can resonate with its viewers because let’s be real, grandmas are precious creatures and the generational relationships we hold with them are ones that are close to the heart.

The world knows Awkwafina as the woman who rose to mainstream popularity after her song “My Vag,” a feminist anthem we’re still bumping today, caught traction in 2012. She would then follow up with her supporting, but necessary, roles in Crazy Rich Asians and Ocean’s 8. But something tells us this Sundance Film Festival hit will leave viewers in their feels and craving more Awkwafina — whether it’s rapping about vaginas or slaying the game as a lead actress in tear-jerking dramedies.

By the way, if you haven't already heard, our BUST Poptarts podcast has Awkwafina featured in Episode 5. Take a listen here.