The sky is black, the suburban streets are lit only by sporadic street lights, and your only way home is by your own legs and wits. To some, this would be an inconvenience; to others, it’d be an endangerment. Gender tends to play a role in this distinction. The tensions—and potential terrors— that can permeate girls’ everyday experiences are so ingrained, they are often dismissed.

Director Aly Migliori’s third short film, the 10-minute thriller Twist, illuminates the unspoken, the unseen, and the uncertain in the female experience. The film, which premieres at Tribeca Film Festival on April 26, follows Hannah (Gotham Award nominee Helena Howard) as she navigates her way home from work. When a few guys approach her in pursuit of a midnight snack, Hannah must choose between walking home in the rain and climbing into the backseat of their car. The film is a follow-up to Migliori’s previous short film “After Her,” which explores “the same world of female subjectivity, mysticism and empowerment amidst the unknown, the uncanny, and American youth culture.”

Diners, carnivals, and the white picket fences of suburbia invite suspicions of sinister forces lurking beyond their polished facades. The contradictions of Americana are central to Twist, which was filmed during midnight shoots in deep New Jersey. The film uses tight cinematography to build a voyeuristic sense of intimacy and unease in an otherwise kitschy setting.Hannah works at Magnifico’s—a neon-lit, glass-faced ice cream parlor with a service window through which she sees and is seen. The glass showcases her vulnerability and creates an insular space, a kind of distorted tunnel vision not unlike that of western ideology. Migliori drew aesthetic inspiration from painter Edward Hopper and photographer Gregory Crewdson in their depictions of the “isolation, voyeurism and distortion of American mythos.”

The film’s saccharine setting is also fitting in its allusion to the sugarcoating of American girlhood. Girls have long been pinned with expectations of innocence, passivity, and rosy-cheeked, sugary sweetness. Working a summer customer service job, Hannah has likely been taught that the customer is always right, a doctrine evident in her faux smile and polite submission when the hungry guys demand she serves them soft-serve. But she does so not out of a weakness of will or sheer naiveté; rather than directly fighting back, politeness and passivity can seem the safest measure of self-defense. Hannah does not go along with the guys because she is “asking for it,” but because she feels refusing or walking all the way home may lead her down a more dire path.

Coming-of-age narratives typically find their conflict in choices regarding cliques, drugs, and sex, and lead to conclusive moral lessons. But Twist acknowledges the complexities and contradictions of adolescent decision-making. “I wanted to make a coming-of-age film that re-explores relationships and the truth that not every ‘meet cute’ is from a YA film or novel,” says Migliori. “Instead, [I wanted to make] one less explored and far more dark, a hard look at the moment where a seemingly innocuous situation can turn sour, forcing a harsh moment of clarity and abandonment of naiveté.” Like any coming-of-age story, Twist examines adolescent anxieties and a loss of innocence. But it is subversive in its honest depiction of the dark side of sexual tension and the grey areas of decision-making in the face of danger.

With today’s #MeToo movement comes counterarguments of misunderstood intent and victim-blaming. Twist refutes these arguments with an emphasis on the ambiguity of agency in the context of fear. On a surface level, Hannah’s decision to get in a car with strangers at night could be faulted as naive or misguided, while the guys could be dismissed as stoners with the munchies merely entertaining themselves. But the filmmakes a case that, when it comes to trauma, subjective reality is reality nonetheless to the individual experiencing it. “For one party, it could be harmless, just a laugh, non-malicious,” Migliori says, “[but for] another, [it’s] forever impactful, hurtful.”

The silence, darkness, and unclear intentions in Twist create suspense as well as space for interpretation and conversation, making the viewer’s experience as personal and subjective as Hannah’s. “Already, the film has led to so many summer job stories,” says Migliori. “Women [have been] telling me how they learned as girls about how the world works, that first taste of uncomfortable situations.” Migliori captures the universal yet underrepresented uncertainty of girlhood without tying the story up in a neat red ribbon by reaching a decisive conclusion. Twistfinds power and resonance in what it leaves unsaid.

“Trauma isn’t something you just beat and the story is over,” says Migliori. “It’ll always be there as a memory, lingering… personal… haunting.”

Twist premieres at the Tribeca Film Festival on Friday, April 26. Migliori’s previous short, After Her, will be released in June through the online platform Dust, and is currently in development for a feature-length film. 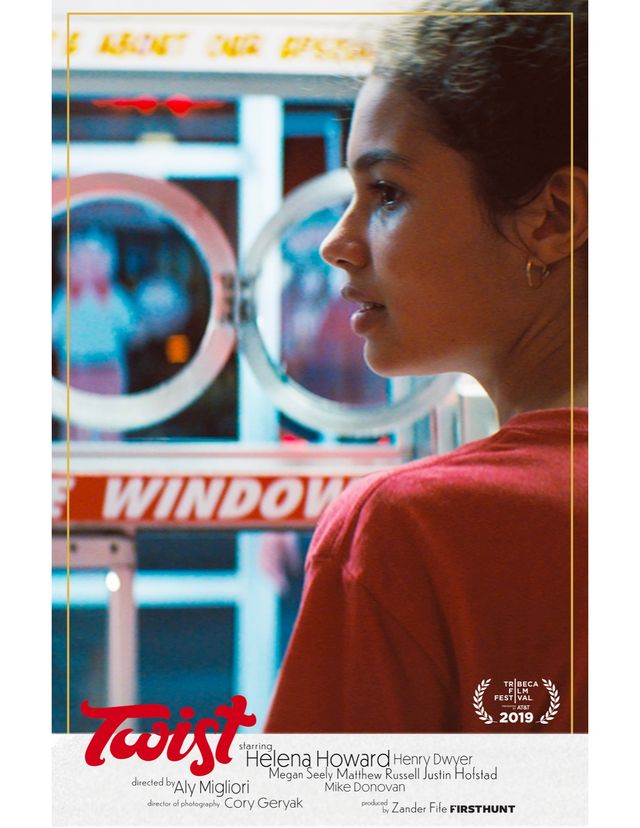