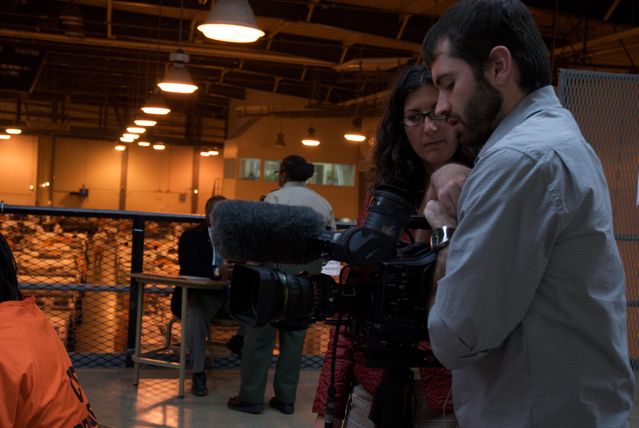 In her documentary Life After Life, Oakland-based filmmaker Tamara Perkins follows three men, incarcerated decades ago as teenagers, as they leave San Quentin State Prison on parole and transition back into the world beyond prison walls. Throughout the film, the men work to reconnect with their families and make a living for themselves for the first time in adulthood. For years, few people were asking the hard questions needed to spark comprehensive discourse around mass incarceration in America. Questions about recidivism and redemption and how to build better community support systems. That is, until Tamara Perkins came along and got people talking.

Perkins first found herself at San Quentin in 2006 when she was sent there by Alameda County Public Health to lead yoga and meditation sessions for lifers (those who won’t be released until they’re found suitable by a parole board). She has spoken in TED Talks about that initial visit to the prison. “I was terrified,” she says. Much of that fear stemmed from an experience she had as a teenager when a gang inductee held her at gunpoint. Stepping into the prison “was the longest walk I’ve made through so many locked gates,” Perkins says. To her surprise, the men in her yoga class treated her with genuine kindness and respect. She commented that over time, she came to see the men as “the sum of their experiences, not just the act that had brought them there.”

When the lifers learned Perkins was a filmmaker, they asked her if she could help them tell their stories. What they were really asking was: Could she help their stories reach a wider audience? Could she help them be heard—not as the categorical term “lifers,” but as men with individual stories? Men who had made dire mistakes in their youth. Men with the potential to change.

Her answer was yes.

Perkins spent three years filming in the prison before anyone got released. “There’s a point in which you just have to trust the process,” says Perkins. “I’m not religious at all, but I do have a bit of faith in the people I’m following.” She was aware that the film might not have any positive outcomes in the end. After all, much of a documentary’s plot is in the hands of its subjects and the choices they make. Despite that risk, Perkins prepared herself to make a film about the incredible men working tirelessly to improve their character within the prison; all the while knowing they may never go home.

Everything changed when three men—Noel, Harrison, and Chris—were released from San Quentin four years into filming. Perkins remembers, “I was like, ‘oh God, I’m in for the long haul.’ Now I had to show the process of coming home. You don’t come home and everything is okay. There’s trauma and the practical realities of trying to survive in a world that you haven’t seen in twenty or thirty years. There’s reconnecting with the family you haven’t truly been able to connect with in decades. I felt like I owed it to the men to show all that.”

With generosity and grace, the film exhibits all the anxiety, the sorrow, the joy, the struggles, the pain, and the hope that comes with such a massive change of scenery and lifestyle. What could easily turn into voyeurism in the hands of a lesser artist becomes an invitation to practice empathy. We watch as the men relearn how to use public transportation, when to walk at a stoplight, how to apply for a job, how to pay bills, how to be a present father or partner or son. We are right there with them when they succeed and when they fail. We are witness to their transformations.

Today, Perkins uses her film as an educational resource and a tool for criminal justice reform across the country. Life After Life has premiered at festivals including Justice on Trial, and has won awards such as the Media for a Just Society Award from the National Council on Crime and Delinquency. She recently partnered with the ACLU on their latest campaign for justice reform in Florida. She has even garnered the attention of documentarian greats like Ken Burns.

Perkins brings Life After Life into universities, prisons, and community centers, facilitating post-viewing discussions on restorative justice. With increased funding, she hopes to bring more programming to middle schools and high schools in the future. “I want to make sure I can include the men from the film as speakers and pay them to show up and do that work,” she says. “It’s important for them to give indigenous knowledge.” This is all part of her mission to put a face on incarceration and provide an opportunity for Americans to consider a new perspective on a historically ignored group of people.

Perhaps the biggest news is that after almost twelve years in the making, Life After Life will have its wide DVD release in stores this month, and will also be available on iTunes, Google Play, FandangoNOW, and Amazon.

What’s next for this powerhouse of a filmmaker?

Perkins is currently directing another documentary called The Waiting List, which explores the role of bias—specifically gender, race, and class discrimination—and disenfranchisement on childcare in America. The film centers on Clarissa Doutherd, an African-American single mother and activist, as she joins the national fight for child care for all families.

Tamara Perkins is a filmmaker whose work is changing the way we think about our country, our policies, and our people. She says of Life After Life and The Waiting List: “I hope my films get people to connect and empathize. I hope they inspire people to think about the choices we make in life, in the voting box, in all the ways in which we can create change.” 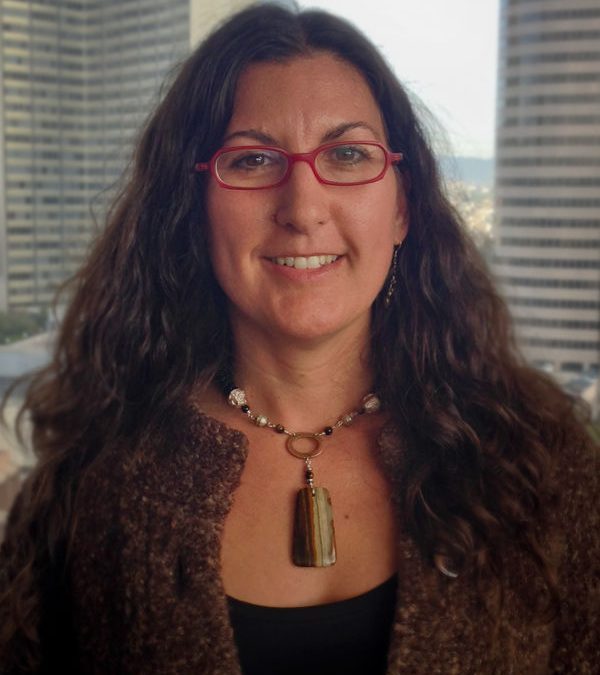 This Docuseries About War and Peace Writes Women Into History

Cameron Finch is a writer, editor, and book lover currently based in Vermont. One day she realized she could hula hoop and read books at the same time, and her entire world changed. Her work and interviews have been published or are forthcoming in Glass, Windmill, Entropy, Michigan Quarterly Review, Queen Mob's Teahouse, and more. Check out her work at ccfinch.com or see which fox picture she's retweeting now @_ccfinch_.