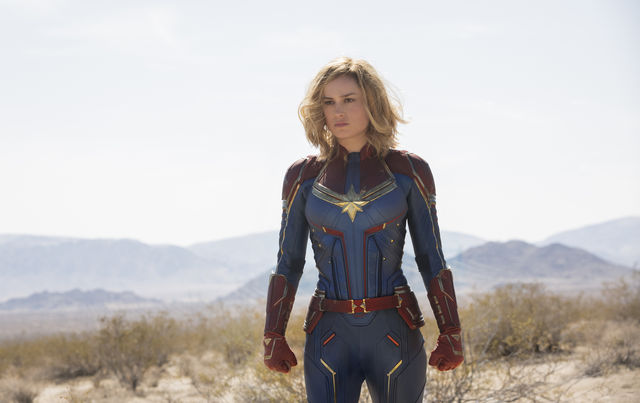 This past weekend, Marvel Studio’s newest release, Captain Marvel made $455 million globally and $153 million domestically. Surpassing multiple Marvel films like Guardians of the Galaxy Vol. 2, Ant-Man, and Doctor Strange, it’s among the top earners for opening weekend for Marvel Studios. It has also garnered the spot as the sixth highest global debut of all time.

Starring Brie Larson (Room, Short Term 12), Samuel L. Jackson (Pulp Fiction, Avengers) and a twelve-year-old orange tabby cat named Reggie, Captain Marvel introduces many firsts for the multi-billion dollar company. Though Ant-Man & The Wasp presented the first female co-lead in a Marvel film, the studio’s 21st film is the only to have a female solo lead.

Captain Marvel is also the first Marvel film to have a female director. Co-directed by duo Anna Boden and Ryan Fleck (It’s Kind of a Funny Story), the film was initially projected to make $125 million domestically its opening weekend. Despite experiencing harassment online akin to the 2016 Ghostbusters backlash, the film proved to be wildly successful, showing that women (who made up roughly 45% of audience goers this past weekend) are more than happy to watch themselves on screen. Some news outlets have even speculated the film may be on track to make $1 billion.

Carol Danvers is confirmed to be in the much anticipated Avengers sequel, Avengers: Endgame. Currently, Marvel has a Black Widow solo film in production, with names like Rachel Weisz, Andre Holland, and Emma Watson circulating the project.

Captain Marvel is currently playing at theaters across the United States.