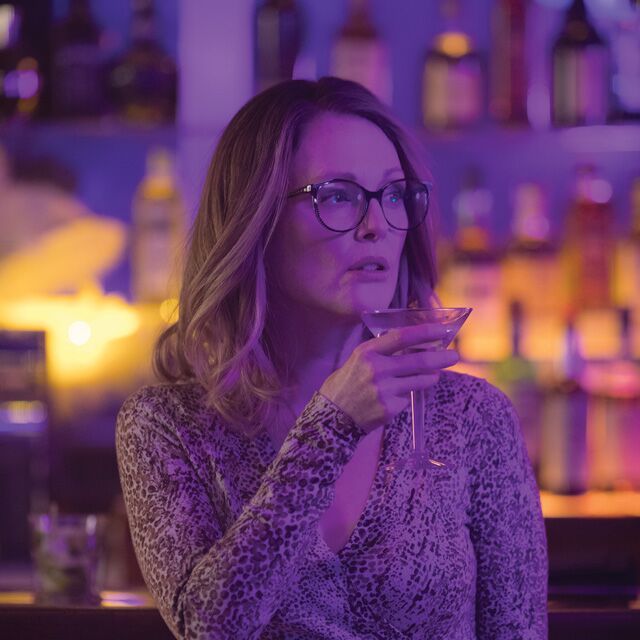 It’s rare to see a movie with a middle-aged woman as its protagonist, much less a joyous, hopeful one who laughs and dances and has hot sex with other middle-aged people—but Gloria Bell is here to fill that gap. Julianne Moore stars as Gloria, a bespectacled office professional who can’t resist a dance floor, a dinner party, or a date with John Turturro’s Arnold, a tender fellow divorcé. That’s not to say that Gloria’s life is all wine, roses, and laughing yoga. But Gloria is trying really, really hard, and you have to admire her heart even when she stumbles.

At first, it’s unclear whether audiences are supposed to be laughing at or with Gloria, but soon it becomes clear that co-writer/director Sebastián Lelio (A Fantastic Woman, Disobedience) and Alice Johnson Boher (who wrote the adapted screenplay) have nothing but love for their heroine. Moore is endlessly watchable, and she’s joined by a veritable who’s who of supporting talent, including Rita Wilson, Holland Taylor, Brad Garrett, Sean Astin, and Michael Cera, in addition to Turturro’s fantastic and infuriating Arnold. Ultimately, it’s hard not to sing and dance along with Gloria, not despite her struggles, but because they make her—and all of us—gloriously human. 5/5

"Disobedience" Is A Moving Story About Grief, Love And Longing