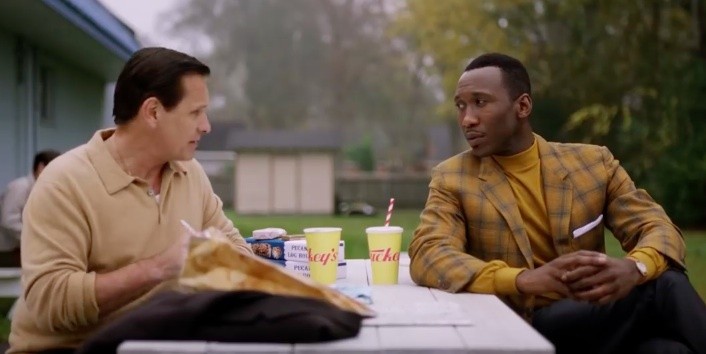 We don’t have to tell you that Green Book won big last night. The disappointment was palpable across the Internet. Though the film took home the night's biggest award, it had been mired in controversy in the months leading up to it, whether that be director Peter Farrelly's history of sexual misconduct, the family of Donald Shirley condemning the film as a "symphony of lies" to producer Nick Villelonga's Islamophobic tweet.

In an email response to a movie review written by one of BUST's editors, Jenni Miller, Green Book producer Charles Wessler ranted about how his movie was actually not racist, sorry if you got that INCORRECT (shout-out to his inconsistent use of all caps). You can read it for yourself below, but some highlights include:

here’s the email I received about Green Book from one of the producers. I censored the name of the editor he cc’d, which I guess was supposed to be a power move? anyone who has received something similar, feel free to reach out. pic.twitter.com/LIiV4CEp3Z

Yelling about how something isn’t racist doesn’t magically make it so. If Mr. Wessler is so thin-skinned that he cannot take a valid and even-handed piece of criticism from a journalist doing their job, then he is in the wrong business. You are entitled to make your movie. You cannot force people to like it. Jenni’s article was the furthest thing from a scathing indictment, instead of taking a nuanced view on the film’s heavy-handed approach and its intent versus impact:

"I don’t think anyone who made ‘Green Book’ consciously set out on a mission to make white people feel smug and self-congratulatory about race relations, but that’s the end result of watching it. There are plenty of people who are not hateful, racist or willfully ignorant who will enjoy ‘Green Book;’ I am very sure that I know and love a whole lot of people who will enjoy ‘Green Book.’ (I’d wager that the white people who go see ‘Green Book’ think of themselves as socially open-minded people who like seeing other white folks overcome their prejudices and become friends. Which is, in fact, good!)”

The review continues with talking about how the film centers whiteness, how it was made by white people for white people. If you are a white person genuinely concerned with doing anti-racist work, you need to listen when people call you out for your approach, instead of centering the narrative around yourself. It’s not about alleviating your white guilt, it’s about using your privilege to elevate those voices around you.

Green Book's win was disappointing, though not necessarily all that surprising. In a New York Times article about why Academy voters were pushing for certain films, Brooks Barnes reports:

"One voter, a studio executive in his 50s, admitted that his support for ‘Green Book’ was rooted in rage. He said he was tired of being told what movies to like and not like."

Though the Academy has made efforts to diversify over the past few years, the demographic makeup of voters is still very white, male, and skewing older. Women still only make up 31% of voters, with minority voters at a dismal 16%. Also, Miller's experience is an all-too-common one for female critics. In fact, the USC Annenberg School of Communication and Journalism recently released a study indicating that in evaluating nearly 20,000 film reviews: "only 22.2 percent of [them] were written by females, with 77.8 percent crafted by male critics."

If Charles Wessler wants to come at me, my Twitter handle is @navel_gazerr.

The Real Story Behind "The Favourite”

Tags: Green Book , Oscars 2019 , Oscars , Academy Awards , Jenni Miller , Charles Wessler , Peter Farrelly
Support Feminist Media!
During these troubling political times, independent feminist media is more vital than ever. If our bold, uncensored reporting on women’s issues is important to you, please consider making a donation of $5, $25, $50, or whatever you can afford, to protect and sustain BUST.com.
Thanks so much—we can’t spell BUST without U.