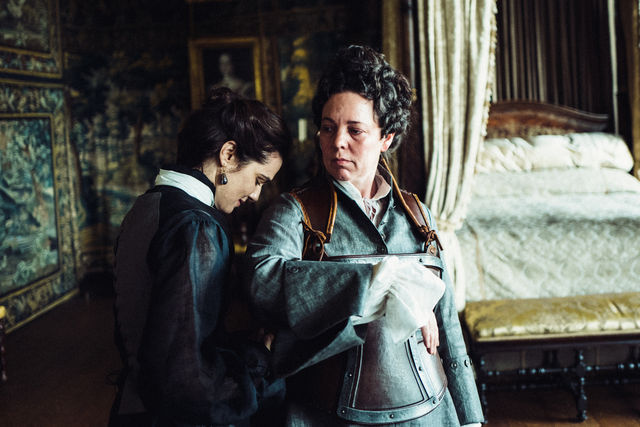 If you haven’t seen The Favourite—the multi-award winning, Bechdel-Wallace-test-passing movie beautifully described by star Rachel Weisz as "like a funnier, sex-driven All About Eve," then bookmark this page and get yourself down to the cinema.

I think all history-lovers and Olivia Colman worshippers can agree that seeing the stories of three powerful women in history who aren't Elizabeth I (God love her but girl, you have taken up too much screentime) has been massively refreshing. Not only did this incredible film give us the gift of this GIF for all occasions…

BUT it was a remarkable piece of cinema that captured one of the most dynamic relationships in British history—that of Sarah Churchill, Duchess of Marlborough, and Queen Anne.

Queen Anne often gets a bad rep in history. She's remembered as overweight and dull, despite being a queen in her own right (not a consort). Compare her reputation to that of Elizabeth I, and she has been done a serious injustice.

Anne’s reign preluded the Jacobite rebellions and the political uncertainties of the Hanovers, so in comparison, it’s easy to see why her court wasn’t quite as dynamic as other royals we know and love.

But as The Favourite shows, scandal and salaciousness were very much part of Anne’s court.

So why has Anne gotten such a bad rep? While contemporaries from court did admit that Anne wasn’t the most exciting of monarchs, it was the memoirs of one courtier in particular that really painted the lasting portrait of Queen Anne and her reign of boring.

****Spoilers coming up if you haven’t seen The Favourite****

Unsurprisingly, the words that tainted Queen Anne and her reign were those of Anne’s oldest and closest companion: Sarah Churchill, Duchess of Marlborough! 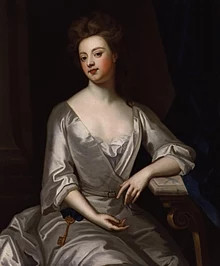 Meet Sarah Churchill, proudly flexing her gold key (the symbol of just how much power she had)

Sarah had risen up from mildly humble beginnings, and  waited upon Anne since she was a princess. Sarah was five years older than Anne.  Anne, who was reserved and shy, had developed crushes on other women of the court before. So naturally, the arrival of the dynamic and confident Sarah soon dominated her world.

Anne's sister, Queen Mary II, had urged Anne to give up Sarah before, concerned about her influence. But did Anne listen?

Sarah was married to John Churchill, an equally ambitious military man who was made Commander-in-Chief of Anne’s armies upon her ascension to the throne. Sarah's marriage often kept her from Anne’s side, as she had several children and raised her family. The letters that Anne wrote to her when they were apart are full of love and yearning.

Sarah referenced these letters later on in life, quoting them throughout her memoirs, highlighting how powerful and passionate Anne’s love for her had been.

When Anne became Queen after the death of her brother-in-law William of Orange, Sarah and her allies rose to prominence. Sarah’s influence meant that the Whig party gained power in Parliament, and the Tories—the party the Queen had once favoured—lost their hold.

Sarah became Mistress of Robes and Keeper of the Privy Purse. Anne, enraptured by her relationship with Sarah, did nothing to stem the power of her favorite…Until it all got a little complicated. And we love a bit of complicated over here! *sips tea*

For years, Sarah had relied upon Anne’s adoration of her to ensure she kept her place at the top. Sarah had dominated Anne without fear; she didn’t hold back, didn’t flatter, and didn’t placate the Queen at all.

In their early relationship, Sarah treated Anne mean to keep her keen. She replied to her letters sporadically and held equally close, loving relationships with other women of the court. When Anne became Queen, she continued this.

You may have noticed that delightful scene in The Favourite, with Sarah saying Anne looked like a badger…you get the picture of their overall dynamic!

Historians have come up with different theories as to why Anne ousted Sarah, with reasons both professional and personal.

However, there was one big difference between Anne and Sarah, which would prove to be the deadly fracture to their friendship: Anne was a Tory, and Sarah was a Whig.

Sarah’s continual lobbying of Anne in support of the Whigs grew overwhelming, particularly when during one politicially charged argument, Sarah essentially told Anne to shut up.

No matter how high you’ve risen, you don’t tell the monarch to shut her trap.

Sarah was beginning to overstep the mark, putting herself at risk of falling out of favour. 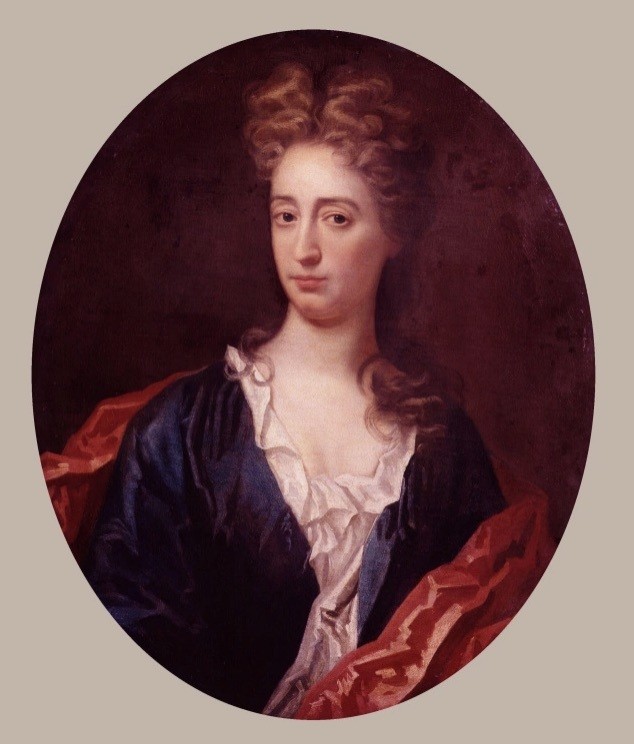 Abigail Hill (I feel kinda bad using this as my gawd does she look uncomfortable, but what can you do)

Abigail was a cousin of Sarah's, who Sarah installed in court as a Maid of the Bedchamber.

Sarah didn’t suspect Abigail’s early nudging into Anne’s favor, and it wasn’t until Abigail’s secret marriage to Samuel Masham (which Anne was invited to but Sarah wasn’t, awkward), that it became apparent Abigail was rising as Sarah was falling.

Sarah was horrified when she discovered Abigail was a distant cousin of Robert Harley, a prominent Tory politician, and was happily chatting to Anne about politics, using a slightly more friendly and loving approach than Sarah had employed.

But Sarah wasn’t about to give up quite so easily. She used several underside tactics to try and discredit Abigail. She even helped send anonymous letters and caricatures attacking Abigail’s character, "warning" the Queen of who she kept in her favour.

But this didn’t get the desired result. The Queen refused to see Sarah, and at their final meeting, she refused listen to Sarah’s complaints, only telling her to "put it in writing." 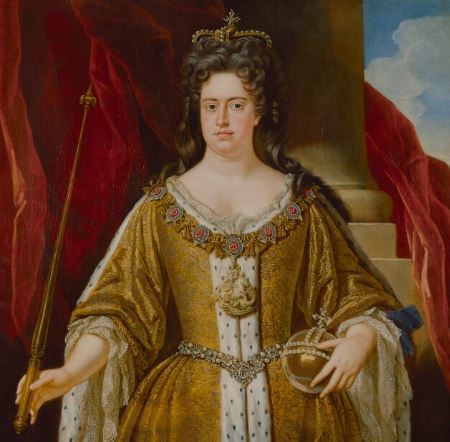 Sarah and John Churchill were banished from court, and spent their days travelling Europe.

It was only when Anne died and George I took the throne that Sarah and John were restored to favor in the royal court, and their descendants— including Winston Churchill and Princess Diana—went on to dominate the history books and the newspapers, as Sarah would have done if she had lived today.

It was thanks to Sarah’s memoirs that Anne has gone down in history as dull, fat, and uninteresting. She wrote of serving Anne:

"Though it was tedious to be so much where there could be no manner of conversation, I knew she loved me and suffered by fearing I did wrong when I was not with her, for which reason I have gone a thousand times to her, when I had rather have been in a dungeon."

Sarah and her co-authors published her memoirs soon after her ejection from court. They were designed to vindicate Sarah from any wrongdoing, to highlight the stubborness, belligerence, and obsession of Queen Anne and to destroy the reputation of Abigail Masham.

Amongst some of the scathing comments on the Queen that Sarah made, she gave Anne a trait that Elizabeth I, the great queen that had gone before her, had lacked—the inability to know her own mind.

"In thirty years’ time I never knew her to do a right or good thing of herself. She never thought of rewarding men because they were deserving, nor or easing any people because they were miserable. All such things must be put in her mind by others, and chiefly by those she loves, who will always have the real influence…"

Today we celebrate previous queens, ruling in a world that was dominated by male power, as early feminist icons—rulers, leaders, decision makers. Thanks to Sarah, the idea that Anne was a puppet of political leaders and court favourites has stuck in history, and we have never kept her on the same pedestal as our favourite Tudor lady, Liz.

Sarah did exactly what Anne wanted—she "put it in writing," and thus sealed Anne’s fate in history forever.

Until now. Until The Favourite.

You can learn more about Anne and Sarah’s relationship in Ophelia Field’s The Favourite, an astoundingly good biography of Sarah Churchill