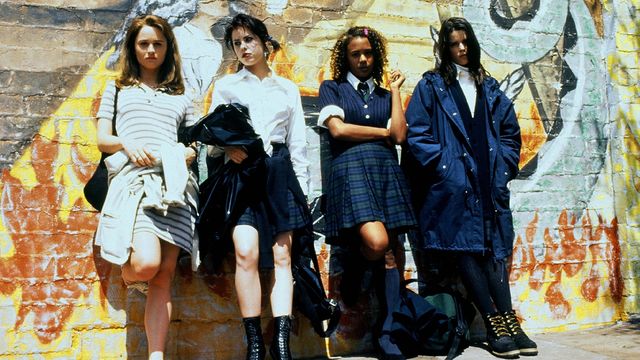 I remember the first time I saw The Craft. It was a Saturday and I was either nine or ten, flipping through channels looking for something good and scary to watch. I paused when I realized the movie was about witches, but I stayed when I realized that one of the witches was a black girl. Up until then, I was used to black female characters in horror, suspense, and thrillers being the best friend with barely any lines—if they were present at all. And though Rochelle, played by the amazing Rachel True, could still fit into that trope, being that she is the sole black character in The Craft and has the least screentime out of the four main characters, her presence was invaluable. 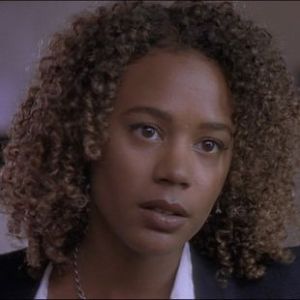 What Part Of "We Need a FOURTH" Don’t You Understand?

Over the weekend, I came across some tweets by Rachel True in which she talked about not being booked for conventions that are inviting her The Craft co-stars. She ended one of the tweets saying, “Sounds about white,” and it did. I was outraged to see that Rachel, and thus Rochelle, was excluded from celebrating the significance of The Craft. Outraged but not surprised. All facets of nerd-dom have always been racist and sexist. Horror is no different. Part of the reason I started my blog, Black Girl's Guide To Horror, was that everything in horror, from the movies right down to the reviews of the movies, has been predominantly white and male. Not only that, but no one ever talks about why. What was most distressing for me about the exclusion of Rachel True from these panels was that it was erasing a character who was one of the few examples of representation in '90s horror movies.

Rochelle is one of the few black female characters in a predominantly white film to have her own arc and storyline, relatively independent of her white counterparts. She's an important character, and one not to be glossed over. Seeing this black girl with real issues take control of her situation was empowering. We watched Rochelle take her own power and take her own revenge. It is one of the many reasons why The Craft was ahead of its time.

I think it’s interesting these conventions are booking Neve, Fairuza &, Robin all together, but excluding me. Sounds about white.

I often write about the lack of black women in horror movies. Very rarely does a black female character get her own monster to defeat, or even survive until the last act. Just as we are often erased from social and political conversations in the real world, we are erased from the conversation in horror. 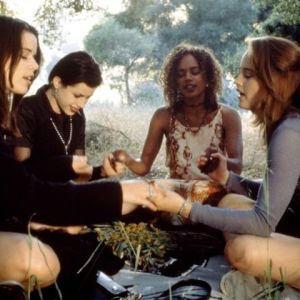 A few years ago, there was an article where some Hollywood exec said that black women don’t watch horror movies. Obviously, that statement is bullshit. All over the world, black women watch and love horror movies. When we are allowed to, we write horror comics, we direct horror movies, and we star in horror movies. But the opportunities are never that abundant, and the distribution of our films are worse. So often, we are not allowed the complexity and nuance of our white counterparts. We’re reduced to stereotypical assumptions about what we want and desire. What that Hollywood exec said about women who watch horror echoed a commonly held belief about black women in horror: that we don’t exist.

But Rochelle did exist. She was a character with her own voice, her own desires, and her own enemies. Rochelle gave black girls and women something that we so rarely saw in horror: ourselves. Even the context of Rochelle’s character was familiar. Being the only black girl and having a racist bully, was something a lot of us could identify with. By excluding Rachel True from the celebration of the film, these conventions are saying that her character didn’t matter. That we—black women—don’t matter

Rachel True has never gotten the recognition she deserves. When I think about the longevity of her career or the classic movies and TV shows that she’s been in, it boggles the mind to think that anyone would have the audacity to not include her in any convention. But we know why she isn’t included. And it has nothing to do with her career or how much it would cost to book her. Instead, it has everything to do with how black women are seen in this country, in Hollywood, and in horror.

Someone on Twitter pointed out the irony of this situation. By excluding Rachel, they are essentially doing to her what that racist white girl did to Rochelle in The Craft. It’s painful to see how we are devalued even when our significance is as big as Rachel True’s. Even worse is the knowledge that there’s very little being done by people in power to fix it. The hashtag #IncludeRachel gained some traction after her tweets, but we shouldn’t have had to do this in the first place. This is why what Jordan Peele is doing with horror is so significant. It’s also why Shudder’s airing of Horror Noire in February is cause for celebration.

The irony of @RachelTrue’s blatant exclusion from conventions feat. #TheCraft reunions/panels is the same as Rochelle’s racial exclusion from St. Benedict’s Academy. The fact that people didn’t get that part of the movie is not only dumbfounding but also telling. #IncludeRachel

We need more of that kind of inclusion, but it only comes when people recognize our influence and significance in this genre. Including Rachel would have been an excellent way to do that, but once again, we have been failed. It only goes to show that much like the real world, in horror, we only got ourselves.

This piece originally appeared on Black Girl's Guide To Horror and is reprinted here with permission.

Images from the Craft

Jessica Guess is a writer and English teacher who hails from Fort Lauderdale, Florida. She earned her Creative Writing MFA from Minnesota State University, Mankato in 2018 and is the founder of the website Black Girl’s Guide to Horror, where she examines horror movies in terms of quality and intersectionality. Her creative work has been featured in Luna Station Quarterly and Mused BellaOnline Literary Review, and she is currently writing a crime-fiction novel. She’d love if you followed her blog! Follow Jessica on Twitter @jessiguess90 and follow Black Girl's Guide To Horror at @BlackGrlsHorror.