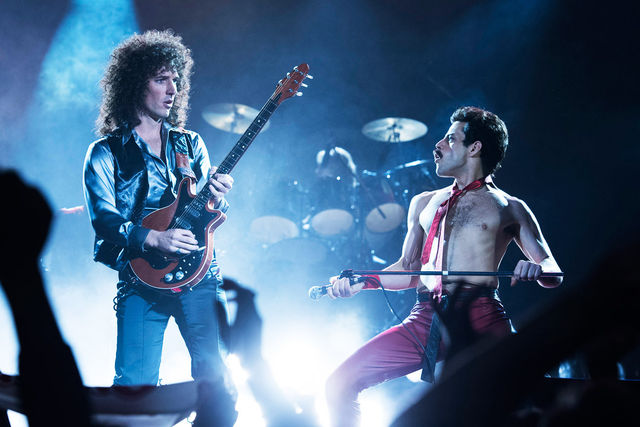 As a Queen fan since childhood, I was thrilled when a biopic of the late frontman Freddie Mercury was announced in 2010. I was less thrilled when after eight years of waiting, casting changes, and production disputes, the final product itself was not the film I had been anticipating. Though Bohemian Rhapsody is a flashy and entertaining movie, director Bryan Singer’s history of sexual assault and the film’s troubling portrayal of Freddie Mercury’s AIDS diagnosis cannot be overlooked.

The #MeToo movement has led to many powerful abusers being ousted from their positions, yet Singer is one of the numerous men who have escaped such scrutiny. Singer had been attached as the film’s director since 2016 and was fired from the film in December 2017, allegedly due to his prolonged absences from the set. Not long after, a lawsuit for rape was filed against him by Cesar Sanchez-Guzman, who said that director sexually assaulted him in 2003, when Sanchez-Guzman was a minor. Yet the accusations against Singer and his predatory behavior existed long before that. In 1997, Singer and fellow producers on the film Apt Pupil were sued by the parents of a minor who claimed that that the underaged extras were instructed to remove their clothing on the set. In 2014, Singer, along with producer Gary Goddard, were sued by an anonymous plaintiff who accused Singer and Goddard of sexually assaulting the plaintiff when he was a minor.

Singer has categorically denied all allegations, though he has also developed a reputation as being erratic and difficult to work with on film sets, including the sets of the X-Men franchise and Superman. 20th Century Fox knew this when hiring him to direct Bohemian Rhapsody in the first place. Because of a rule from the Director’s Guild of America, Singer retains sole directing credit, though his replacement, Dexter Fletcher, is credited as an executive producer.

Not only has the film been dogged with production troubles, the finished product itself has taken numerous liberties with Mercury’s story in a way that is problematic. Mercury did not know he had AIDS until 1987, a full two years after his iconic Live Aid performance, but the script shows him receiving a diagnosis shortly before the concert, and going on with it anyway. In a Daily Beast piece, Kevin Fallon writes, “Bohemian Rhapsody insinuates that it’s this tragic news and some sort of existential confrontation with his own mortality that motivates his triumphant Live Aid performance, a cruel and manipulative version of tragedy porn that is inaccurate and perpetuates the trope of AIDS as punishment for gay promiscuity.”

The film does not shy away from portraying Mercury’s sexuality, but offers up a surface-level treatment that reduces Mercury's queerness to a hard-partying lifestyle before he brings about his own demise. It is impossible that any biopic will get all of the facts entirely correct, especially when dealing with a public figure who lived a rather private life, but the heavy-handed manipulation of the timeline and exaggeration of events (Queen certainly didn’t break up because of one solo Freddie Mercury album) comes across as revisionist history instead of truly honoring the man Mercury was.

All of this isn’t to say that problematic films can’t have admirable qualities. Rami Malek gives a brilliant and transformative performance as Mercury (though, it should be noted, the characterization of Mercury still rings slightly false and outlandish because of the script's revisionism). The numerous concert sequences, especially the reenactment of 1985’s Live Aid concert, are electrifying to watch. However, the film’s big win at the Golden Globes (Best Motion Picture—Drama) came with a deafening silence by much of the cast and crew, none of whom mentioned Bryan Singer’s name at all.

In this age, it is not enough to simply ignore the problem in the hopes it will go away. We must name abusers and address their behavior head-on. It’s a shame that such a didactic script and the attachment of Brian Singer taints what could have been a genuine and touching story about a man who inspired and entertained millions of people, and more specifically, an icon of the LGBTQ community. Freddie Mercury deserves better.

Tags: Bohemian Rhapsody , Bryan Singer , Rami Malek , movies , awards season
Support Feminist Media!
During these troubling political times, independent feminist media is more vital than ever. If our bold, uncensored reporting on women’s issues is important to you, please consider making a donation of $5, $25, $50, or whatever you can afford, to protect and sustain BUST.com.
Thanks so much—we can’t spell BUST without U.