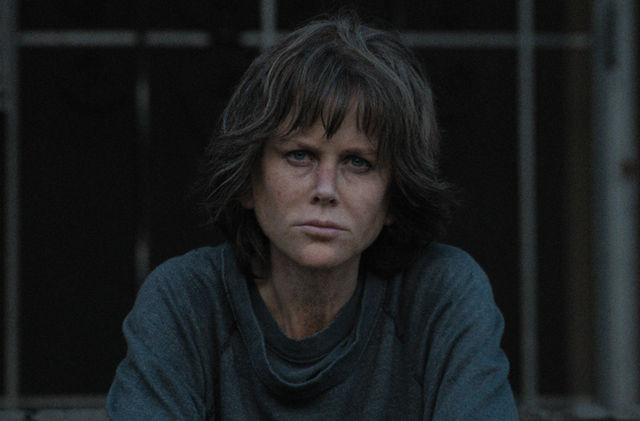 Nicole Kidman’s hot streak continues with her performance in Destroyer as Erin Bell, a liquor-soaked detective searching the underbelly of Los Angeles for the criminal who upended her world. The twisty-turny narrative flashes back and forth in time to illustrate Erin’s transformation from a promising young rookie on an undercover assignment inside a cult-like gang to a flinty alcoholic clinging to what’s left of her life. When Erin isn’t putting the screws to members of her old crew, she’s reflecting on times with her dreamy undercover colleague (Sebastian Stan) or fighting with her teen daughter. The strong supporting cast includes Tatiana Maslany and Toby Kebbell as the gang’s creepy ringleader—a human Philosophy 101 textbook in a pirate shirt.

Director Karyn Kusama’s deft eye for grit and action gives Kidman a safe space to let loose in a way her previous roles have only hinted at. And the screenplay by Phil Hay and Matt Manfredi neatly tweaks viewers’ expectations. Comparing Kidman’s transformation to Charlize Theron’s in Monster is unavoidable. And the idea that a stunning actress can court an Oscar by making herself “ugly” is complicated. But a performance is a performance—and Kidman’s is a damn good one. (4/5)