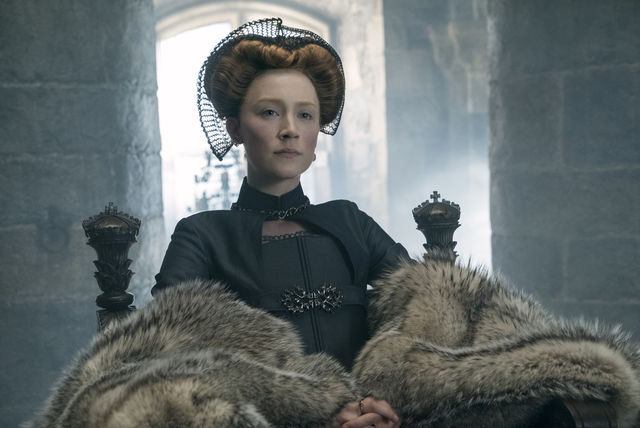 "We have a scourge upon our land: 'tis a woman with a crown," says Scottish minister John Knox (David Tennant) from the pulpit—a line featured prominently in the trailer for Mary, Queen of Scots. The marketing for the movie sets it up as a feminist tale: two powerful queens—Queen Elizabeth I (Margot Robbie) and Mary, Queen of Scots (Saoirse Ronan)—are political rivals who plot circles around each other, while becoming aware of each other's remarkable similarities as powerful women in a sexist society.

The movie's characterization of the two queens is a little different. Elizabeth and her courtiers constantly remark on Mary's advantages—she's young, beautiful, and fertile, ready to marry and bear children after the death her first husband. Elizabeth, on the other hand, is tremendously self-conscious about her appearance—especially after surviving the pox, which leaves her with facial scarring—and jealous of the younger, prettier Mary. Elizabeth is nearing the end of her childbearing years, yet has sworn to remain unmarried so that she doesn't lose political power, even though she desperately wants children of her own. But despite this sacrifice, Elizabeth's interest in politics seems to be limited to trying to take Mary down a peg, such as plotting to marry her off to the lower-status Robert Dudley (Joe Alwyn), Elizabeth's own lover—leading to much self-induced angst for Elizabeth. Fickle, emotional, and insecure, the Elizabeth of Mary, Queen of Scots has more in common with Olivia Colman as Queen Anne in the Favourite than Cate Blanchett as Queen Elizabeth in Elizabeth. 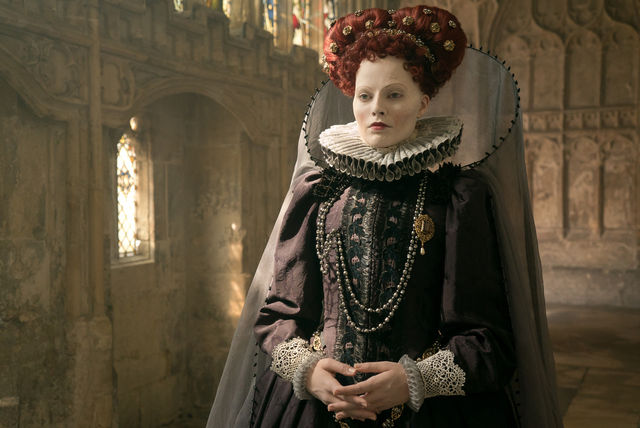 Mary, on the other hand, is a typical Strong Female Character, leading men into battle and kicking sexist advisors out of court. Her only flaw is that she's too naïve to believe that those closest to her may be plotting against her. And though both Elizabeth and Mary wear elaborate, fascinating costumes and hairstyles, it's only Elizabeth who wears white face paint and a bright red wig, looking like an unbalanced Ronald McDonald. Mary stays young and beautiful throughout the film, looking like 24-year-old Saoirse Ronan even when she's (spoiler for history) executed at age 44. 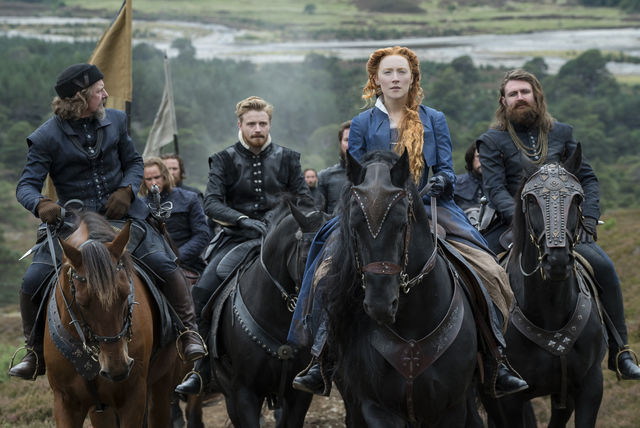 Director Josie Rourke, working from a screenplay by Beau Willimon, makes the difference between Mary's youth and fertility and Elizabeth's age and barrenness as clear as can be, hitting you over the head by, for example, cutting from a shot of Mary, immediately post-labor in bloodstained sheets, holding her newborn baby, to a shot of Elizabeth pouting on the floor with a sea of red paper flowers between her spread legs. 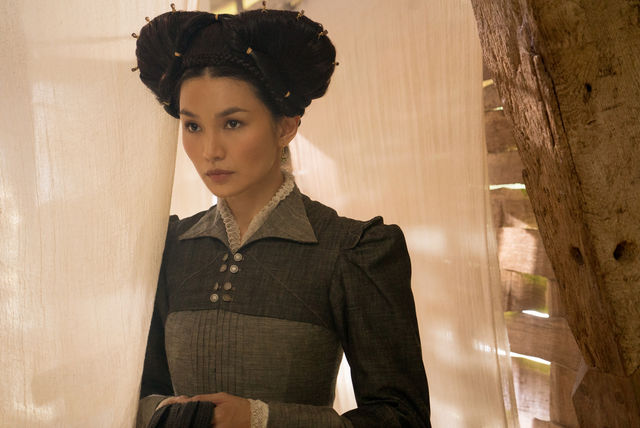 The filmmakers are to be commended for casting people of color to play white historical figures (though the leads are all played by white actors); Gemma Chan (Crazy Rich Asians) in particular is wonderful as Elizabeth's lady-in-waiting Bess of Hardwick. More of this, please. But the film is less progressive when it comes to its two queer characters, both of whom end up murdered, one in a particularly bloody, violent scene. There's also a scene in which Mary is raped by her second husband. Both the murder scene and the rape scene are unnecesssarily long and lingering—especially in comparison with the comparatively bloodless battle scenes.

Ronan and Robbie both put in strong performances, and the film's embrace of over-the-top costuming and hairstyles means it's fascinating to look at. But I wish the cast, costume director, and hair and makeup team had a better story to work with—and that the two fascinating historical figures of Mary, Queen of Scots and Queen Elizabeth I weren't reduced to dichotomies of young/old, fertile/barren, beautiful/ugly, strong/weak.