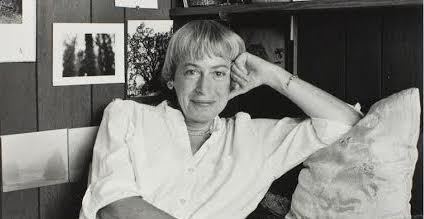 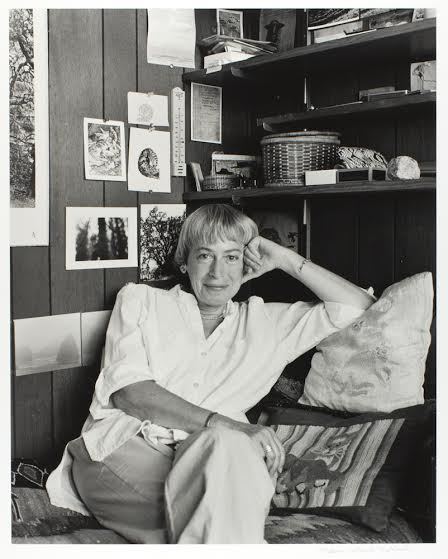 The flame in Ursula K. Le Guin only grew, the closer she came to the end of her life. By the time she was in her 80s, she was spitting out sparks like a campfire. For those who haven’t had the delicious pleasure of seeing her acceptance speech for the 2014 National Book Foundation’s Medal for Distinguished Contribution to American Letters, put it on your watchlist for Women Who Know How to Burn Shit Down. (Spoiler: She puts Amazon on blast for its capitalism-first approach to the art of books—at an event paid for by Amazon.) “I was not saying what they expected the old lady from Oregon to say,” Le Guin, who died in January at the age of 88, explains in a new documentary about her life,Worlds of Ursula K. Le Guin.

The prolific, legendary, and uniquely feminist science fiction and fantasy author never shied from challenging the goliath, the status quo, and, perhaps most importantly, her own shortcomings. The documentary features a key moment in some vintage black-and-white footage from a '70s writing convention, in which Le Guin addresses a question about the role of women, or lack thereof, in her excellent young adult fantasy series Earthsea (an absolute precursor to Harry Potter, wizard fans). “The Earthsea books as feminist literature are a total, complete bust,” Le Guin says, with her signature candor.

This sentiment is one of the main threads of the 2018 documentary, filmed over 10 years by director/producer Arwen Curry. The film wrapped last spring, just months after Le Guin's death, and had its U.S. premiere in September in the author’s adopted hometown of Portland, Oregon. In late 2018, Worlds will screen in London, Glasgow, Oakland, and Sarajevo. In 2019, the film will continue screening at festivals and in theaters through fall, when it's is slated to air on PBS American Masters. 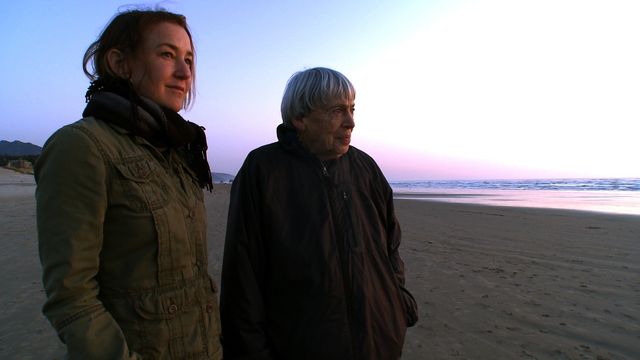 Throughout the film, a collection of sci-fi and fantasy literary world talking heads including Margaret Atwood, Neil Gaiman, Adrienne Maree Brown, Vonda N. McIntyre, Michael Chabon, Annalee Newitz, and David Mitchell testify to the greatness of Le Guin, the first woman to win both the Hugo and Nebula awards for science fiction and fantasy. But Worlds' greatest strength is that it’s not a static, fawning picture of a literary great, but a fantastic and challenging portrait of Le Guin's growth as both writer and feminist.

Le Guin, author of classics like the genderqueer The Left Hand of Darkness and the capitalist critique The Dispossessed, began writing science fiction and fantasy when it was strictly a boys' club, when it was not uncommon—the doc points out—for these works of fiction to have zero female characters. If ladies were invited, they were probably bikini-clad aliens or cyborgs.

Men were at the center of Le Guin’s early works. As Le Guin says in the film, she was playing at writing like a man. When she crafted her first Earthsea book (A Wizard of Earthsea) in 1968, she explains, she couldn’t even imagine a woman wizard, a female protagonist. Her fantasy worlds were still tethered to the male-dominated society in which she lived. In 1969, she published The Left Hand of Darkness, a further leap from this reality. In this sci-fi novel, she explores androgyny on Gethen, a planet whose inhabitants slip into the male-female binary only when in heat, so to speak. The default pronoun for Gethians, however, is “he.” Many feminists were not having it. For years, Le Guin recalls in the film, she felt defensive: for all her proclamations and examinations of equality, she didn’t fit the mold of a “proper” feminist because she was still a self-described housewife raising three kids. 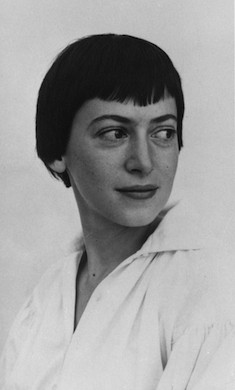 By the 1980s, Le Guin had conceded that her critics were right—her point of view in her earlier books was restricted. So she began reading, and conversing with, more female authors. “Just because you’ve written about something, doesn’t mean you’re done thinking about it,” Le Guin says in the documentary. And that’s what’s so beautiful about Worlds: it shows how Le Guin grappled with her own blinders, how a fantasy writer could still be a product of the conventions of her own time—if she wasn’t careful. The film then follows Le Guin's return to Earthsea, writing the fourth book, Tehanu—published 18 years after the third—from a woman’s point of view. She would go on to write two more books in the series.

There are many reasons to see this film, including to learn about the influence of Le Guin's anthropological scholar father and writer mother on the decolonization of her own mind, and to explore Le Guin's works' connection to home and place. Worlds only falls short in that it’s too short, clocking in at just over 65 minutes. For such a disruptor like Le Guin, the film could have easily been twice as long. As is, it feels a bit rushed from milestone to benchmark to shatterings of glass ceilings. I would have liked to linger with Le Guin a little longer. That said, Worlds is a much-needed antidote for the world right now, shining light on a seeker of truth, a buster of walls, a morality explorer, and a champion of humanity. Long live Le Guin.

Alexandra V. Cipolle is a journalist based in the Pacific Northwest on an infinite quest to find art & culture that shakes people. She also likes cartoon dancing and mac and cheese. See what she's found at @artsmutt or artsmutt.com