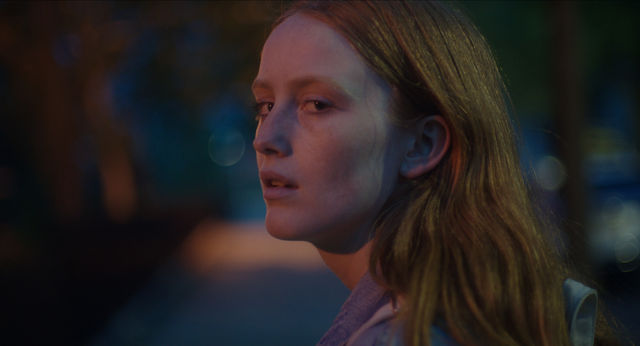 The Rape Abuse and Incest National Network (RAINN) reported an estimated 147 percent spike above normal call volumes to their national hotline aimed at helping survivors of sexual assault during the Kavanaugh trail. Since the presidential election of 2016, the news has been overwhelmed with stories about sexual assault. As we have finally started to come terms with the once-hidden prevalence of sexual assault in our society, it is equally as important that we start to understand the true effects of these acts.

Filmmaker Adinah Dancyger takes on the aftermath of sexual assault through her quietly nuanced short film "Cheer Up Baby." The film follows a young woman, played by India Salvor Meñuez, after she is assaulted by a man on the subway in New York City.

In her career as a filmmaker, Dancyger has brought to life a variety of impactful stories. Her narratives are both relevant and timeless. In 2016, Dancyger filmed queer musician and performer Mykki Blanco reciting Zoe Leonard’s Poem “I Want a Dyke for President." Earlier this year, she teamed up with singer/songwriter Okay Kaya to produce a series of videos including "IUD," a song about a woman needing her lover to accompany her to Planned Parenthood to get an IUD. Dancyger often combines real life with fiction in order to bring across a story which is both personal and universal.

Throughout "Cheer Up Baby," Dancyger explores ideas of trauma and how it can affect people on microscopic levels. The short film is a collage of intimate moments and minute details of a person’s life as she faces the aftermath of sexual assault. We see the character, Anna, move from a open-hearted, friendly, cheerful young woman to a closed-off version of herself after being assaulted. Dancyger captures, outwardly, her character’s inner turmoil.

The short film, showcased earlier this year at the Sundance Film Festival, is an intimate and necessary insight into understanding life after assault. We spoke with Dancyger on her creative choices and the deeper importance of telling stories like this one.

Cheer Up Baby from Adinah Dancyger on Vimeo.

Recently "Cheer Up Baby" has been shown in a variety of film festivals. What reactions have you seen from the audiences?

I haven’t been able to go to all of [the screenings], but the ones that I have, the responses have been really positive. I get a handful of people reaching out and thanking me for making the film. I have had more men than I ever expected responding in a really thoughtful way, with this level of sensitivity that is just this acknowledgment that they don’t really know what it's like, and [the film has] helped them to have a better understanding rather than just be a witness.

A lot of it is just people making comments on the intensity of it, and that it sort of becomes a gateway to a larger conversation, and to personal stories. [The film] just opens it up to different kinds of discussions, and it’s cool to have a catalyst for all of that.

It’s such an important conversation and the film can impact people on such microscopic levels.

I think it’s a pretty quietly told story, but I think that’s also sort of the point, that it is these everyday, small micro-aggressions, really speak to something a lot more dangerous. It doesn’t necessarily represent the most severe situation, but it is of the world of that unfortunate reality.

How did you decide on this approach for the film, choosing to go with the more intimate engagement with the character?

I was thinking of trauma as its own subject manner. Not necessarily any particular kind of trauma, but the sort of psychological stages of what someone would experience. A few examples are shame, and anger, and silence, and all of these sort of universal relatable emotions. I wanted to write about someone who was forming these sorts of realizations as we watched them, and they hadn’t had time to reflect or were in their process of reflection, and you’d see this person trying to resist and acknowledge it in a lot of different ways. I think after an experience like [the one in the film] you don’t want to think about it, and you’re in denial and shock, so there is that sort of tension that comes out of the self actualization process.

This film is truly a collage of this person’s life. The audience see just these snippets of emotions of someone who is going through that experience, which is really beautiful and honest.

I’m just trying to stay really true to this process in a naturalistic depiction of it, and that is something I’ve always been interested in, and want to do in the future, is really highlights the natural world. Something that is not over-acted, that is not over imposed. Allowing someone to just be on film, and just sort of letting it go in a way. So it was a really controlled shoot, I was just trying to find the most natural energy in the very specific images I had when writing this. 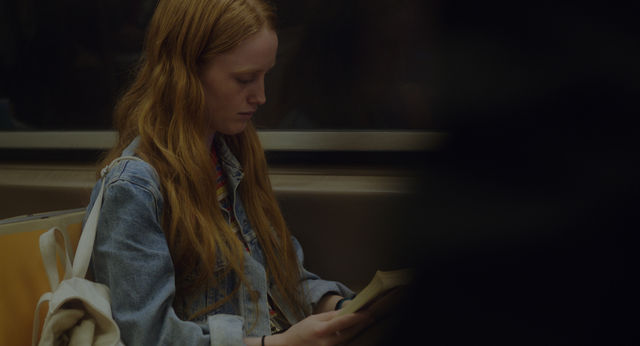 Do you feel that you were able to accomplish what you set out to work through?

I mean yes, and no. I think whenever I look at something that I’ve made, that I see it with a lack of the different versions I went through to get there, which holds me back to watch objectively but helps me better understand how to better my writing and directing skills for the next project. I have this relationship to it in this way that no one else does, because I know everything about how it was made. It’s really hard to separate all the hats. It really demystifies the process for me of watching the film.

In terms of the emotions I set out to find in this film, I think it stayed very close to what it was originally supposed to be because there was so little room to explore. It was so specific. I want to withhold so much, because I think it’s more powerful for the audience to imagine. And I got a lot of criticism in that, people saying you have to put more in the narrative, and that’s something I struggle with all the time, because I just don’t want to over do anything, or over impose on a story. There’s a lot people can put together.

It forces people to bring their own narrative to the story, and for people who can relate to this story it does make it more powerful that it is withheld, because it makes it more personal.

When did the idea come to you and did the #MeToo movement have any kind of influence on creating the film?

I started writing this two years ago and I was in this period where I was really frustrated that I hadn't made anything in a while. I really wanted to just know that I was capable of starting something, and finishing something again. During that time, I was talking to my roommate, having one of those conversations like the whole world is so fucked up, what are we gonna do. Thinking what can we do, we are so useless, all we do is make things for ourselves. Sometimes being an artist can feel really selfish. At the same time telling stories is the only way so far that I’ve known to be able to contribute or connect the world in a certain way. I was feeling general anger and wanting to place that somewhere in a productive way.

A lot of people have asked me how this relates to the #MeToo movement, and I think it has recontextualized the film. I can’t deny that. But I try to approach my work as well as everything around me as generally and timelessly as possible when I’m thinking about a story, asking myself questions such as: Can this stand time, is this going to be relevant? Is it important? Can be people who haven't experienced this care about it too? And it felt like there were so many other stories I had in mind that didn’t pass the criteria of all those questions. It takes a lot of time, money and energy to make something so I just want to make it count—It has to be important enough to me that I find the courage to have something to say. It has to be important to everybody who is working on it, and important to the people who see it.

Tags: Adinah Dancyger , Cheer Up Baby , movies , short film , interview
Support Feminist Media!
During these troubling political times, independent feminist media is more vital than ever. If our bold, uncensored reporting on women’s issues is important to you, please consider making a donation of $5, $25, $50, or whatever you can afford, to protect and sustain BUST.com.
Thanks so much—we can’t spell BUST without U.