Is Lena Dunham Really The Best Person To Write A Syrian Refugee Story? 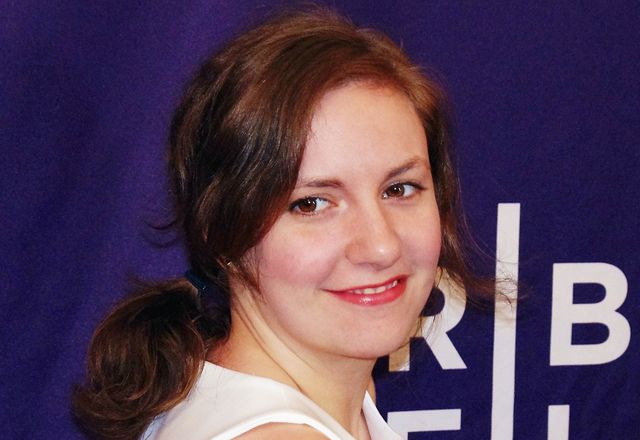 The book tells the true account of Doaa al-Zamel, a young Syrian woman who, after a brief relocation to Egypt, attempts to reach Europe via the Mediterranean Sea. Soon her boat—carrying 500 refugees—is attacked and capsizes. Adrift for four days, al-Zamel is one of 11 people to survive. Fleming’s is an imperfect biography, but the refugee story presents necessary questions: How can the international community recognize the humanity of brown, foreign bodies? How do ordinary individuals endure war’s extraordinary trauma?

To tell a refugee tale well is tricky. The best biopics display a deep knowledge of, and empathy for, the country’s sociopolitical history. In this case, Syria’s complicated place within the Arab Spring. So is Dunham, a master of white privilege TV, the most apt choice to tackle this subject? The answer is no. Just, no.

Dunham doesn't have a long, or successful, track record of writing characters of color as anything more than accompaniment to the white cast. Remember Donald Glover's short-lived stint on the second season of Girls? Glover played Hannah's Republican boyfriend, who was dumped by Hannah after two episodes. When Dunham asked Glover over email if he felt tokenized, he responded, "Let’s not think back on mistakes we made in the past, let’s just focus on what lies in front of us."

I can't help but feel more mistakes are ahead, though. Hollywood has long had a problem with Middle East and North African representation. A study presented in 2016 by the MENA Arts Advocacy Coalition (MAAC) titled “Terrorists and Tyrants: Middle Eastern and North African (MENA) Actors in Prime Time and Streaming Television” analyzed 242 programs and found that MENA actors occupy only 1% of regular roles. 78% of guest roles were “terrorists, soldiers or tyrants.”

Hollywood movies set in the Middle East are plagued by racist tropes: a dusty sepia tone and wide shots of war-torn cities, a score of that tired “leily ya leily” chant. Last year’s Jon Hamm-led Beirut had the tagline: “2,000 years of revenge, vendetta, murder. Welcome to Beirut.” Foreign film-viewership is low in America, so these depicitions often influence Western ideas of the Middle East.

There is a real need for more MENA screenwriters and the informed perspectives they offer. It’s dispiriting to imagine what an Arab author could do with the opportunity given to Dunham.

Tags: Syria , refugee , Lena Dunham , Steven Spielberg , movies , #hollywood
Support Feminist Media!
During these troubling political times, independent feminist media is more vital than ever. If our bold, uncensored reporting on women’s issues is important to you, please consider making a donation of $5, $25, $50, or whatever you can afford, to protect and sustain BUST.com.
Thanks so much—we can’t spell BUST without U.