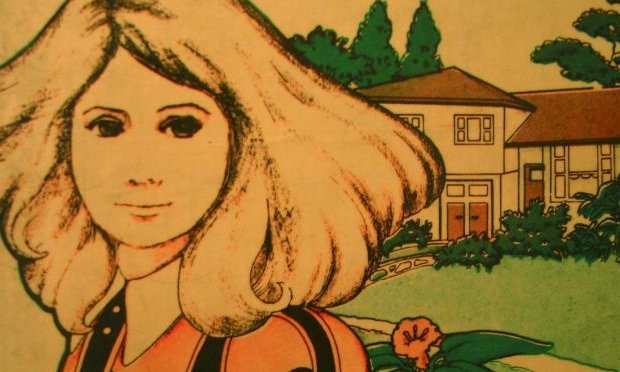 Award winning author Judy Blume, age 80, never felt compelled to pursue film adaptations of her timeless novels. That is until recently, when after nearly five decades, Blume agreed it was time to see her classic novel Are You There God? It’s Me, Margaret (1970) come to life on-screen.

Writer/director Kelly Fremon Craig and producer James L. Brooks, who worked together on the 2016 film The Edge of Seventeen, will be adapting the novel with permission from Blume under production company Gracie Films. Blume will be a co-collaborator in the production process.

Excitement and admiration is buzzing between fans and producers alike, and Blume seems fully on-board, stating in an earlier tweet: 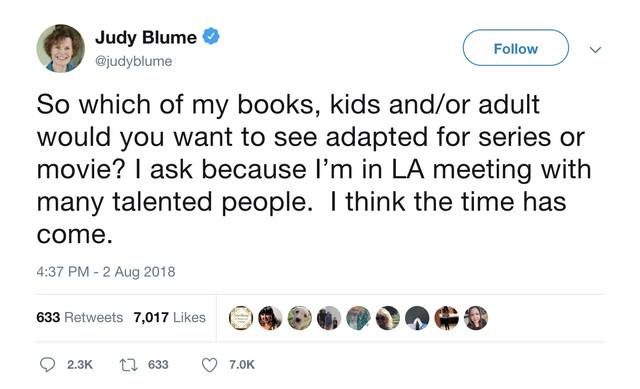 The Edge of Seventeen, which was Fremon Craig’s directorial debut, is a coming-of-age story, and much like Blume’s young adult novels, it deals with themes like sex, attraction, and identity. Are You There, God? It’s Me, Margaret tackled additional topics such as menstruation and religion, which were controversial when the book was first released in 1970, causing it to become a piece of highly challenged literature and be targeted as a banned book.

In an interview with Deadline, Fremon Craig says, "I got the greatest email from Judy where she said if someone were to make a film of one of her books, she hoped it would have the same tone and feeling that The Edge of Seventeen had… It’s maybe the greatest compliment I’ve ever gotten"

In Are You There, God? It’s Me, Margaret, 11-year-old Margaret Simon moves from New York City to New Jersey, where she faces the familiar challenges of adolescence. She navigates living in an interfaith household with a Jewish father and a Christian mother and tries to find her place while exploring her connection to God. Margaret faces the transition from childhood to womanhood through the formation of a group with three friends, in which they discuss things like trying on bras, getting their periods, and their increasing awareness of their own sexualities.

The novel is a time-capsule for many women, showing the fragility and confusion of growing up. Are You There, God? It’s Me, Margaret brings the secret and sacredness of girlhood whispers, behind-the-scenes gossip, and private discussion into a public space. For many, this offered a healing and validating lifeline; a protagonist they could see themselves in and relate to, maybe for the first time.

Fremon Craig speaks to the capacity of this story to connect with current audiences, saying, "I was surprised when I read it, how much it took me back and that I hadn’t forgotten those feelings." Brooks supports the timelessness of the story, stating, “It definitely won’t feel like a period piece… People have read it at various stages and it felt present and immediate.”

We share the excitement and can’t wait to see the project unfold. With Fremon Craig and Blume involved, some magic is sure to happen.

top photo: detail of Are You There, God? It's Me, Margaret book cover

8 YA Novels Written By Women That Pass The Bechdel Test