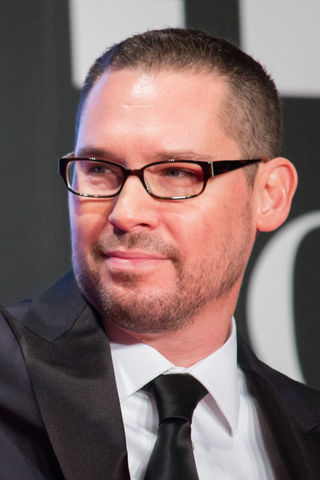 Director Bryan Singer’s history of alleged rape, sexual harassment, and assault has been an “open secret” in Hollywood for years—but a damning Esquire expose is supposedly imminent, reports the Wrap. On Monday, Singer released a statement on Instagram saying the article will “rehash false accusations and bogus lawsuits.” The exposé is rumored to be released in the November edition of Esquire, out this week.

Singer's statement continues, “In today’s climate where people’s careers are harmed by mere accusations, what Esquire is attempting to do is a reckless disregard for the truth, making assumptions that are fictional and irresponsible.”

The truth, though, is that over two decades, Singer’s career has been marked by allegations ranging from inappropriate on-set behavior to accusations of sexual assault and rape—which IndieWire compiled into a timeline last year.

The accusations begin in 1994, when production allegedly halted on Singer's film The Usual Suspects, reportedly due to star Kevin Spacey's "inappropriate sexual behavior." (Singer has said that production was not stopped.) Then, in 1997, the parents of 14-year-old Devin St. Albin and other young actors sued Singer and the producers of Apt Pupil for allegedly filming St. Albin and other young extras naked for a shower scene without permission. The suits were eventually dismissed for insufficient evidence.

The accusations against Singer include rape: in 2014, former child actor Michael F. Egan III filed a civil lawsuit against Singer. Egan said that in 1999, when he was 17, Singer flew him to Hawaii multiple times under the pretense of casting him in movie roles, but instead gave him alcohol, cocaine, and other drugs and anally raped him. Singer denied the accusations. In 2014, Egan volutarily dismissed his claim against Singer. Later in 2014, another former child actor, an anoymous plaintiff known as "John Doe No. 117," accused Singer and Singer's frequent collaborator Gary Goddard of sexually assaulting and attempting to rape him when he was 17; later that year, the plaintiff dropped Singer from the case. In 2017, a man named Justin Smith also accused Singer of sexually assaulting him in a series of since-deleted tweets; after Smith's tweets, Singer deleted his own Twitter account. Later in 2017, Cesar Sanchez-Guzman filed a complaint against Singer saying that Singer had orally and anally raped him when he was 17. Singer denied the accusations.

In December 2017, Singer was fired from his movie Bohemian Rhapsody, apparently due to repeated failures to show up on set and resulting disagreements with star Rami Malek, reports Variety. Singer was replaced by Dexter Fletcher as the director in the film's later stages, but Singer still receives the directing credit and is involved with the promotion of the movie. In his statement, Singer writes that the Esquire exposé has been "conveniently timed with the release of my film, Bohemian Rhapsody" and is an attempt "to tarnish a career I've spent 25 years to build."