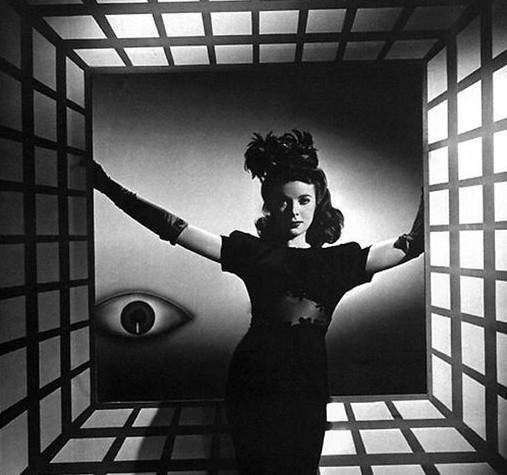 For a genre that loves nothing more than a final girl trope, horror always seems to be incredibly saturated by men. Don’t get me wrong, I love me some Stephen King and John Carpenter, but horror was built by both men and women.

So this Halloween, let’s put some time aside to celebrate four forgotten female horror heroines, without whom the genre would be nothing but a lone bucket of out-of-date fake blood. 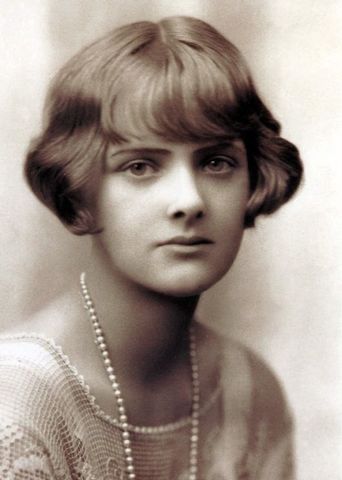 When you think of horror writers, you might not immediately consider Daphne du Maurier. She is the author of various books and short novels, including Rebecca, The Birds, My Cousin Rachel, and Don’t Look Now, and is often categorized as a romantic author.

Personally, I think this is a hangover from the time period when Daphne originally published her work, starting in the 1930s. If you read her work now, 9 times out of 10, it sure as fuck ain’t romantic! Hers is a prose that hints at a quiet, slowly unravelling, menacing dread—it's gripping and ever-turning.

You may have noticed that all of Daphne's work listed above went on to become classic horror films. This isn’t a coincidence. Daphne's work lends itself to timeless horror; its undercurrent of dread and fear makes her stories work for audiences across generations. From the gripping thriller Don’t Look Now (which includes Donald Sutherland rocking some amazing facial hair); to the modern horror My Cousin Rachel; and of course Hitchcock’s seminal classics, Rebecca and The Birds (AKA why I’m scared of flocks of pigeons), movies based on DuMaurier's work continue to be relevant pieces of cinematic gold.

The thing that makes Daphne's stories stay with you is the unique brand of evil they contain. You won’t encounter a mask-clad, chainsaw-wielding maniac here; hers are the monsters that tread in the daylight, the ones who might just step off the page and into your everyday life... 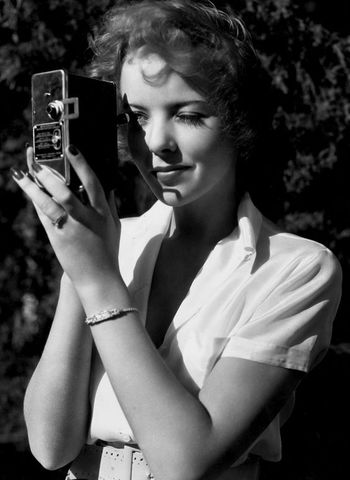 Although she started her Hollywood career as an actress (she described herself as a "poor man's Bette Davis"), Ida later made her mark behind the camera, becoming known as the "Queen of the Bs" (as in B movies…not a swarm of overly-coifed Hollywood bees).

In the 1953 noir/psychological horror, The Hitchhiker (which was the first film noir by a U.S. female director), Ida showed audiences that in the right hands, the power of psychology and emotion can be just as intense as a jump-scare.

The claustrophobic film revolves around two men who are on a fishing trip. On the drive up, they pick up a hitchhiker...who sadly turns out to be a serial killer (life lesson: hitchhikers are not your friends).

Their new murderous pal then happily announces that he’ll kill the men as soon as they no longer prove useful. As he psychologically breaks the men down, the film explores what happens at the intersections of masculinity and fear. 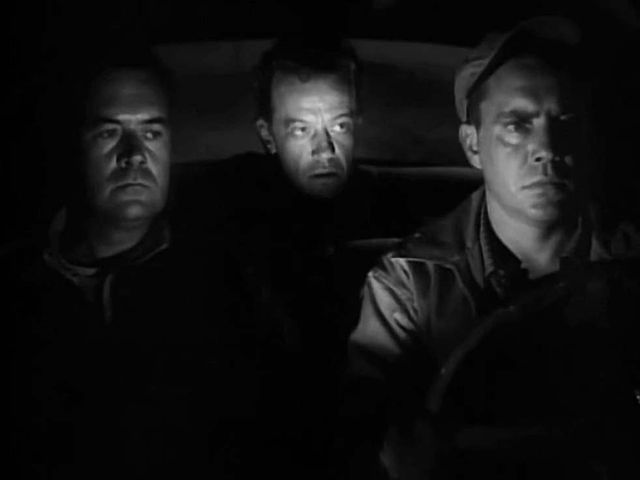 You can still see the lasting impact The Hitchhiker had on the genre of psychological horror (seriously, elements of it are all over!), but for me, Ida’s biggest legacy is the sheer amount of doors she opened for other female filmmakers. As well as being the first U.S. woman to direct a film noir, she was also the first woman to direct an episode of the iconic horror series, The Twilight Zone.

By utilizing emotion, Ida succeeded where many male film directors had failed. She used the human psyche to delve into our deepest desires and show us our darkest fears.

While we’re on the subject of groundbreaking lady directors, may I introduce you to... 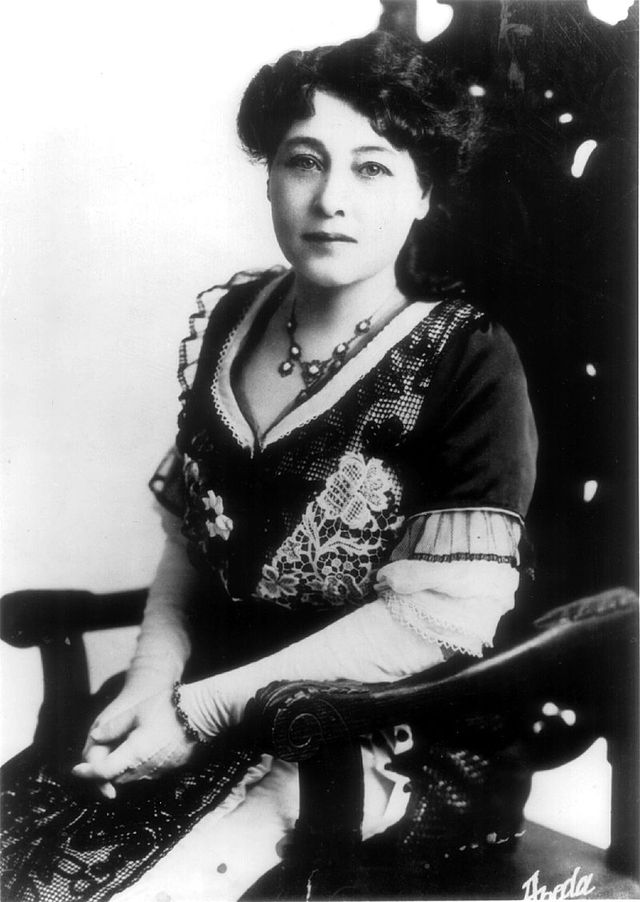 Alice Guy-Blaché was one of the first recognized female film directors in history. She directed La Fée aux Choux in 1896 when she was just 23 years old.

Alice was the secretary for Leon Gaumont, one of the world's first film entrepreneurs. While working for Gaumont, Alice created a script for a fictional film (then unheard of!) and demanded Gaumont let her use one of his cameras to shoot it.

This film was La Fée aux Choux (The Cabbage Fairy), which depicts a fairy who flutters around pulling babies from cabbages (because…reasons). Though originally shot in the genre of fantasy fiction, the film is sometimes referred to by modern audiences as a horror film. I reckon that might have something to do with the nightmare-fuel situation of a woman yanking squirming newborns from vegetables and then dumping them on the floor to twirl around them–who knows? 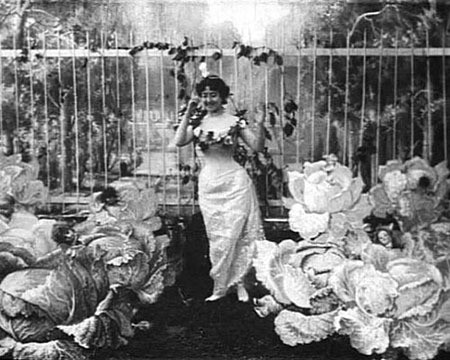 How many nightmare babies can you spot?

These films included the rather fantastically (and now bleakly) named In The Year 2000, When Women Are in Charge.

Alice was also the first female director to tackle the horror film, with an adaptation of Edgar Allen Poe’s The Pit and The Pendulam, as well as the films The Monster and The Girl and The Vampire. These contained groundbreaking techniques that now appear in horror flicks across the globe, including double exposure (for all you film nerds out there).

Being the ass-kicking woman that she was, Alice’s work in the horror genre went on to influence many others. Two of her mentees, Louis Feuillade and Lois Webber, went on to help forge early horror filmmaking, and Alfred Hitchcock cited Alice’s work as vital inspiration. 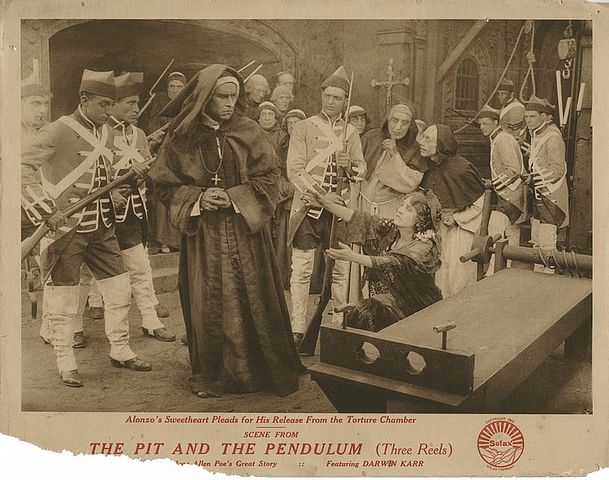 Promo still from 1913 horror The Pit and The Pendulum, which Alice produced and directed

Unfortunately, regardless of all her pioneering work, Alice has been largely written out of history. When her old boss, Leon Gaumont, published the history of his film company, Alice was nowhere to be seen. Despite her essential body of work and role as Head of Production, her contributions were left out.

Notable books around this time period also largely overlooked Alice’s contributions, and it’s only recently that we’re starting to rediscover this titan of early filmmaking. 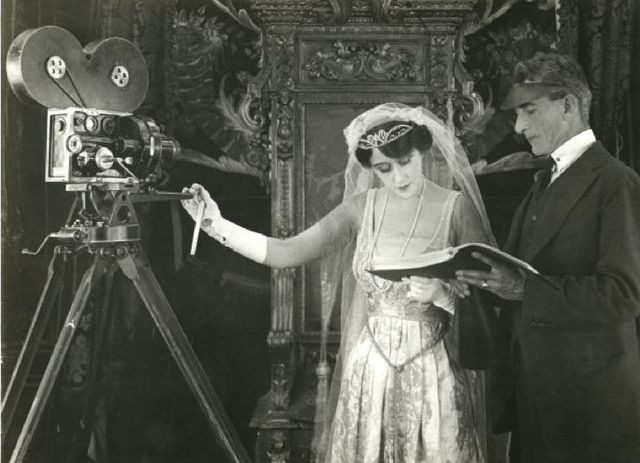 Just casually operating a camera while amending a script in a wedding dress…. remind me again why history forgot this woman!?!

So far we’ve been pretty heavy on pyschological horror, and I know what you're thinking...

Well, I’ve got you covered with our final forgotten horror heroine: 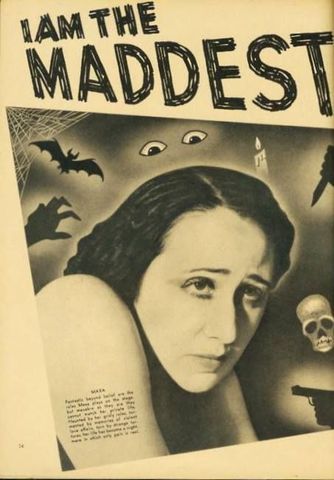 Paula (real name Marie) was the original scream queen. In fact, as well as being the first in the genre, I’d argue that Paula was the hardest-working scream queen in history, having died over 10,000 times.

Paula was one of the most famous actors at Paris' Le Théâtre du Grand-Guignol. The theatre specialized in gore, and from 1917 to the 1930s, Paula was killed onstage so many times that she became known as the world's most assassinated woman!

Some of her onstage deaths included being steamrolled, being eaten alive by a puma, getting chopped into 90 pieces, being disembowled (with her intestines stolen afterwards), and being murdered by an invisible knife. She once even "decomposed" on stage, a feat of stunt work and special effects that she went on to repeat for 200 performances. 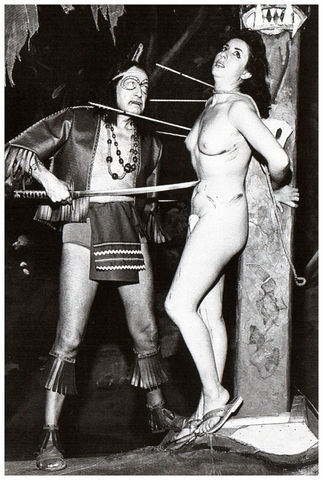 Just another day at the office (also loving the flip flops, comfort first!)

Paula loved her work. She’d had a morbid fascination with death and horror from childhood, and her work allowed her to fully immerse herself into this world. And she really threw herself into the blood and gore! Plays at the Grand-Guignol were so horrifying that a doctor was on hand for each performance to tend to passed out patrons. 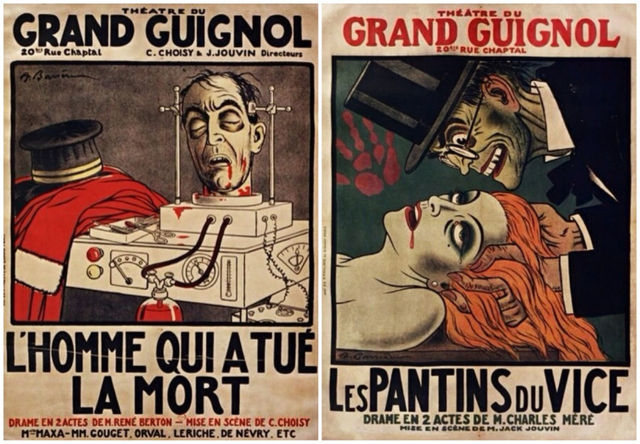 A fun night out for all the family!

Fresh blood was mixed up for every performance to ensure it looked just like the real deal, and if a performance finished without walk-outs, fainting spells and audience members getting sick, then it was considered a failure.

This post originally appeared on F Yeah History and is reprinted with permission.