The First "Captain Marvel" Trailer Is Here, And We're Hopeful 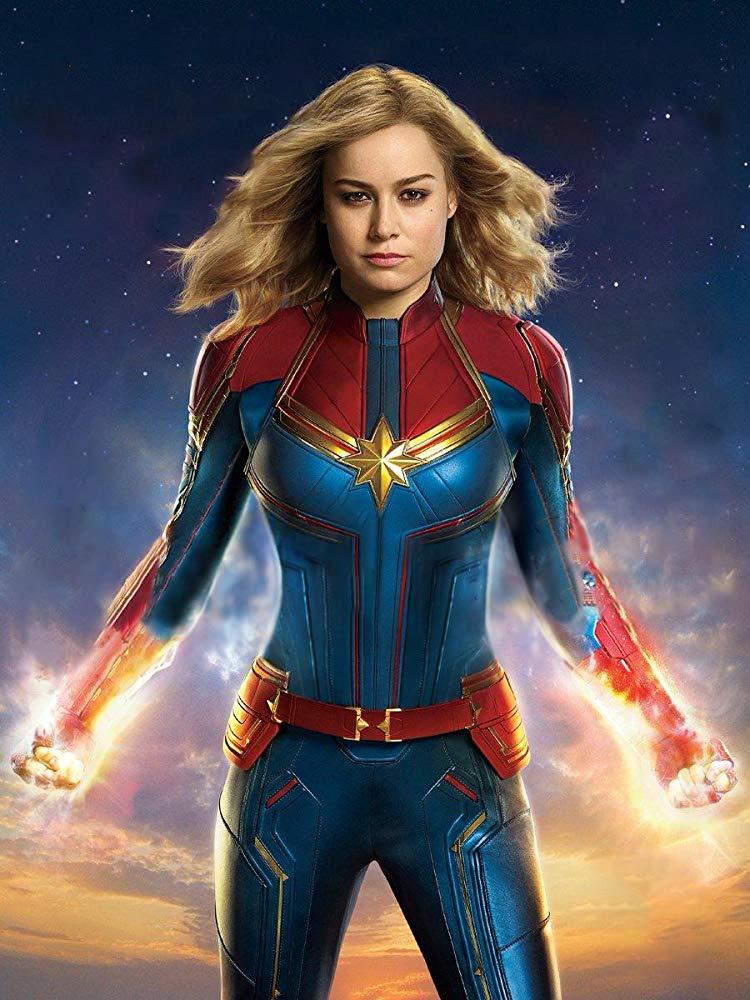 We’ve waited through one decade and twenty movies for the Marvel Cinematic Universe to give us a female-led film. Well, the first trailer for March’s Captain Marvel is here, promising all the female badass-ery the beloved character deserves.

When we meet Carol Danvers, played by Oscar-winner Brie Larson, she’s crashing into a Blockbuster. The movie is set in the mid-nineties, a prequel to the current MCU. There are some familiar (though digitally de-aged) faces: Samuel L. Jackson is a young, two-eyed Nick Fury. Rookie agent Phil Coulson from S.H.I.E.L.D., and Guardians of the Galaxy’s memorably unmemorable villain, Ronan the Accuser.

But the spotlight is on Danvers, as she navigates her nebulous origins and chaotic present battling Skrull (bad aliens) on the Kree (good aliens) Starforce. Also featured: her fellow air force pilot, Lashana Lynch’s Maria Rambeau. Rambeau is a prominent figure in the comics, and their deep friendship is a welcome addition to a universe sparse of two women even sharing lines onscreen.

Captain Marvel first entered mainstream discourse during the end credits of last year’s Avengers: Infinity War. Remember it? As Nick Fury crumbles into ash, he sends a distress call over a high-tech pager. Before the scene cuts to black, the pager alights with Captain Marvel’s vintage insignia.

Danvers has been fighting space crime since 1968. She was written as an officer in the United States Air Force. An explosion at a high security military splices her DNA with Mar-Vell (the original Captain Marvel, and played by Jude Law in the movie), an alien Kree warrior. This gives her a multitude of powers: strength, flight, and the ability to harness solar energies. Though it’s ten years before she officially takes the Marvel handle, writer Gerry Conway intended her as an empowering figure, writing in Ms. Marvel #1 (1977) that "you might see a parallel between her quest for identity, and the modern woman's quest for raised consciousness, for self-liberation, for identity."

On that storyline, maybe scholar Carol Strickland says it best: “Isn't everyone entitled to respect as a human being? Shouldn't they be against something that so self-consciously seeks to destroy that respect and degrade women in general by destroying the symbol of womankind?”

Once at the helm, Chris Claremont rewrote Danvers’ timeline, expunging the impregnation, but its memory lingered. Female characters in comics so rarely get to be it all: independent, intelligent, sexually liberated. She is super strong, but cannot be portrayed as muscular; feminine without the “burden” of sensitivity. Danvers is canonically the strongest hero in the MCU, but her comic iteration didn’t prove to be the exemption.

For that, the first trailer of her big screen debut inspires hope that the hero can subvert the genre’s gender trappings and inspire more solo heroine debuts.

(Seriously though, why is the Black Widow movie not here yet?)

Let's Talk About The Women Of "Black Panther"