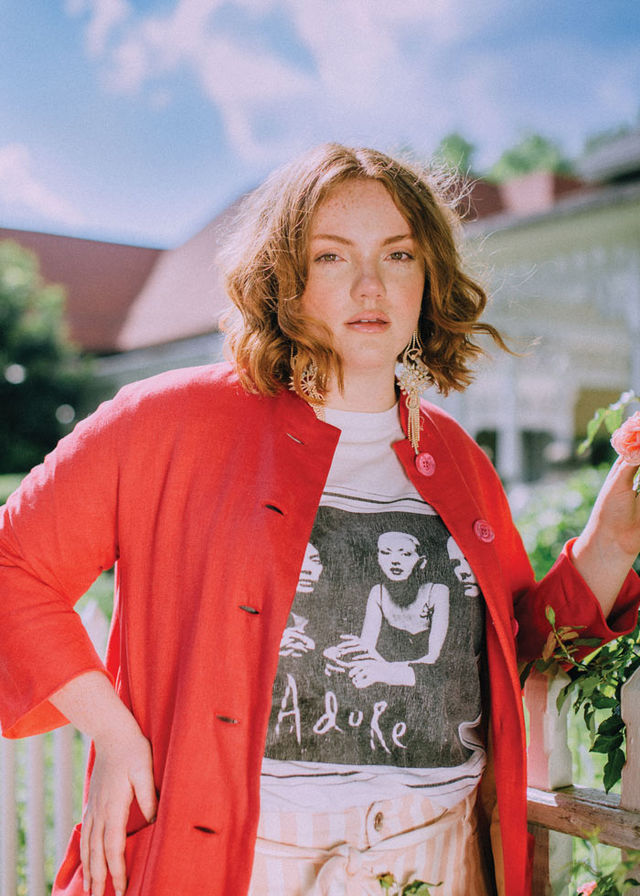 Two years ago, the internet embraced a surprising icon: Barb from Stranger Things. Though she appeared in only a few scenes before meeting an untimely death, the bespectacled character inspired a hashtag (#JusticeForBarb), fan art, and even a rap song ("R.I.P. Barb" by Dr. Chorizo). The character also brought the first-time actress who played her, Shannon Purser, an Emmy nomination and enabled her to quit her job at a movie theater to pursue acting full-time. Now, after more supporting TV roles—including Ethel on Riverdale and Annabelle on Rise—Purser, 21, is taking the lead with the Netflix Original Movie Sierra Burgess is a Loser (out September 7).

Based on the classic 1897 French play Cyrano de Bergerac, Sierra Burgess also evokes ’90s rom-com classics like Can’t Hardly Wait and She’s All That. Purser’s Sierra is a proud loner who plays the flute and wears sweaters that could have come, as Purser puts it, “straight off an 80-year-old woman.” But she finds herself pretending to be the most popular girl in school after said popular girl gives Sierra’s number to a boy at a neighboring school as a joke. “Sierra doesn’t care how other people perceive her and is comfortable being different—and then this boy comes into her life and she reevaluates who she is,” Purser tells me over the phone from her parents’ house in Georgia. “It’s so real to feel like you need to change for somebody else, and the beauty of this story is, she realizes you don’t have to. Your true self is your best self.” 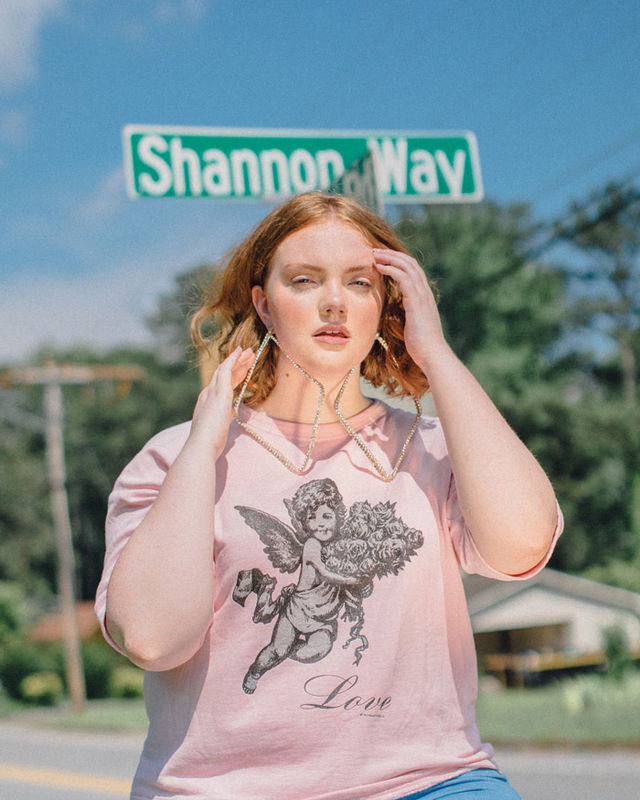 T-shirt: Vintage; Earrings: Custom; Jeans: Shannon's own
Something all Purser’s characters have in common is that they feel more familiar than most teenage characters onscreen. “We see a lot of movies where high schoolers have six-pack abs and look like supermodels and are 27 years old, and that’s not an accurate representation of high school,” Purser says. “Most high schoolers are awkward. They’re uncomfortable in their bodies and they’re trying to fit in.” She should know. Purser filmed Stranger Things during her senior year of high school. For her portrayal of Barb, she says, “I tried to be honest to what my experience in high school was like.” That experience (at a “homeschool co-op thing” rather than a public school) was “pretty good, but I was—I mean, I still am—kind of a weird person, sort of introverted, and like everyone else, trying to find my place in the world.”

Purser’s honesty is also evident online, where she’s been outspoken about body image (“Please do not ever make comments about my weight or tell me that I look good or bad because of it,” she wrote on Twitter. “I look good now. I am happy. I don’t need you to approve my body. Thanks.”); LGBTQ representation (she came out as bisexual on Twitter in 2017); and mental health (she wrote an essay for Teen Vogue about experiencing OCD, depression, and suicidal ideation). “Having a platform, it’s a privilege,” she explains. “I take it seriously. It’s good to be the good you want to see in the world, and to be the person you wish you’d had when you were younger. There’s a lot of negativity out there, and if someone needs help to feel a little less alone, I want to be that person.”

"To All The Boys I've Loved Before" Star Lana Condor On The Return Of The Rom-Com: BUST Interview

How "Stranger Things" And "Riverdale" Are Rebranding Horror's "Final Girl"