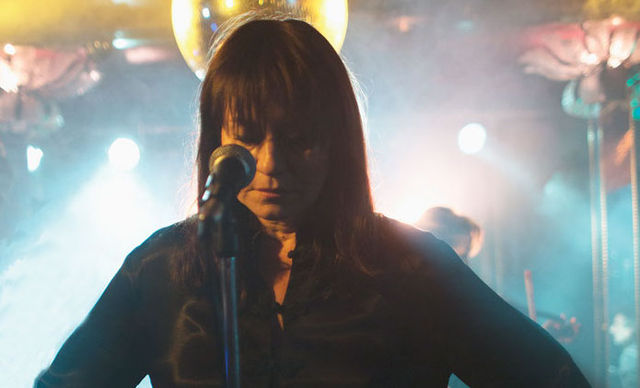 Nico (born Christa Päffgen) was a beautiful German model/actress/singer/songwriter with a deep, hypnotic voice. By the mid-1960s, she was one of Andy Warhol’s superstars and a vocalist for the Velvet Underground. Later, she released several solo albums, struggled with heroin, and got clean in 1986 before a stroke ended her life in 1988 at age 49.

The biopic Nico,1988 focuses on the last year of Nico’s life. It was a time she spent promoting a new album, touring, and trying to repair her relationship with her son. Director Susanna Nicchiarelli wisely chose to have her lead actor Trine Dyrholm use her own singing voice during the musical segments rather than dubbing Nico’s vocals. As a result, Dyrholm’s brilliant performance authentically embodies Nico’s inner turmoil as she attempts to rebuild her life and become a supportive mother. Some of the film’s supporting characters’ storylines seem out of place, but Dyrholm’s stellar performance carries the film throughout.

Tags: Nico 1988 , Nico , Susanna Niccharelli , Trine Dyrholm , movies , movie
Support Feminist Media!
During these troubling political times, independent feminist media is more vital than ever. If our bold, uncensored reporting on women’s issues is important to you, please consider making a donation of $5, $25, $50, or whatever you can afford, to protect and sustain BUST.com.
Thanks so much—we can’t spell BUST without U.