"Zoe" Is An Endlessly Circular Mope-Fest 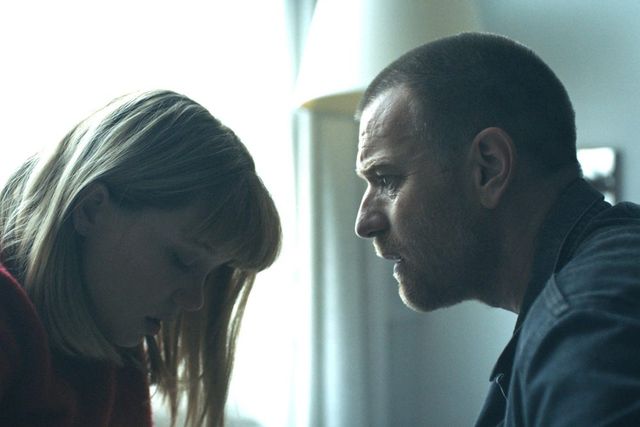 Drake Doremus’ latest film, Zoe (pronounced Zoh), feels as if it were meant to be stumbled upon and streamed on a lazy, rainy afternoon; you have it on in the background, giving it about half of your attention, while doing something absentmindedly on your phone. That’s how most people will probably watch it (it’s on Amazon Prime), but Zoe’s tendency to inspire that nebulous not-watching associated with the throes of a television binge almost feels as if it’s by design and not by accident, since it really fails to hold up to any sort of closer scrutiny. There are half-baked ideas brimming under the surface in Zoe, which gives us a world where humanity has seemingly delegated emotional and romantic decisions to technology and pharmaceuticals.

The strategy is three-pronged: robotic companions (called “Synthetics” in a realistically-prescient form of marketing jargon) are sold as the perfect companions/lovers to lonely humans; human couples can be evaluated by a machine for compatibility, or single humans can use the same machine to find a compatible match; a new pill recreates the hormone rush of falling in love, rejuvenating stagnating relationships or allowing users to trip on a love high with complete strangers. Each of these three mechanisms would make an interesting story basis on its own, but shoving all three together as part of the same world-building means each gets short shrift, and none of the particularly interesting ethical issues actually get explored. Instead, Zoe focuses too much on the personal, on the textural—the artful gray-tinged shots of sad people in light-filled white rooms, the ponderous monologues and circular conversations about love, the unsettling humming-sounding score, which is ultimately to the detriment of the movie. We’re set up for a grand meditative examination of life and personhood that just becomes an endlessly circular mope-fest.

Léa Seydoux plays the titular Zoe, who works at the company that seems to have cornered the market on all three aforementioned forms of romantic decision-making. She harbors a crush on Cole (Ewan McGregor), the moody scientist who creates and programs Synthetics. Zoe soon bonds with Cole’s newest creation, the charming, shy Ash (Theo James), hoping to help him develop and acclimate to the world. It’s not a spoiler (it’s in the description of the movie) to reveal that Zoe isn’t actually a human at all, but an incredibly realistic model of Synthetic. We’re given little hints that something’s not quite right with Zoe: the all-knowing compatibility machine can’t find a match for her. Why is there no food in her refrigerator? And why does Cole, a mere coworker, have a key to her apartment? It’s when she confesses her feelings to Cole that he takes it upon himself to tell her that terrible truth about herself: she’s not human, her memories are false, and any kind of love she might feel isn’t necessarily real. Naturally, they embark on a relationship. There’s a film buried somewhere within the totality of Zoe that actually is concerned with the ethics of Cole and Zoe getting together when she has no free will or concept of consent. Despite Zoe nearly completely passing for human, she lacks the ability to cry, although, unsurprisingly, she is capable of sexual intercourse and of performing the feeling of physical pleasure. In a cynical sense, she’s the perfect woman for a certain kind of misogynist: devoted, sexy, sexual, not bogged-down with tears and hysterics.

The strongest moments in Zoe derive from the hints of intelligence and unease that come from a society in which these most important personal decisions are entirely delegated to technological processes. What has happened in the world of Zoe, where we are so concerned about lasting love that, counter-intuitively, we decide to give up all control over how we choose to embark on a relationship? A fake commercial for the drug that simulates that immediate rush of love is biting and knowing in the tropes it’s spoofing. There’s even an entire underground Synthetic brothel, where Jewels (Christina Aguilera, oddly enough), the main attraction, is passed from client to client until she physically degrades and is eventually shut down. A scene where Zoe undergoes a reparative operation and is cut open is viscerally horrifying—a reminder of what could have been in a film where the writers weren’t so focused on the specifics of Zoe and Cole’s star-crossed love.

But these details are drowned in the tortured love story, which does McGregor, a normally incredibly appealing and captivating actor, precisely zero favors. Seydoux acquits herself well; her journey from innocence to realization is riveting and affecting. Theo James is melancholy and wry as Ash. Rashida Jones plays Cole’s ex-wife, a totally thankless role that revolves around her being reassuring and supportive. Ironically enough, it’s the Synthetics played by Aguilera and James (particularly James) who show far more introspection and self-awareness than Cole, who spends the entire film marinating in self-pity, and if Zoe had more teeth, or a stronger point of view, the story could have gone that route—questioning if humans can create something more human than themselves.

Tags: Zoe , Drake Doremus , Lea Seydoux , Ewan MacGregor , movies , movie review
Support Feminist Media!
During these troubling political times, independent feminist media is more vital than ever. If our bold, uncensored reporting on women’s issues is important to you, please consider making a donation of $5, $25, $50, or whatever you can afford, to protect and sustain BUST.com.
Thanks so much—we can’t spell BUST without U.