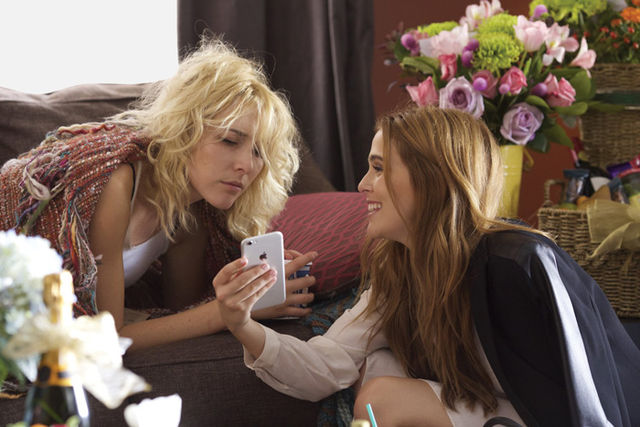 For her directorial debut, actor Lea Thompson made The Year of Spectacular Men a family affair. The film follows Izzy, played by Thompson’s oldest daughter Madelyn Deutch, as she awkwardly navigates her first year out of college. Alongside Izzy is her seemingly more mature younger sister Sabrina, who also happens to be Madelyn’s real-life sister, Zoey Deutch. As Izzy jumps from month to month, romance to romance, and rides the waves of emotional and physical uncertainty that often overwhelm 20-somethings, she’s forced to recognize some challenging truths that have been holding her back from the growth she’s so desperately seeking.

Written by Madelyn Deutch and inspired by her own post-graduate experience, this film unfortunately fails to become the story the filmmakers intended it to be. The narrative sloppily whizzes through character introductions, making the sometimes-comical hodgepodge of plot points seem unmotivated and nonsensical. The storyline also attempts to tackle depression, relationships, sisterhood, sexuality, and that messy first year out of college, and by doing so, forgets that it’s supposed to be about Izzy’s “year of spectacular men.” However, despite its flaws, the passion behind this project can be felt throughout the entire film. If anything, the story’s clumsiness only highlights the complexity of post-graduate life while destigmatizing female sexuality. (2/5)