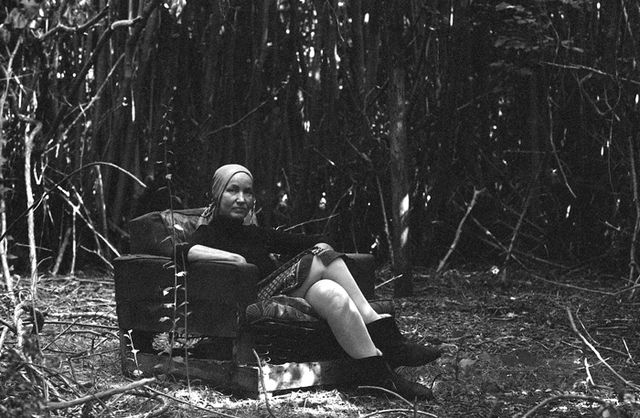 That Summer
Directed By Göran Hugo Olsson
Out May 11

In 1972, socialite Lee Radziwill asked artist Peter Beard to help her make a film featuring her relatives, Big and Little Edie Beale of Grey Gardens. The pair hired filmmakers David and Albert Maysles to help, but the project never panned out. Three years later, the Maysles brothers returned to the house in the Hamptons and made the now legendary documentary Grey Gardens. But nobody saw that original attempt—featuring more of staunch Little Edie’s wild outfits, dance numbers, and uncomfortably long camera serenades—until now.

Beard and Radziwill narrate this footage of their summer in Montauk, where Studio 54 regulars like Andy Warhol, Mick and Bianca Jagger, and Jackie O flocked, frolicked and made art. The group makes their way to Grey Gardens hoping to be entertained by the eccentric Bouvier women and without fail, the camera captures plenty of div-ine Edie-isms. Grey Gardens purists might find it jarring to see the isolated icons fully clothed and interacting with outsiders, but this prequel still contains plenty of tough love between two high-class outcasts whose dreams remained stagnant due to the restrictions put on women during their prime. (4/5)

"Grey Gardens" Could Be Yours, "Oozing With Romance, Ghosts, And Other Things" (Like A $20 Million Price Tag)