"Gemini" Is The Thrilling, Female-Led Murder Mystery You've Been Waiting For 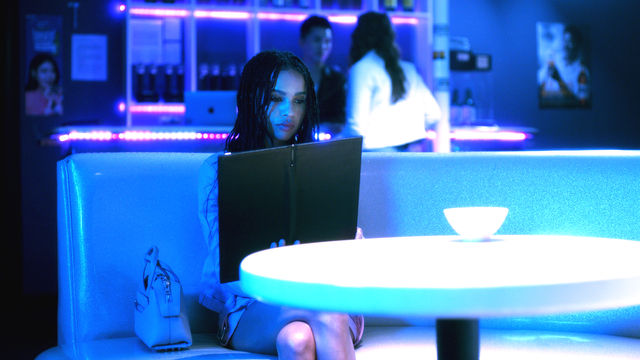 Gemini
Written and directed by Aaron Katz
Out March 30

Set in current-day Los Angeles, Gemini is the thrilling, female-led murder mystery you’ve been waiting for. Heather and Jill (played by Zoe? Kravitz and Lola Kirke) are best friends. They sing karaoke in Koreatown, pass out at each other’s houses after a night of drinking, and on occasion, offer up a gun if they think the other might be in danger. But the pair is more than just friends. Heather is a major film star and Jill is her assistant. So when Jill finds Heather dead just hours after leaving Heather alone with her gun, all fingers point to her. Disguised and on the run, it’s up to Jill to uncover the truth.

Writer/director Aaron Katz pokes fun at the all-consuming cinematic nature of Los Angeles by highlighting the intrusive culture of Hollywood. Paparazzi and fangirls push into scenes uninvited, hungry for information that isn’t theirs to consume, reminding Heather and Jill that despite their best efforts, they’re always being watched. Katz also manages to flip the script by casting women in action-packed roles traditionally reserved for men in this genre, while delivering a satisfying twist that makes Gemini one of the must-see films of the season. 5/5

"Roxanne, Roxanne" Is A Joy For Hip-Hop Heads: BUST Review

Why I Needed "A Wrinkle In Time"

Tags: Zoë Kravitz , Lola Kirke , Gemini , Aaron Katz , movies , movie review
Support Feminist Media!
During these troubling political times, independent feminist media is more vital than ever. If our bold, uncensored reporting on women’s issues is important to you, please consider making a donation of $5, $25, $50, or whatever you can afford, to protect and sustain BUST.com.
Thanks so much—we can’t spell BUST without U.