"Roxanne, Roxanne" Is A Joy For Hip-Hop Heads: BUST Review 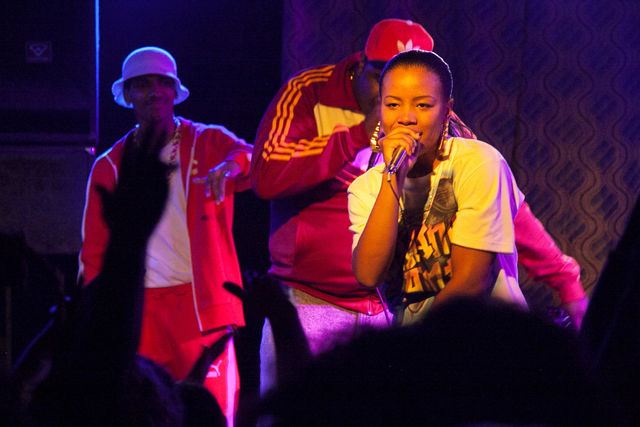 The biopic Roxanne, Roxanne takes viewers through the early life of one of the first female rappers, Roxanne Shanté, who as a teen spit one of the hottest rhymes of the early ’80s. Shanté (born Lolita Shanté Gooden and played impeccably here by Chanté Adams) birthed the famous “Roxanne Wars” of 1984, when at 14, she dropped an answer track to U.T.F.O’s “Roxanne, Roxanne” with a freestyle called “Roxanne’s Revenge.” Recorded in one take by producer Marley Marl in N.Y.C.’s Queensbridge Projects, the song was a hit that birthed the trend of rap answer records that continues to this day.

Produced by Pharrell Williams, Roxanne Roxanne focuses on Gooden’s rise to fame while struggling with a very difficult personal life. Nia Long devastates as Gooden’s alcoholic mother, and the two have a rough relationship that is further splintered when Gooden gets involved in an abusive relationship with a much older man and becomes pregnant. Despite these dark themes, this film is a joy for hip-hop heads. Those unfamiliar with rap history, however, may walk away still trying to understand why Shanté has had such a longstanding impact on the genre.  4/5

Why I Needed "A Wrinkle In Time"