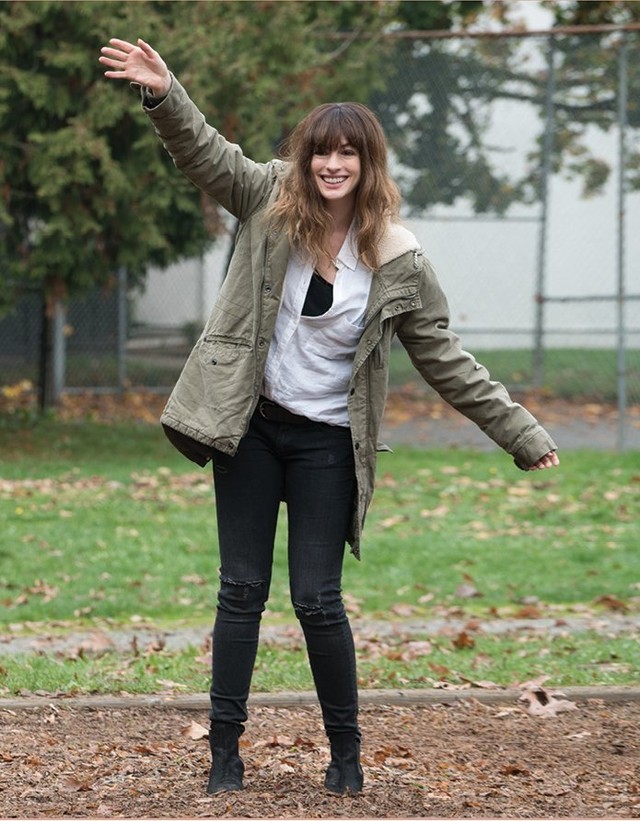 Anne Hathaway goes indie in this utterly delightful and strange movie about heartbreak, addiction, and literal monsters. Hathaway stars as Gloria, a formerly fancy New Yorker whose life is in shambles after she’s dumped by her hot, seemingly perfect boyfriend (Dan Stevens). Broke and homeless, she retreats to her small hometown to lick her wounds and drink, eventually striking up an unlikely friendship with a bar owner, Oscar (Jason Sudeikis), and his ragtag crew of buddies. Against this everyday dysfunctional backdrop looms a global crisis that erupts when a giant monster appears out of the sky above Seoul, South Korea. It’s your typical Godzilla scenario, but something ignites a spark of paranoia in Gloria. Is it possible that the terrifying events across the world are linked to her nightly blackouts?

Colossal is a fabulous showcase for Hathaway’s finely calibrated dark humor. Gloria is broken, sad, and unpleasant—someone you’d party with but never trust with your purse. She’s someone we’ve all known or been, thrust into a bizarre world where dark, ugly secrets can kill. Sudeikis, who has been sold to audiences over and over as a lukewarm love interest, is also perfectly cast. Writer/director Nacho Vigalondo has crafted an impressive monster movie that mixes old-school kaiju action with lots of heart and human insight. (4/5)

Bridget Everett: 'You May Not Know Me, But You Sure As F*Ck Won't Forget Me' BUST Interview

We All Have Math Brains, Thanks To This Sassy '80s-Style Infomercial