The Zookeeper's Wife' Is The Story Of A Real WWII Heroine: BUST Review 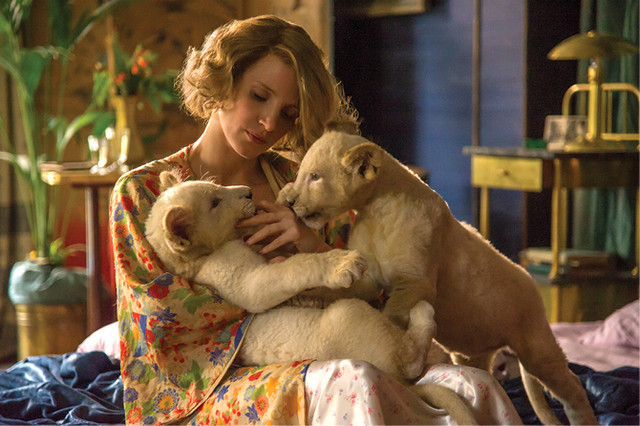 The Zookeeper’s Wife
Directed by Niki Caro
Out March 31

In the past few years, “The Male Profession’s Female Relative”-style titles have become so common they’re often mocked (The Aviator’s Wife, The Hangman’s Daughter...)—but The Zookeeper’s Wife deserves your attention despite its name. Jessica Chastain stars as Antonina? ??abi?ska, the titular zookeeper’s wife, but she’s a far more talented zookeeper than her husband, the gruff but well-meaning Jan (Johan Heldenbergh). The film opens in Warsaw, Poland, in 1939, and as soon as you see the date flash across the screen, you know what’s going to happen, and it does.

Based on a true story, we follow Antonina and Jan throughout the years of the Holocaust and WWII as they smuggle hundreds of Jews out of the Warsaw ghetto, hiding them in their near-empty zoo right under the noses of German officers. Much of the film is specific to Polish history, covering the bombing of Warsaw, the Polish resistance, and the burning of the Warsaw ghetto. Chastain gives a strong performance and is helped along by a script by Angela Workman that, along with Niki Caro’s direction, puts Antonina, a far more interesting character than any of the others, right where she should be: at the center. If only the film had been called The Zookeeper or Antonina instead. (4/5)

We All Have Math Brains, Thanks To This Sassy '80s-Style Infomercial

ADVERTISEMENT
Tags: movies , review , zookeeper's wife
Support Feminist Media!
During these troubling political times, independent feminist media is more vital than ever. If our bold, uncensored reporting on women’s issues is important to you, please consider making a donation of $5, $25, $50, or whatever you can afford, to protect and sustain BUST.com.
Thanks so much—we can’t spell BUST without U.