Diane Kruger Seeks Revenge On Neo-Nazis In "In The Fade": BUST Review 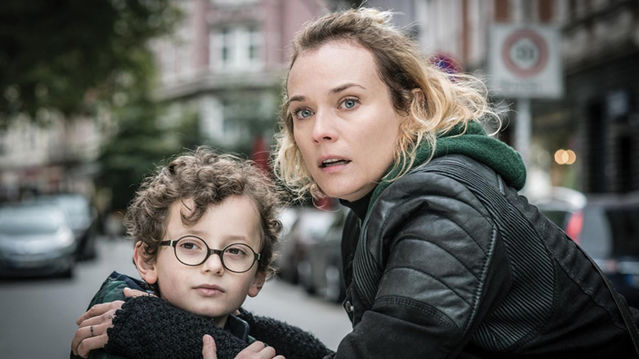 ?Turkish-German filmmaker Fatih Akin takes on a difficult and necessary subject with In The Fade—the recent rise of white supremacy and Nazism in Germany, Europe, and worldwide. Diane Kruger plays Katja, a white German woman whose Kurdish-German husband, Nuri (Numan Acar), and six-year-old son, Rocco (Rafael Santana ), are killed in a terrorist bombing in contemporary Hamburg. Katja is sure that Nazis are responsible, but the German police insist on focusing on Nuri’s former drug convictions and his race, blaming the “Kurdish mafia” for his and Rocco’s deaths. With help from Nuri’s lawyer friend Danilo (Denis Moschitto), Katja pursues legal action. But when the system fails her, she takes matters into her own hands.

Kruger gives a devastating performance as a woman torn apart by grief and rage. She won the Best Actress Award at Cannes for this performance, and the film is also Germany’s official Oscar entry in the Best Foreign Language Film category. Closing credits note the rise of Nazi attacks in contemporary Germany, but the film explores both the blatant white supremacy of the Nazis and the more subtle white supremacy of the legal system. American audiences will, unfortunately, find much that feels familiar. –Erika W. Smith?

"The Post" Is More Than Just Another Journalism Movie: BUST Review