"I, Tonya" Tells Tonya Harding's Side Of The Story: BUST Review 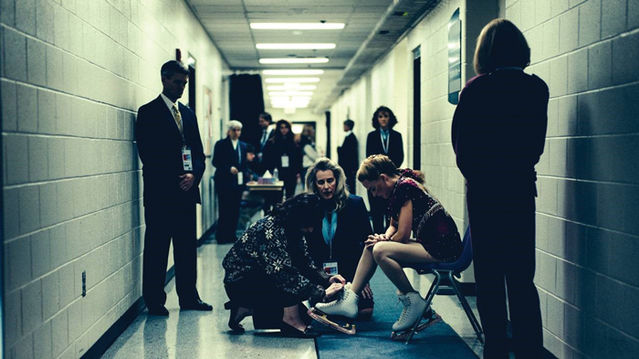 I, Tonya?
Directed by Craig Gillespie?
Out December 8

Director Craig Gillespie (Lars and the Real Girl) takes us back to the infamous ’90s rivalry between figure skaters Nancy Kerrigan and Tonya Harding in I, Tonya. In case you’ve never been exposed to pop culture, in the weeks before the 1994 Olympics, an attacker hit Kerrigan in the leg with a baton at practice—an attack that was then blamed (rightly or wrongly) on Kerrigan’s competitor, Harding. Now, in this dark but ultimately sympathetic dramedy, Gillespie takes us through Harding’s side of the story. (Kerrigan hardly speaks a line beyond her memorable scream of “Why, why, why?”) ??

Viewers begin watching Harding’s life as she joins a figure skating class at three years old. After two child actors give it their all, Margot Robbie—who also produced—takes her turn as Harding, playing her from age 15 through adulthood. Robbie portrays Harding as an awkward, melodramatic teen and young adult with braces, raging hormones, and incomparable talent. But she also makes us feel for her as we see how she’s abused by her mother (played by the incredible Allison Janney) and later by her boyfriend/husband/ex-husband, Jeff Gillooly (Sebastian Stan). A flash-forward to present-day Harding, Gillooly, and co-conspirator Shawn Eckhardt (Paul Walter Hauser) puts a powerful, post-Monica-Lewinsky-TED-Talk spin on the concept of public shaming. 5/5 –Erika W. Smith

"Fits And Starts" Is A Hilarious Interpretation Of Moder Artistry: BUST Review

"The Shape Of Water" Is One Of The Best Movies Of The Year: BUST Review