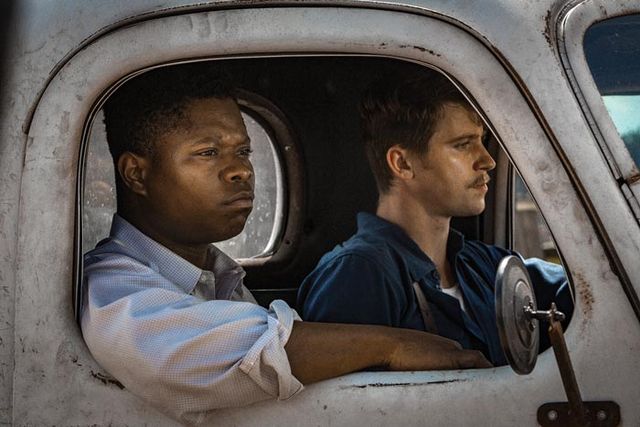 Mudbound
Co-written and directed by Dee Rees
Out November 17

Writer/director Dee Rees (the filmmaker behind Bessie and Pariah) aims high with Mudbound, a sprawling Southern Gothic tale of two families whose fates are impossibly intertwined. Jamie McAllan (Garrett Hedlund) strikes up a friendship with Ronsel Jackson (Jason Mitchell) after they return from fighting in World War II; together, they drink and reminisce and try to heal. What makes their friendship unique, and dangerous, is that Ronsel is black and Jamie is white, and neither of their families is pleased with the budding friendship—especially not Jamie’s hateful father Pappy (Jonathan Banks). The muddy, unforgiving farmland of rural Mississippi serves as an evocative backdrop for the simmering resentment between the families. Simmering, that is, until tensions explode in an orgy of violence and terror.

Based on the novel by Hillary Jordan, Mudbound boasts a formidable supporting cast that includes Carey Mulligan and Mary J. Blige. The script, which Rees co-wrote with Virgil Williams, is the weakest link. Occasional voiceovers from different characters feel jarring and tacked on. The story also takes too long to get where it’s going. Once it does, however, it will stick with you for a long time. Rees took on a major project, one that’s wildly different from her previous films, and that alone is worthy of praise. 4/5