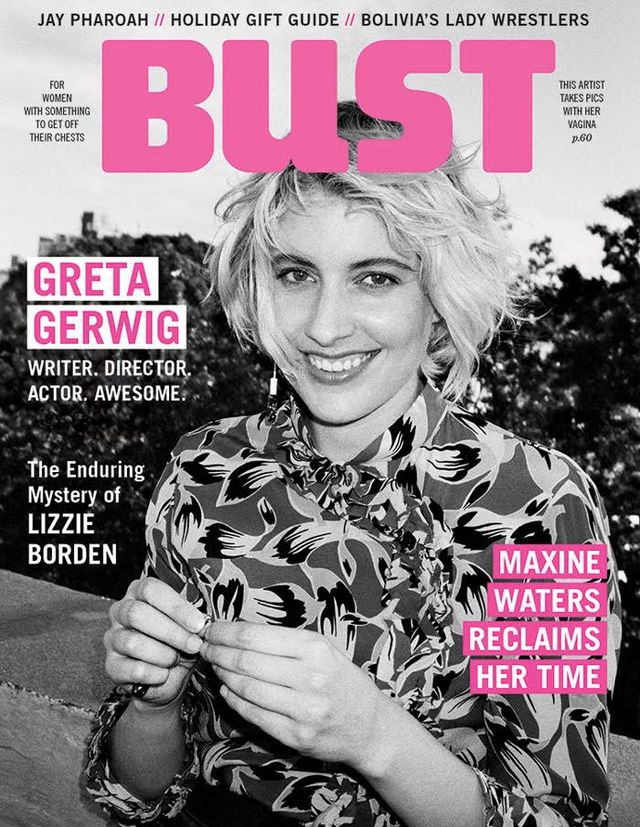 We are so excited to announce that BUST's December/January cover star is Greta Gerwig! You might know her best as the star of beloved films Mistress America and Frances Ha (both of which she also co-wrote), but Gerwig is now making a name for herself as a director with her incredible solo directorial debut, Lady Bird. Gerwig also wrote the film, which follows a teenage girl (Saoirse Ronan) and her turbulent relationship with her mother (Laurie Metcalf) during her senior year in Sacramento, 2002. Make sure you bring plenty of tissues to the theater when you see it.

In our eight-page cover story, Gerwig talks about her love for Sacramento and New York, her responsibilities as a woman screenwriter and director, and her relationship with her boyfriend and frequent collaborator Noah Baumbach. Take a sneak peek below.

This issue is on its way to subscribers now, and hits newsstands next Tuesday, November 20th. Subscribe to BUST magazine here. 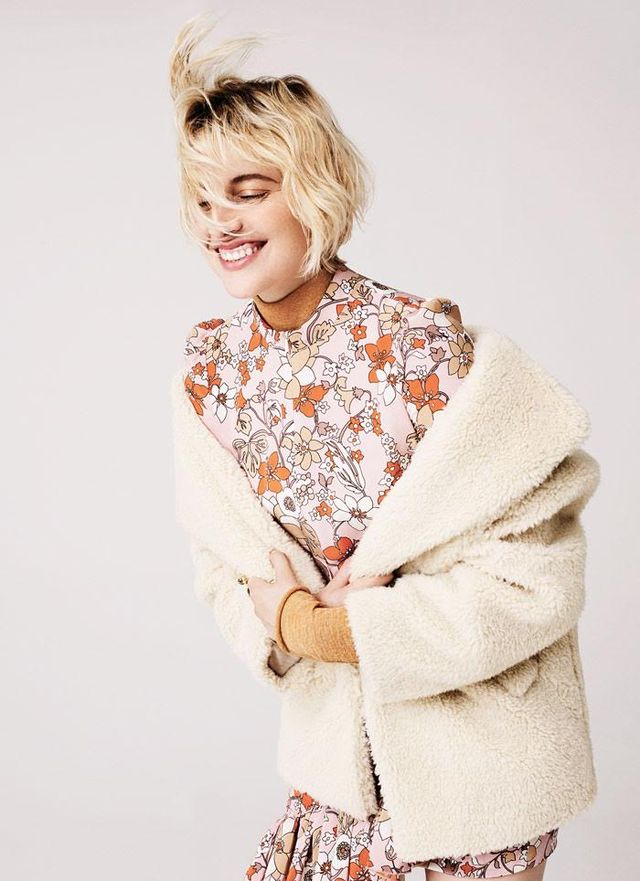 On writing female characters like the ones in Lady Bird:

“I’ve tried to write female characters where their central story is not a question of whether she will or will not end up with some dude. I like writing about women in relation to other women—mothers and daughters, friends, sisters, mentors, employees and employers—because men don’t know what women do when they aren’t there. These are powerful, complicated, rich relationships that deserve their own place in the collection of stories we tell ourselves about what it means to be human.”

On her boyfriend Noah Baumbach:

“Having a partner who knows what it is that I do, and the odd requirements of the job, is very helpful. You’re either working for 24 hours a day, seven days a week, or there’s nothing. Which is an odd combination, and to be able to share that is good.”

“I wonder about what I’m still holding back, and how much of that gets internalized—that you stop yourself—because it’s fucking hard for women to do what we’re not really supposed to do.”

"Mistress America": An Allegory For Millennials Who Love Movies