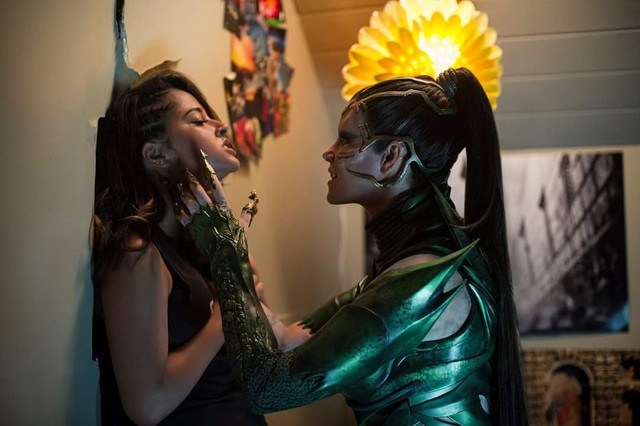 Another year, another superhero movie revamp — this time with a major difference.

The new Power Rangers movie, opening this week, integrates the first LGBTQ leading character in a superhero blockbuster of its kind.

The Yellow Ranger, Trini, played by Becky G, deals with “girlfriend problems” and is perceived to be questioning her sexual orientation throughout the Hollywood remake.

Becky G says this should not be a big deal.

The singer turned actress spoke to TMZ on Wednesday about all the fuss over her role at a Hollywood star ceremony for the creator of the Mighty Morphin Power Rangers, Haim Saban.

She said that she couldn’t understand all the hype and that her issue with the character was merely about the timing.

“It makes me sad that it’s such a big deal, because I feel like it could have been done such a long time ago, but it makes me really proud.”

This news coincides with the release of the record-breaking Beauty and the Beast, which makes a subtle reference to an LGBTQ character in their reimagined live-action movie. 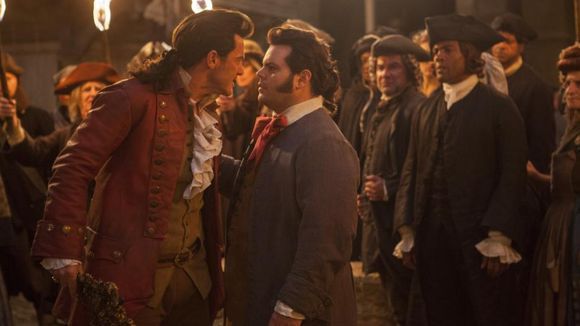 Director Bill Condon created the controversy in the lead up to the movie release by suggesting a “gay moment” between the bumbling LeFou, played by Josh Gad, and leading male villain Gaston, played by Luke Evans.

The “gay moment” described by the director, as well as the 30-second male and male dance in the final scene, caused a stir in some countries about whether it was suitable for release. For filmgoers in Russia, the updated childhood classic was hit with a 16+ rating, and Malaysia pulled the film from theaters completely, only to re-release it with a PG-13 rating.

However, like Becky G, Beauty and the Beast cast member Ewan McGregor suggested the clamor of gay speculation is mindless and overblown when speaking with Stephen Colbert on Monday. “He’s a gay character,” McGregor stated. “It’s 2017, for f—k’s sake.”

Photos via Scope Features and Disney

Why Is YouTube Blocking Videos By LGBTQ+ Creators In “Restricted Mode”?