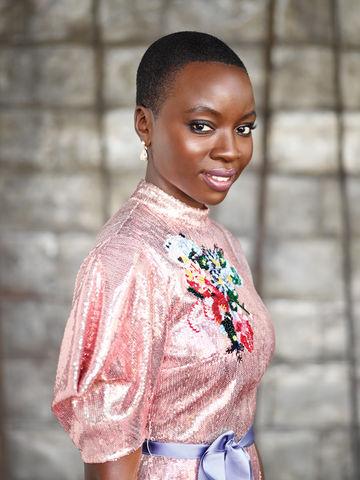 Writer/Actor/Activist Danai Gurira does it all

Best known for her role as Michonne on AMC’s The Walking Dead, and as the author of the Tony Award-winning play Eclipsed, Danai Guirira is at the vanguard of popular culture and ideas. And now that she’s nabbed roles in two of the biggest films slated for 2018—Black Panther and Avengers: Infinity War—the creative powerhouse is cultivating an even larger platform for her impressive array of activist work. Currently, that includes involvement with the ONE Campaign (fighting extreme poverty and disease around the world), Bring Back Our Girls (the effort for the return of kidnapped female students in Nigeria), Love Our Girls (a global group working to empower young women), and the Almasi Arts Alliance (a non-profit facilitating work between African and American artists). And she’s just getting started.

Born in America and raised in Zimbabwe, Gurira was named “Danai,” which means, “to love one another” in Shona, because she was born on Valentine’s Day. Now 39, she has been living up to her name ever since by “reclaiming Valentine’s Day to make it about loving our girls,” she tells me, and through the vibrant stories she writes about black women’s lives. She also does this through the characters she brings to life with fierce presence and complexity in a media landscape that often portrays women of color, and specifically African women, with a narrow monolithic lens.

Her joyful defiance in real life aligns with the righteous rebels she plays on screen. “I never entered this industry thinking about fitting into it,” she says. “I entered into it on my terms, for my reasons, and it was really about telling the stories of black women and African women in a way that I couldn’t find, and that I was starved for. I didn’t understand why the scope was so limiting. I felt like I needed to do it myself because I just couldn’t see it getting done.” 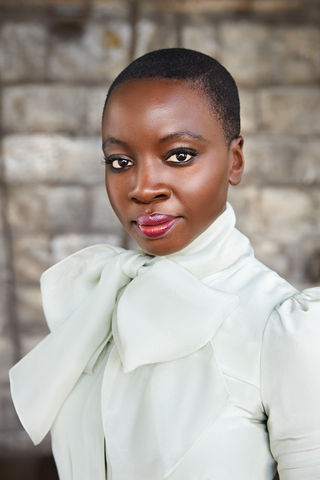 Like the city of her birth, Grinnell, IA—a stop on the Underground Railroad known for hosting abolitionist crusader John Brown—Gurira has been making history through righteous self-determination. Eclipsed, her 2015 play about five Liberian women who lived through the Second Liberian Civil War, was the first Broadway play featuring an all-black, all-women cast and creative team. Like Michonne, her purposeful sword-slinging, zombie-slaying character on The Walking Dead, the women she writes about in her plays and personifies as an actor are often survivors seeking to define themselves in spite of grave adversity.

When asked how she remains present while managing her multiple roles as a writer, advocate, and actor, she clarifies that she is just as deliberate and purposeful as the powerful women she portrays. From playing Afeni Shakur in the Tupac biopic All Eyez on Me, to Okoye, her warrior character in Black Panther, Gurira’s personas represent a lineage of sovereign women who take ownership of their lives because of their “love of their people” and themselves. “I try to live a purposeful life pursuing what I feel is my calling,” she says. And that calling includes creating roles as a writer that “give other black women a chance to shine. All my plays have African female protagonists and lead characters because I’m American born and Zimbabwe raised,” she continues. “I’m a product of both places and have lived my life attempting to connect them and bridge the gap.”

Gurira cites Nigerian writer Chimamanda Ngozi Adichie’s famous essay adapted from her TED talk, We Should All Be Feminists, when asked about her own feelings about the F word. “Feminism is about self-actualization,” she says. “Let girls and women self-actualize to their fullest capacity. Don’t let them be wrapped into some socialized sense of what it means to be female.”

The Black Women Of Marvel's "Black Panther" Are Slaying The Scene

Here Are The Best, Most Feminist Announcements From San Diego Comic Con