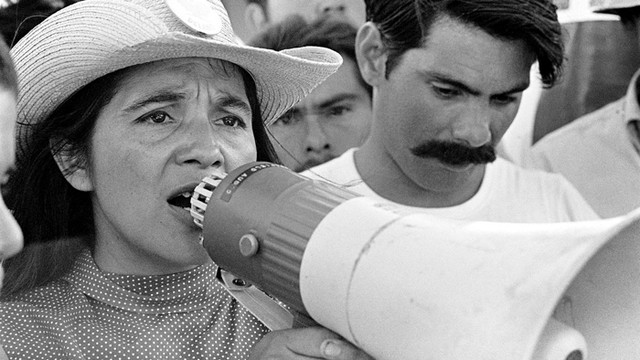 The new documentary Dolores opens with a morning show clip that calls labor leader and civil rights advocate Dolores Huerta, “the most vocal activist you’ve never heard of.” That short description sets the tone for the film, in which director Peter Bratt explores Huerta’s life and legacy — all for an audience he assumes has never heard of her. Bratt combines archival footage with interviews with Huerta (now 87), her family, and fellow activists including Gloria Steinem and Angela Davis. He explores Huerta’s life in full, showing just how much she changed the world for immigrants, laborers, the Latinx community, and women. Huerta faced sexism within the United Farm Workers movement and also struggled to find a place within mainstream feminism and environmentalism. But despite her dogged determination, the film spends an inordinate amount of time describing Huerta’s perceived failures as a mother and emphasizing her early love of dance, making one wonder how the film would have fared with a female director. While the documentary may be a little basic for anyone with above-average knowledge of feminism, activism, or Latinx history, it does bring Huerta’s story to a wider audience. Dolores argues that Huerta should have a much bigger place in American history — here’s hoping that this documentary can help make that happen.

"From The Land Of The Moon" Blends Postwar Drama, Romance, And Mystery: BUST Review

Jessica Williams Is A Delight In "The Incredible Jessica James": BUST Review