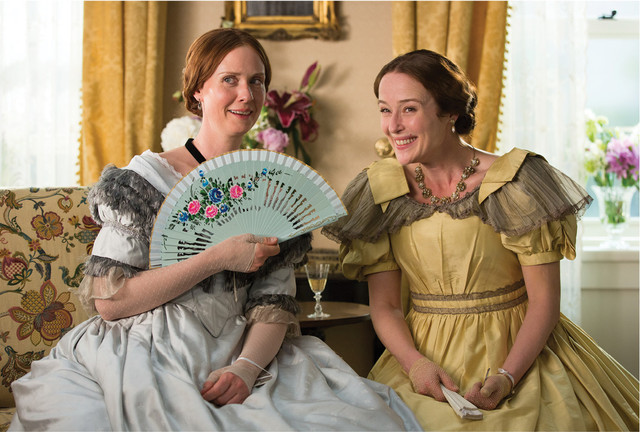 The idea of an Emily Dickinson biopic sounds exciting until you remember that Dickinson was a famous recluse. Much of what’s interesting about Dickinson comes from her written work, and while writer/director Terence Davies attempts to derive drama from her day-to-day life, he fails to create a captivating story. This is incredibly frustrating, because Davies comes close. But the moments of tension he introduces have no buildup and little reverberation. We see Dickinson confront the editor who has changed her punctuation — but there’s no mention of these changes or how she feels about them before or after that scene. We see Dickinson suffer greatly when the pastor she is in love with moves away — but he’d appeared in only one scene and had been mentioned only a few times before. Instead of a coherent storyline, viewers get interesting but disconnected moments spaced out between recitations of Dickinson’s poems.

Both Cynthia Nixon, playing adult Emily Dickinson, and Emma Bell, playing teenage Emily Dickinson, do their best to portray a person who was ultimately a mess of contradictions: both shy and outspoken, meek and prone to rages, humble yet convinced of her own great talent. If only they’d had better material to work with, this could have been a great film. (3/5) Erika W. Smith