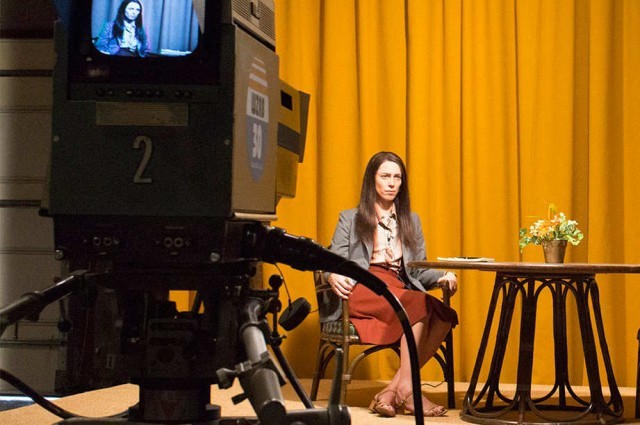 Based on a true story, Christine dramatizes the events that led to the on-air suicide of Sarasota, FL, local news reporter Christine Chubbuck (played by Rebecca Hall) in 1974. Director Antonio Campos delves deep into Christine’s world, showing all the ways in which life frustrated her: her obsessive crush on a smarmy coworker (Michael C. Hall); her ambitious and constantly thwarted career goals; her bickering relationship with the mother she still lived with; her reproductive health struggles; and an unnamed mental illness.

There’s a lot to like about Christine. The costumes, the color palettes, the hairstyles, and the music all evocatively summon the ’70s—in a way, this is very much a costume drama. And Rebecca Hall’s performance is incredible. Her Christine is awkward, full of nervous energy, and impossible to look away from. But Campos missed an opportunity to fully explore Christine’s mental-health challenges, opting instead to focus primarily on her nonexistent love life. The surely unintended result is that the film implies that Christine decided to kill herself because she was single and 30, instead of because of an untreated illness. –Erika W. Smith

Why I Won't Be Watching The 'Ghost In The Shell' Remake