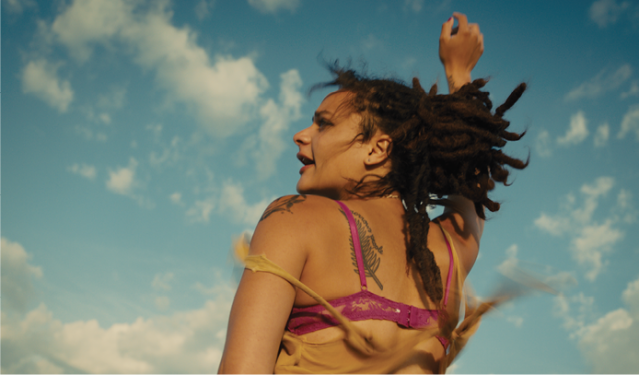 American Honey is a road trip movie in the best possible way. Viewers follow a teenage girl, Star (Sasha Lane, in her first movie), as she leaves a troubled relationship behind and joins a band of misfit young people who travel the country selling magazine subscriptions. They’re led by Krystal (Riley Keough), a self-described “American honey,” who rules with an iron fist, imposing drastic and often violent punishments for those who don’t meet her sales goals. The charismatic Jake (a rat-tailed Shia LaBeouf) is Krystal’s second-in-command, her top seller, and her lover—but he’s got his eye on Star, who doesn’t hide her crush on him.

The film is beautifully shot and pleasantly rambling. Writer/director Andrea Arnold really develops her characters, allowing viewers to feel all the bliss, excitement, doubts, and danger of Star and Jake’s tumultuous relationship. The pace drags at times, like during the several Almost Famous-style sing-alongs and many scenes of drunken partying. But the lead actors are remarkable: Sasha Lane has a promising career ahead of her, and consider this the beginning of a possible Shia LaBeouf comeback. Arnold, who won an Oscar for her short film Wasp, proves her talent yet again—and the judges at Cannes agreed, awarding American Honey the prestigious Jury Prize. –Erika W. Smith

PHOTO COURTESY OF A24

‘My Blind Brother’ Is Director Sophie Goodhart’s First Feature Film — Here’s How She Did It: BUST Interview