How Sarah Polley Went From Child Star To Oscar-Nominated Director 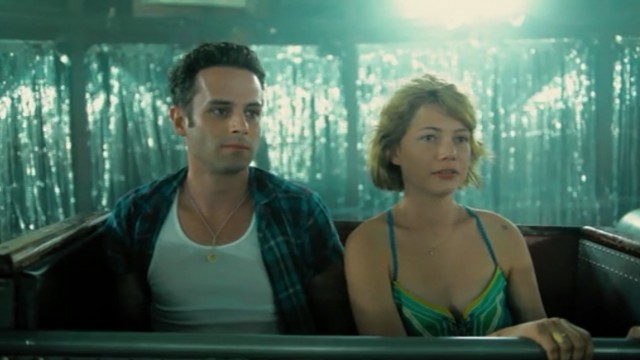 Both an actress and director, one could say that Sarah Polley comes by her creative and artistic genes naturally, being born into a showbiz family. Her father, Michael and her mother, Diane are both actors and met when they were both cast in a play.

Polley started going on auditions at age four and landed her first role at six in the Disney film, One Magic Christmas. She’s stated in the past that her interest in acting at that early age was entirely self-motivated, but now a mother herself, she doesn’t believe in allowing children to act for pay. “I think it’s great to nurture whatever interests your kids have,” she said in an interview with The Boston Globe in 2013. “But I don’t know why we need to rush our kids into professional environments, with all the pressures.”

At age 8, Polley was cast as Ramona Quimby in the television series based on Beverly Cleary’s books. She starred in Terry Gilliam’s The Adventures of Baron Munchausen  alongside her father, Michael.

Just before Polley’s 11th birthday, her mother Diane passed away from cancer. But Sarah continued to work. In 1990, she became even more popular when she took the role of Sara Stanley on the Canadian Broadcasting Corporation (CBC) television series Road to Avonlea. The show was picked up by Disney for distribution in the United States and at age 12, Polley attended an awards ceremony while wearing a peace sign to protest the first Gulf War. Disney executives asked her to remove the sign, but she refused.

The success of Avonlea allowed her to become financially independent and at the age of 14, she dropped out of school, left her family home, and got an apartment on her own. “I didn’t have any life skills, but I survived somehow,” she said.

She spent the next several years becoming involved in leftist and activist causes. Polley said during this phase, she viewed acting as “something really frivolous and trivial.” It was only after filming The Sweet Hereafter and its reception that Polley reconsidered the craft of acting. The film brought her attention in the United States where the film played at the Sundance Film Festival. “It took a long time for me to realize what a contribution it could be and how lucky we are to get to do to creative things with our lives—how unbelievably privileged that is and how few people get that opportunity,” Polley said in Interview.

In 1999, she was cast in The Weight of Water, a film based on an Anita Shreve novel, which was to be directed by Kathryn Bigelow. Polley, at 21, had just directed her first short film and since female directors were so rare, was excited to work with Kathryn. “I really, really love her,” she told Entertainment Weekly  in 2010. “A huge problem with trying to become a female filmmaker is that you don’t have a lot of role models. Kathryn was so encouraging, trying to include me in the process, showing me what she was doing.”

“She gave a lot of advice, was hugely supportive and showed such an active interest in my work,” Polley said. “She took the idea of mentorship seriously, which was great for me.” Bigelow gave Polley one piece of advice that she said she’ll never forget. “She said, ‘As a woman, you have to be like a dog with a bone. Everybody is going to try and take the bone away from you. You have to be a dog.”’

Polley’s first project, a script she wrote about the life of a 12-year-old actress starring in a TV series, failed to find funding. “I was turned down for financing for about five years straight, each time in ways more humiliating than the last. It was probably good that it wasn’t my first film anyway.”

While continuing to act, Polley balanced her schedule with developing her directorial debut, Away From Her. Based on a short story by author Alice Munro, it’s about an older woman who has Alzheimer’s and begins to forget her husband, even as she takes a shine to another man in her nursing home. The film received an Oscar nomination for the screenplay and Julie Christie received a Best Actress nomination.

Polley followed up with her second film, Take This Waltz, starring Michelle Williams as a young married woman who begins to have feelings for a man other than her husband.

Around the same time she was making her first film, she found out the answer to a family secret that had been haunting her for years. Her older siblings had always teased her about how she didn’t look much like her father. “It was always in the form of a joke. My family has always had an irreverent, dark sense of humor, but there was a moment when I began to take it a little bit more seriously,” Polley said.

Since her mother had passed while Polley was still young, she couldn’t go straight to the source, but rather had to ask her mother’s friends and old acting co-stars about her parentage. “The story itself didn’t interest me that much,” she insists, “because I think there’s something typical about it. But what made me originally think, “Wow, this actually would make an interesting subject for a film,” was watching how we were all telling the story to the people in our lives. I started to notice embellishments on some peoples’ parts—or things that got omitted that were crucial—as we all do in families when we’re hearing people talking about the past. It’s often not the past that we remember.”

In the film, Stories We Tell,  Polley sets out to tell the story from as many different people as possible, which include her father, Michael, and her siblings–two of which are from her mom’s first marriage and two of which were born during her mother’s second marriage to Michael–her mother’s friends, her mother’s co-stars, and finally, her real biological father.

Stories is certainly a personal film, but one which is so deftly told, weaving all the different memories and tellings of the same story together. Integrating real family home video footage with recreations of her mother’s life, one can hardly tell the difference between the two. The yellow cast and color of the 8 mm film immediately evokes nostalgia.

The greatest asset to the film might be Sarah’s dad, the one who raised her, Michael Polley. He narrates the film, telling the story of his marriage to Sarah’s mum, Diane, and the ups and downs of their relationship. He is absolutely willing to admit his foibles and shortcomings and Polley cited him as another reason she wanted to make the film. “I don’t think there’s anything typical about his response — which he doesn’t agree with,” Polley says. “When we’ve been at Q&As for the film, he always says, ‘I think you’d be surprised how many people would respond this way. People are a lot more grounded and decent than you imagine.’ ”

In the film, Polley talks with Michael about her own motives for making it. It took her five years to make, not because of funding, but because she was dealing with personal content, unsure if she wanted to spill all her family’s secrets on the screen. “Every time I feel I have my footing, I lose it. Have I totally lost my mind trying to reconstruct the past from other people’s words? Trying to form her?”

Polley feels Margaret Atwood may be able to say it best, “When you are in the middle of a story it isn’t a story at all, but only a confusion: a dark roaring, a blindness, a wreckage of shattered glass and splintered wood . . .”

And Atwood’s words will soon become as familiar as her own. After wrapping Stories, Polley finally won a 15 year campaign for the rights to Atwood’s book, Alias Grace, about a 1843 murderess. Polley will adapt it to the screen as a six-part series.

This post originally appeared on laurencbyrd.wordpress.com and is reprinted here with permission.

How Lauren Greenfield Shed A Light On America's Aristocracy With 'Queen of Versailles': 52 Weeks Of Directors

Loved Margot Robbie And Hated 'Suicide Squad'? We've Got Great News For You!

Lauren C. Byrd is a freelance writer and blogger. After leaving Tennessee post-college, she has lived in Los Angeles, update New York, Queens, and Los Angeles again. She loves to talk about women in film, but also cares about good TV, documentaries, podcasts, true crime, journalism and social justice.