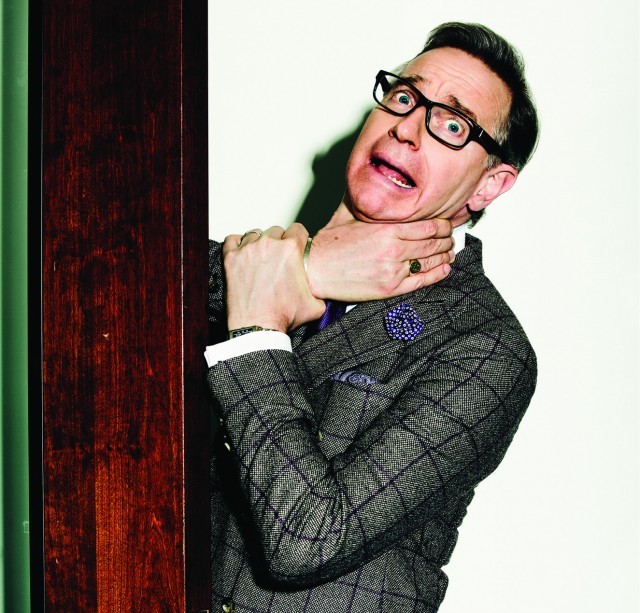 “I like women,” writer/director/producer Paul Feig, 53, tells me during a chat in his Burbank, CA, office, where the nameplate on his desk reads: Chief Business Gentleman. “I have a healthy relationship with the women in my life. I always have.”

Perhaps it’s this lifelong affinity with the XX crowd that is the secret to Feig’s success. Most people first got a taste of his signature style in 1999 when his series Freaks and Geeks starring Linda Cardellini became a cult phenomenon on NBC. But he really became the patron saint of female-fronted comedy when he directed the 2011 blockbuster Bridesmaids—a gloriously gross instant classic that was everything Feig had been told for years woman-driven comedies couldn’t be. After the success of Bridesmaids, Feig followed up with Spy, starring Melissa McCarthy and The Heat, with McCarthy and Sandra Bullock. And now this July, he’s releasing his reboot of Ghostbusters, starring McCarthy, Kristen Wiig, Leslie Jones, and Kate McKinnon. 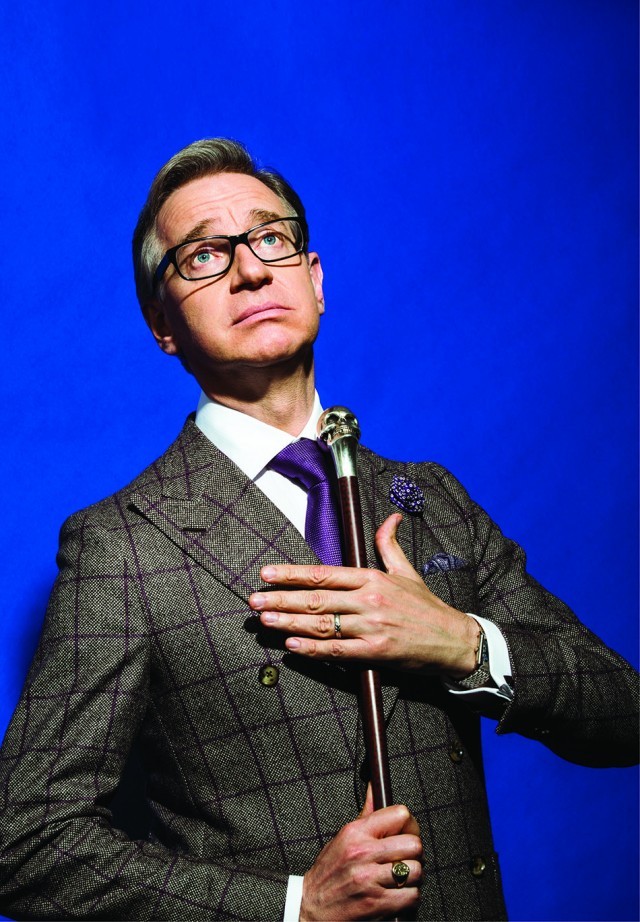 So why has Feig been able to place women front-and-center in film in a way nobody has been able to before? If you ask him, it’s a simple matter of respect. “Women have been so poorly represented in comedy by guys who are getting back at them or just have unhealthy relationships with their mothers and girlfriends,” says Feig. “You see that in characters like the shrewish mother or the angelic wife who does everything a man wishes his spouse would do. That’s not interesting in life and particularly not on the big screen.” Before Bridesmaids, Feig says, “I’d pitch comedies starring women and just couldn’t get them off the ground. There were these rules in Hollywood—you can’t have women star in this or that. You’d hear it for a while and then it’s like, ‘Why is that exactly? Can we challenge that?’”

Feig was frustrated with one-dimensional female characters in comedies that didn’t resemble the women he knew in real life. “I like insecurities, vulnerabilities, and mistake-making,” he says. “But women don’t get shown that way. I love portraying women the way I know them. I just kept waiting to have the power to be able to do it.”

Now that he has that power, however, the eyes of the critics are squarely on Feig. Long before there was a Ghostbusters trailer or cast, haters came out in full effect. But Feig hasn’t lost sight of the bigger picture. “Parents send me pictures of their daughters wearing Ghostbusters suits and looking so cool,” he says, “and it’s like, ‘Ah! Yes! That’s what it’s all about.’”

Check out the Ghostbuster's trailer below!

This article originally appeared in the June/July 2016 print edition of BUST Magazine. Subscribe today! More from BUSTThe New Ghostbusters Trailer Is Out And It Will Blow Your Remake-Hating MindChris Hemsworth Will Play The Receptionist In The All-Female GhostbustersBehind The Scenes With Freaks And Geeks! (#Tbt)