'Touched With Fire' Is Not Katie Holmes' Comeback: BUST Review 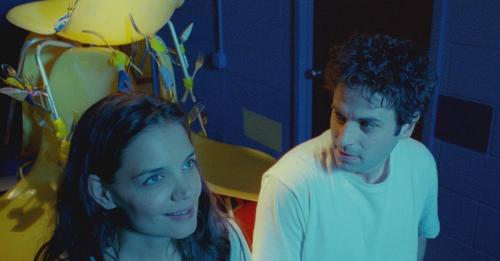 Is “quirky mental illness romance” an official Netflix subgenre yet? If you’ve seen Silver Linings Playbook or It’s Kind of a Funny Story, Touched With Fire will feel very familiar. Katie Holmes and Luke Kirby star as two poets with bipolar disorder who meet in group therapy at a treatment facility. They fall in love, struggle with mental illness, and fight to have a real relationship in spite of their families’ and doctors’ opposition. The film’s tone varies wildly. At times, writer/director Paul Dalio—who has struggled with bipolar disorder himself—pulls off a nuanced, complex consideration of the relationship between mental illness, medication, and creativity. Other scenes, however, play out an idealized love story, complete with passionate lovemaking under a waterfall. It’s like two different movies have been crammed together. Given the film’s subject matter, that may have been an intentional decision, but it doesn’t always work.

Katie Holmes’ performance is a highlight. She expertly conveys her character’s heightened emotions in a way that makes audiences really feel for her. Holmes more than proves that she deserves that elusive post-Tom-Cruise-divorce comeback—but unfortunately, this movie won’t be the one that does it. 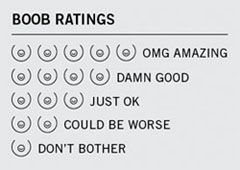 'The Affair': A Celebration of White Male Privilege in the Literary World