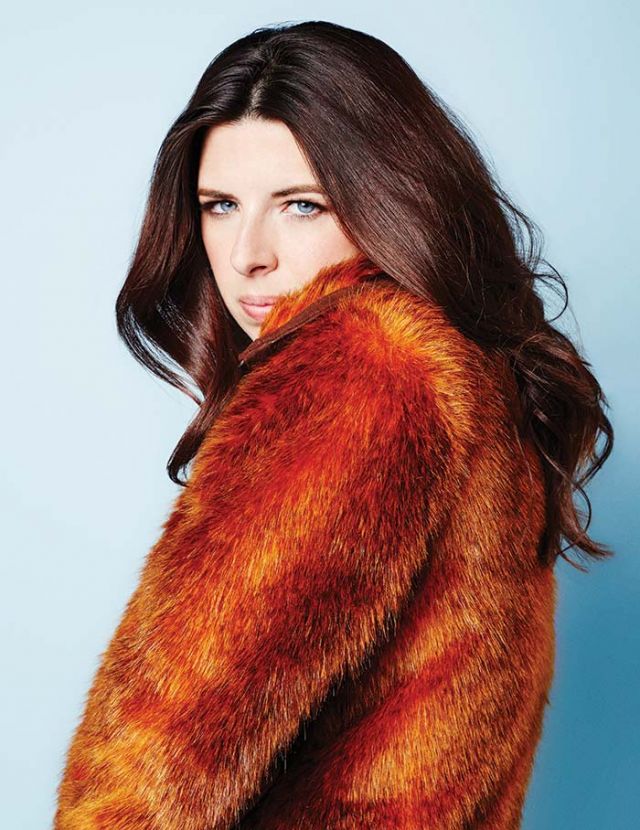 I’m sitting at the bar in a Los Angeles restaurant that’s bustling with weekday lunchers, and Heather Matarazzo is giving me meditation advice. “Breathe in love, breathe out fear,” she says. “Or breathe in acceptance, breathe out pessimism.” It’s a little hard for me to wrap my head around, since my deepest memory of the 33-year-old actor is in her role as Dawn Wiener, the tween queen of awkward in Todd Solondz’s 1995 cult classic Welcome to the Dollhouse. But the woman sitting next to me with palpable aplomb, wearing a white V-neck T-shirt, black polka-dotted skirt, and sensible-looking heels, is a far cry from “Wiener Dog.”

In the two decades since Dollhouse came out, Matarazzo has never stopped acting and her repertoire includes stints on Roseanne and The L Word as well as a starring role in the quintessential Millennial-YA movie The Princess Diaries (and its sequel).

“It really was an opportunity to be with collective comic genius. It was such a gift,” she says of the film, as our server sets a turkey club in front of her. It’s this type of positivity that stands out most about Matarazzo as our conversation bounces from animals (which she loves more than humans) to the Amy Winehouse documentary (she tears up talking about it) to the cross-country move she and her partner made from New York to L.A. last year (in an RV with two dogs and a cat). It’s also what she points out about Dawn Wiener, when I ask how that indelible character has resonated with women over the years. “There are two interesting camps I find. The people who think [Welcome to the Dollhouse] is a comedy and the people who don’t. And the people who don’t are the ones who really, really identify with Dawn and the struggle and her humanity,” she says. “I look at her and I think she’s fucking amazing. After all of the shit that she went through, she’s still on that bus with hope, going to Disney World,” she says, referring to the film’s end. “If that’s not a message of, ‘Keep going, it gets better….’” 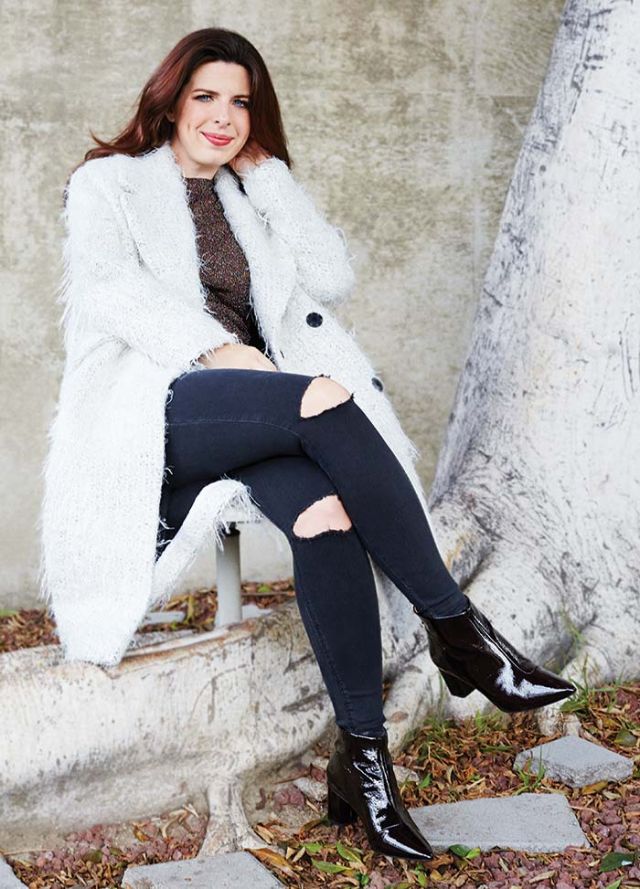 Making sure it gets better is high on Matarazzo’s to-do list, especially when it comes to the pervasive sexism of the entertainment industry. “I’ve gone through periods of time where I’m like, ‘RAAAWRGH, fight!’” she says, shaking her fist in the air. “One can get lost in that cacophony of negativity and I found that it doesn’t do any good.” Instead, she prefers proactive moves, like reaching out to inspiring female filmmakers including Selma director Ava DuVernay or publically supporting fellow actors unafraid of calling bullshit on the industry, like Rose McGowan, who was fired by her agent for shaming Adam Sandler and his sexist casting call.

Now Matarazzo is also focusing on writing, and creating characters that will help shift the pop culture landscape for women, much like Broad City’s Abbi Jacobson and Ilana Glazer, and Amy Schumer, whom she calls “pioneers.” “They’re paving the way; they’re in the underbrush, just cutting it down. And I don’t want to be one of those people who’s like, ‘Thank you so much,’” she says, taking an exaggerated sip of her iced tea. “I want to be like, ‘Where’s my machete? Let me help.’”

Heather Matarazzo Didn't Back Down After Hollywood Said She Was 'Unfuckable'

Rose McGowan Wants You To Join Her Army