'Mustang' Is A Moving Portrait Of Five Sisters: Movie Review 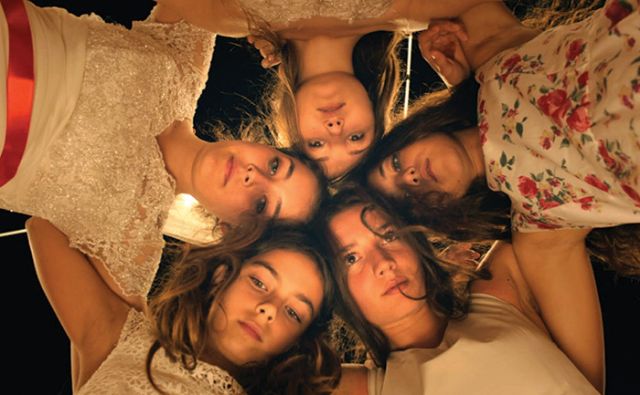 First-time filmmaker Deniz Gamze Ergüven illustrates the state of women’s rights in Turkey with this portrait of five sisters whose fates have spun out of their control. Lale (Güne? ?ensoy) and her sisters have enjoyed a certain amount of freedom since the death of their parents, but their grandmother and uncle put them on lockdown after an incident at the beach scandalizes them. Sonay (Ilayda Akdo?an), Ece (Elit ??can), Selma (Tu?ba Sunguro?lu), Nur (Doga Do?u?lu), and Lale are all wild hair and long legs; they move together like a dangerous gang of fillies, impossibly beautiful and increasingly panicked as their world closes in on them. The older girls are given virginity tests. Their clothes, computers, and telephones are taken away. Female relatives set up what Lale cheekily calls a “wife factory” in the kitchen, where the girls learn how to cook. They literally become prisoners in their own home after their uncle installs bars on the windows. And that’s just the beginning.

Although it invites comparisons to The Virgin Suicides, Mustang’s rebellious spirit benefits from a point of view that’s intimately female, thanks to a great script by Ergüven and Alice Winocour. The film gets its message across subtly; as the girls’ uncle takes control, their world shrinks down to the circumference of a wedding ring. Luckily, some wild horses can’t be broken.

Tags: from the magazine , movie review , bust guide , mustang , Deniz Gamze Ergüven
Support Feminist Media!
During these troubling political times, independent feminist media is more vital than ever. If our bold, uncensored reporting on women’s issues is important to you, please consider making a donation of $5, $25, $50, or whatever you can afford, to protect and sustain BUST.com.
Thanks so much—we can’t spell BUST without U.