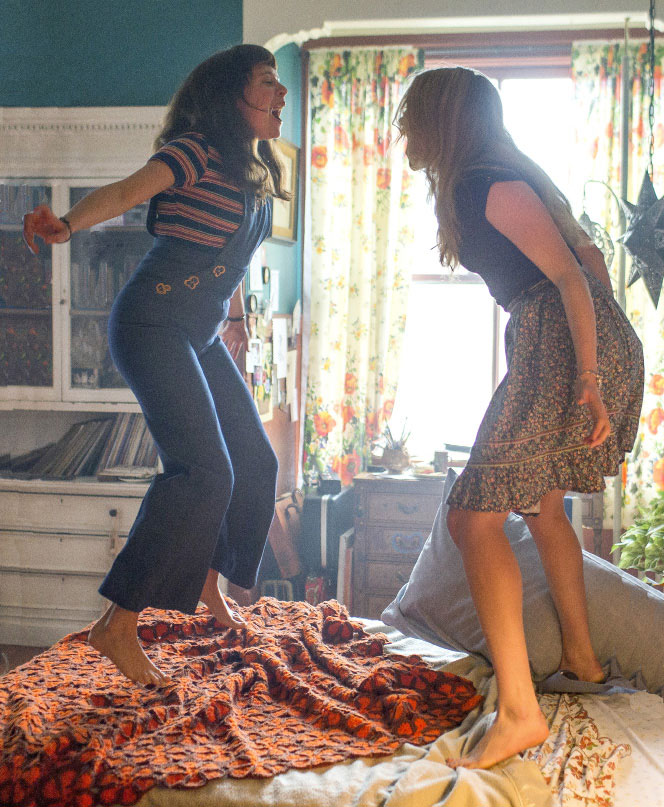 When it was first published in 2002, Phoebe Gloeckner’s semi-autobiographical illustrated novel, The Diary of a Teenage Girl: An Account in Words and Pictures, won a legion of diehard female fans who saw some version of themselves in 15-year-old heroine Minnie Goetze. The story pops with the dizzying energy of teenage girlhood, from Minnie’s unabashed horniness and joie de vivre to her bouts of depression and lovelorn misery.

What’s particularly remarkable about the book is how Gloeckner captures the morally murky emotional landscape of sexual awakening. The minefields Minnie traverses are no joke—she enters into a secret relationship with her mom’s boyfriend Monroe, and later hooks up with a girl who trades Minnie’s body for pills, among other disturbing events—but Gloeckner never pulls a punch. Minnie is no naïf, and although bad stuff happens to her, she’s not a victim either. Diary was and still is a breath of fresh air in the female coming-of-age genre.

Beginning in August, moviegoers will be able to meet Minnie Goetze all over again when Diary hits the big screen as a live-action film. Marielle Heller is making her directorial debut with the film, which she also adapted. And young British actress Bel Powley brings Minnie to remarkable life, alongside Kristen Wiig as Minnie’s mess of a mom, Christopher Meloni as Minnie’s former stepdad, and Alexander Skarsgård as Monroe, the object of Minnie’s (and Minnie’s mom’s) affections. With audacious source material, deft direction, an excellent ensemble cast, and cool animations that bring Minnie’s artistic visions to life, Diary is a movie you simply can’t miss.

Here Gloeckner, 54—who is currently a professor at the Penny W. Stamps School of Art and Design at the University of Michigan and working on a multimedia project about Juárez, Mexico—opens up about fans, familial fallout, and just what the heck “the truth” is, anyway. 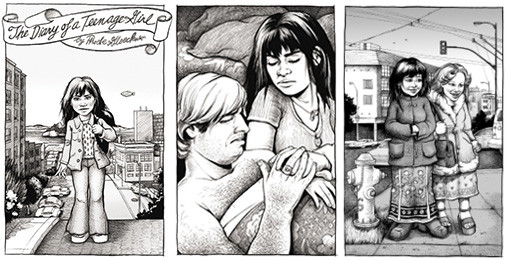 How did you feel the first time you saw The Diary of a Teenage Girl on the big screen?
Like any writer’s work, it’s based on my own experience, so I’m comparing it to reality, but I thought it was great. It could have been horrible. It could have been the worst thing, the most embarrassing thing in the world, but it wasn’t! I really enjoyed it. I got to see a lot of it being shot, and I got to know the director really well, so it wasn’t even a matter of liking it or not liking it; it was just a weird experience.

Does it bother you that people often conflate you with your character Minnie and think of The Diary of a Teenage Girl as a straightforward memoir?
Yes, of course it bothers me. When someone says it’s a memoir—a strict memoir—that implies that it is “the truth.” And nothing is the truth. No history is the truth. We’re always telling ourselves stories. We’re always interpreting our lives in order to define ourselves, and we do it over and over and over again. We tell these stories to ourselves. So, to say that anything is the truth, even history books, it’s ridiculous, because it’s all picking and choosing.

What has the fan reaction to your work been like?
It's always very moving, actually. People write to me and say that they've always wanted to tell a story about some part of their lives and they’ve always been afraid, or felt like they weren’t allowed to say it. But reading that book gave them the strength to think about doing that piece, whatever they were going to do. People say that they feel like it's real, and that means a lot to me.

I know Diary isn’t strictly autobiographical, but was there any fallout from your family after it came out?
I don't think any of my family has read the book except my kids. My mother does not want to read it. My sister's afraid to read it. I sent a copy to the guy who is called “Monroe,” and he started reading it and then he stopped and said he couldn't read it any more. I'm not friends with him, but I saw him on Facebook so I reached out, and said, "Hey! [laughs] Want to read this book?" So, I think it does kind of scare people in my family, and it’s been hard for me because these things happened in one form or another. I always had this guilt in the back of my head, like, I’m not allowed to talk about those things. Of course, in order to write the book, I had to overcome that. But you always feel a little twinge of something, you know? 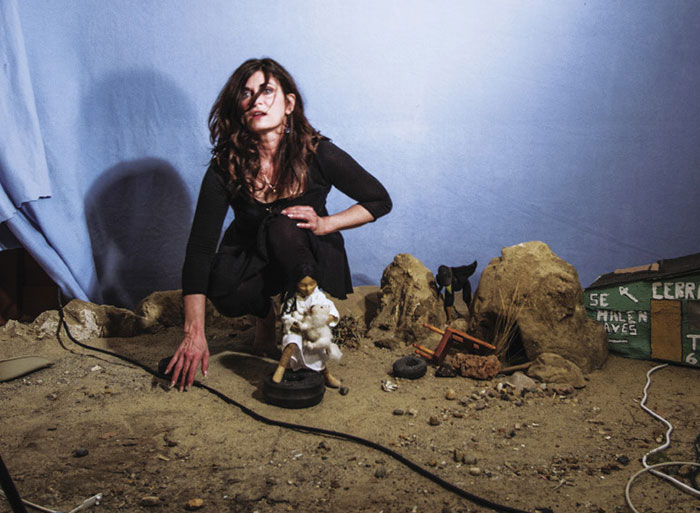 Tags: movies , books , from the magazine , interview , entertainment , diary of a teenage girl , phoebe gloeckner , talk tuesday
Support Feminist Media!
During these troubling political times, independent feminist media is more vital than ever. If our bold, uncensored reporting on women’s issues is important to you, please consider making a donation of $5, $25, $50, or whatever you can afford, to protect and sustain BUST.com.
Thanks so much—we can’t spell BUST without U.