Details
BY BUST Magazine
IN Movies
Published: 09 May 2014 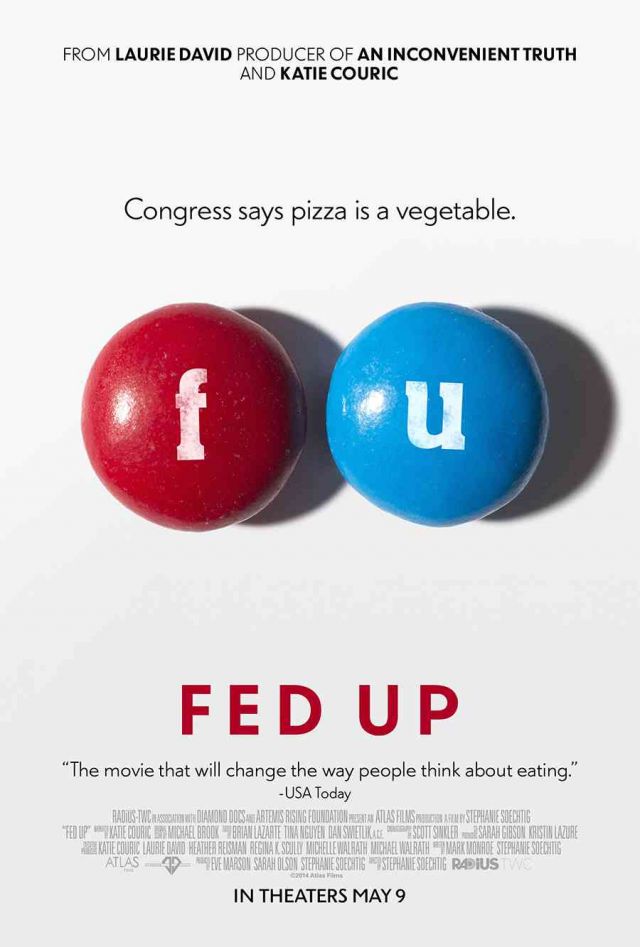 There is no denying that food and health documentaries are big right now. The success of films like Food, Inc., Forks Over Knives, and Killer at Large have proven how science and nutrition can make it big at the box office. The market has been saturated. So why then would a heavy hitter like Katie Couric spearhead yet another one of these films? The answer is clearly there in the film. Fed Up is a passion project from a group of concerned women fearfully anticipating that this generation will be the first where the children are not expected to live longer lives than their parents. The female driven production team, led by director Stephanie Soechtig and Executive Producer Katie Couric, craft a unique take on the familiar "Obesity Epidemic" headline. The documentary builds on the foundation that Couric has established over her 30+years as a reporter and moves toward a new dialogue concerning itself with medical science and statistical data, rather than body snarking and finger pointing. The new conversation presents a different hypothesis, examining processed sugar and the way it is processed in the body. It is a well-researched film that presents medical science and statistical trends in an easily digestible fashion. The documentary isn’t a low-budget exposé, but rather a call-to-arms from the elite. Katie Couric was able to give the project some major gravitas and secure interviews from some big names, including Michael Bloomberg, Michael Pollan, and Bill Clinton. One wishes that this film could have been made a decade ago, before all the other food documentaries. Had it been released prior, it might have had more of a substantial impact.